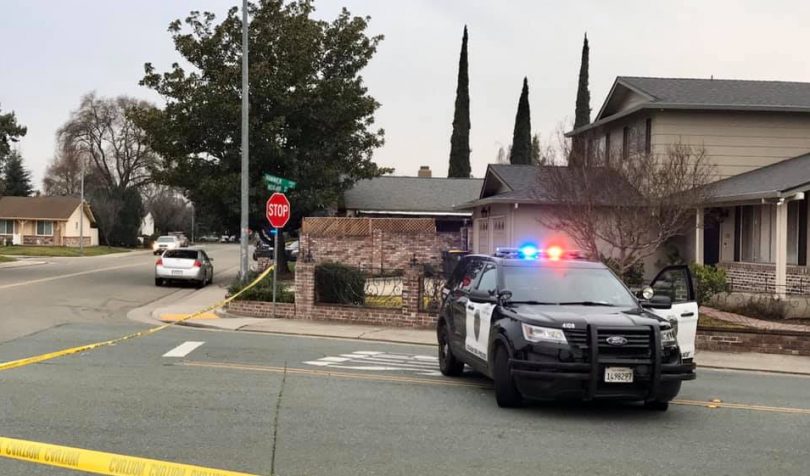 A new report quantifying the cost of gun violence in Stockton, CA, estimates that each shooting homicide involving one suspect costs taxpayers $2.5 million.

This figure is likely underestimating the financial toll on the city, according to NICJR.

When the number of suspects increases to two, the per homicide rate jumps to $4.8 million.

NICJR calculated that injurious (but not fatal) shootings involving one suspect cost the city approximately $962,000 each. 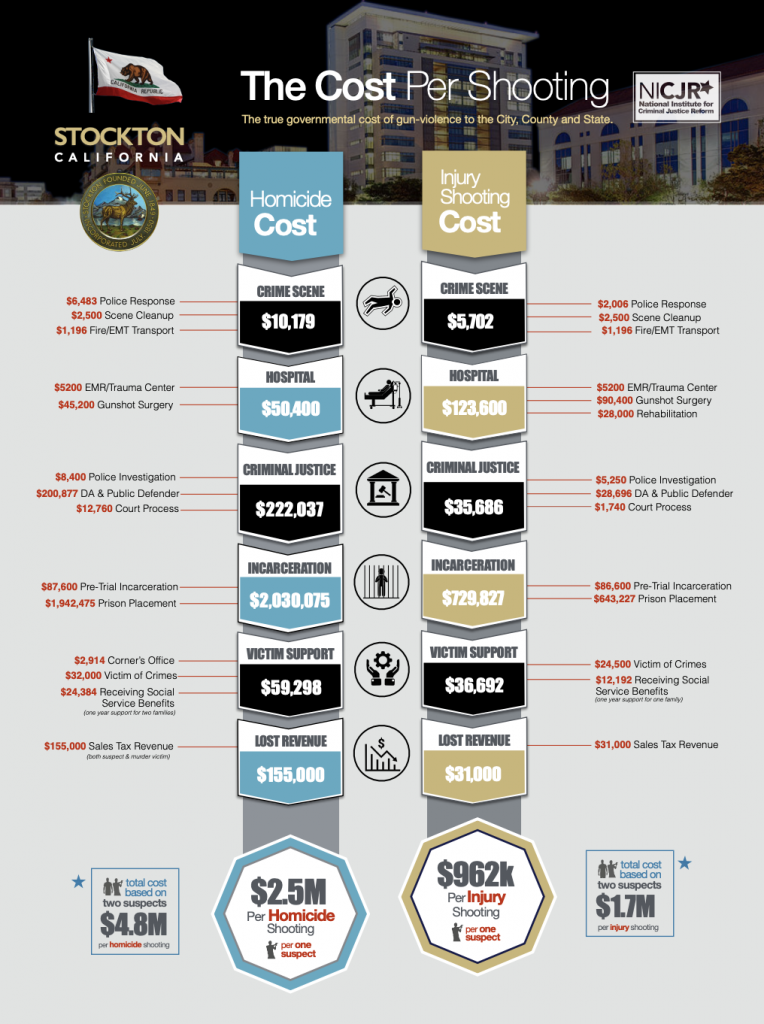 When Stockton Police Chief Eric Jones took the helm in 2012, the city of 300,000 experienced 71 murders — a rate higher than that of Chicago.

Since then, Jones, with the help of city and community allies, has improved homicide clearance rates and reduced the city’s once-soaring violent crime numbers, by “listening in a new way” to the communities experiencing violent crime, and by moving away from a “zero-tolerance” policing model.

Over the last four years, Stockton experienced a total of 153 shootings that resulted in injuries or fatalities. Annually, these shootings cost approximately $250 million, according to the nonprofit National Institute for Criminal Justice Reform.

Using these estimates, the report concludes that reducing gun violence levels by an additional 20 percent could save the city $50 million each year.

The report is part of a series looking at the financial impact of gun violence across the U.S. So far, the other cities NICJR has studied are Dallas, Detroit, Mobile, Orlando, and St. Louis.

Stockton’s cost per homicide is the highest among the six, followed by Detroit’s $1.6 million-per-fatal shooting.

NICJR estimates that at the state-level, violence costs California taxpayers $1.4 billion per year. The report’s estimates do not include lost income and costs to employers, as these are not expenses passed on to the taxpayer.