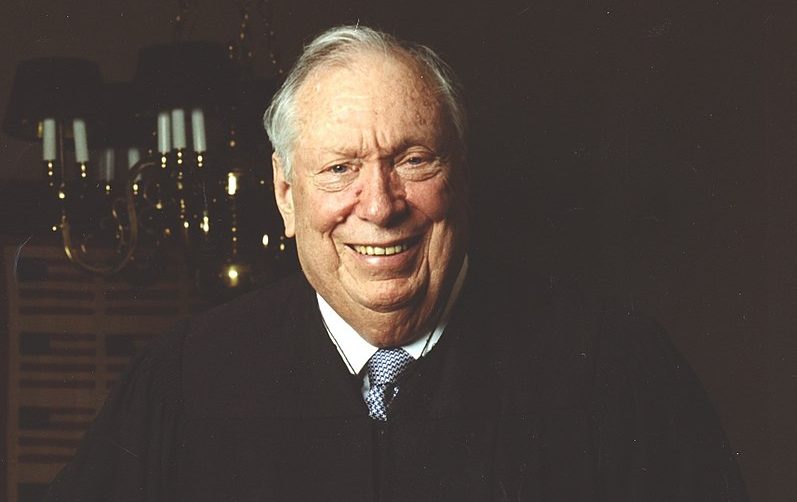 When Judge Stephen Reinhardt, still at age 87 a sitting justice of the Ninth Circuit Court of Appeals, died of an unexpected heart attack on March 29 in Los Angeles, even those who repeatedly criticized his unabashedly liberal leanings, lamented the passing of the “liberal lion of federal court.”

Judge Reinhardt was considered to be one of the most liberal judges on the circuit, a perception that was likely furthered by the fact that he was married to Ramona Ripston, who served as executive director of the ACLU of Southern California for 38 years before her 2011 retirement.

Yet he earned the “liberal lion” sobriquet all on his own.

“Someone must carry on the work of the court’s great progressive thinkers — the justices who ended de jure racial segregation, brought us one man/one vote, opened the courts to the poor and needy, established the right to counsel for all defendants, gave women true legal equality,” he wrote when taking President Bill Clinton sharply to task for not appointing more liberal judges to the federal bench.

Reinhardt, who is survived by his wife, Ripston, their three children, and seven grandchildren, was “one of the giants of the law,” said Ninth Circuit Chief Judge Sidney R. Thomas. It was a reputation deserved “by virtue of a brilliant legal mind, an unmatched work ethic and deeply held principles,”

Judge Reinhardt also had a record for having an unusual number of his cases reversed by the U.S. Supreme Court.

“They can’t catch ’em all,” he once cheerfully told the Los Angeles Times on the topic of his disproportionate percentage of reversals.

The final appointee of President Jimmy Carter, Reinhardt served on the panel of circuit judges who struck down Proposition 8’s ban on gay marriage in California.

The ban “serves no purpose,” he wrote, “and has no effect, other than to lessen the status and human dignity of gays and lesbians in California, and to officially reclassify their relationships and families as inferior to those of opposite-sex couples.”

The jurist decided a number of other noteworthy criminal justice cases that WitnessLA has followed over the last decade.

A panel that included Reinhardt also handled former Los Angeles County Undersheriff Paul Tanaka’s appeal for the 9th Circuit Court of Appeals. The panel denied Tanaka’s appeal to overturn his conviction for obstruction of justice and conspiracy to obstruct justice. Tanaka is currently serving a five-year sentence in a federal prison in Colorado.

Last October, Reinhardt wrote the opinion for the 9th Circuit ruling that immigration judges must consider detained immigrants’ financial circumstances and ability to pay, as well as possible non-monetary alternatives to cash bail, when setting a bond amount.

Prior to the 9th Circuit’s ruling, judges did not have to consider immigrants’ ability to pay when setting bail.

In another immigration case, Reinhardt and two fellow circuit judges ruled that unaccompanied minors detained by federal immigration authorities are entitled to a bond hearing before an immigration judge. “In the absence of such hearings, these children are held in bureaucratic limbo, left to rely upon the agency’s alleged benevolence and opaque decision making,” Judge Stephen Reinhardt wrote in a 40-page decision.

In another noteworthy case WitnessLA followed, Reinhardt slammed the Orange County Probation Department for continuing to try to squeeze money from a mother after she had gone bankrupt trying to pay more than 16,000 dollars for her teenage son’s incarceration. The Probation Department’s tireless pursuit of the debt was in opposition of “the goals of juvenile correction and the best interests of the child, and, ironically, impair the ability of his mother to provide him with future support,” Reinhardt wrote in the ruling.

“I once heard it said that you don’t need many heroes if you choose your heroes wisely,” Dean Erwin Chemerinsky, of the University of California, Berkeley, School of Law, wrote in an essay for American Prospect last Friday. “I don’t have many heroes. But one was Stephen Reinhardt.”

Hector Villagra, executive director of the SoCal ACLU, who clerked for Reinhardt in the 1990s, called the news of Reinhardt’s passing “devastating.” Villagra praised Reinhardt as a “brilliant” and “hard working” jurist.

“I remember once being in his chambers at 11:00 o’clock on a Saturday night when he was writing a dissent because the full 9th Circuit had decided not to rehear a death penalty appeal,” Villagra said. “He knew it was totally pointless; it wasn’t going to affect the outcome. But it was the right thing to do, and that’s what mattered. He wanted his voice and his objections heard.”