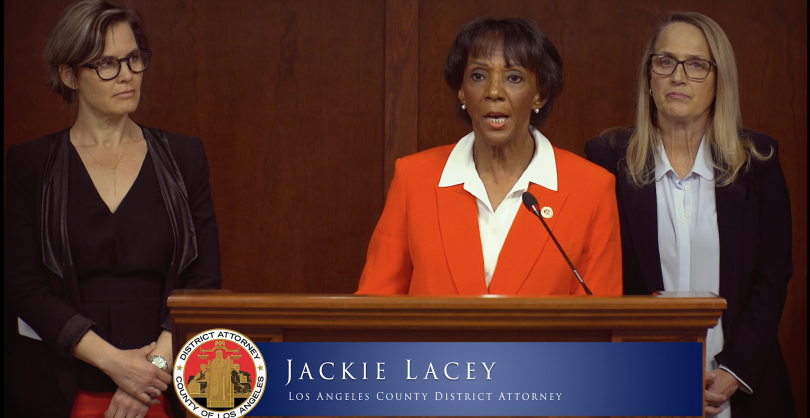 Here’s what I have concluded: The DA’s office needs a course correction. I do not have anything personal against the current District Attorney, Jackie Lacey. I believe she is well-meaning. I do not believe, however, that she is the leader the county’s DA office desperately needs.

A few years ago, I heard DA Lacey speak at a judge’s meeting about a mentally ill young woman with no criminal record who, during a psychotic breakdown, committed a carjacking. Let’s call her “Lucy.” Lucy’s parents arrived in Lacey’s office to beg for leniency so their daughter would not end up with a violent felony on her record. Lacey described her compassion for the family’s plight, and how she intervened to lessen Lucy’s charge of robbery and her punishment. According to DA Lacey, this was the type of mercy for the mentally ill that she wanted her prosecutors to administer.

Since hearing that speech, numerous Lucy’s have appeared before me. Dozens of prosecutors have floated through my courtroom representing the DA’s position in cases such as Lucy’s. Defense attorneys, armed with medical histories, past and current, have urged compassion for their clients. Rarely, if ever, was compassion granted in the manner DA Lacey described.

In one case similar to Lucy’s, a young woman was charged with two robberies in which, during a psychotic episode, she grabbed cell phones from two victims she thought were taking her picture. She was found at the scene hiding in a manhole, trying to avoid having more pictures taken of her.

Even though the DA’s office agreed that the second Lucy was also mentally ill, and attending college, the deputy DA in court, as well as his supervisors, would not budge from their insistence that the young woman must plead guilty to the felony charge of robbery, ensuring a lifetime of job rejections.

Why did this happen? While DA Lacey may truly believe in compassion for the mentally ill, she has not been able, in seven-plus years in office, to insist that her deputies follow her lead. My conclusion is that while DA Lacey may be a kind person, she is not a strong enough leader to bend the culture of her office to comply with her stated philosophy.

A deputy DA who adopts a “tough on crime” position will never suffer a negative career consequence in the current LA County District Attorney’s office. Many deputy DA’s who want to exercise compassion to the Lucys of the world, though, do exist.

I know this because they have confided their frustrations to me. Unfortunately, the compassionate DA’s job evaluations are written by numerous old-school supervisors who will label any DA as “soft on crime” if he or she urges compassion against a supervisor’s wishes. The prosecutors are at their supervisors’ mercy. No one will get a better performance review for urging more lenient sentences when they are called for.  Instead, deputy DA’s who are “soft on crime” risk their reputation and assignment.

Why has DA Lacey never assured her troops that she will not banish DA’s to unfavorable assignments if they question the unnecessary harshness of their supervisors’ policies? And why has she not delivered the same policy message to her supervisors?

DA Lacey has bragged of her office’s creation of a “diversion” program for the mentally ill. Yet, although my caseload contained at least 40 percent “yellow shirts,” (prisoners classified as having serious mental health problems), I have rarely, if ever, heard a deputy DA in my court voluntarily agree to diversion in a serious case, such as that of Lucy II and her cell phone robberies. DA Lacey’s campaign rhetoric sounds persuasive on the subject of diversion programs, but the actions of her staff speak louder than her words.

I’ve witnessed close-up that the sentencing policies of DAs working under Lacey are erratic and unreasonable. Respect for the criminal justice system requires those in charge to show the public that they are fair and even-handed. DA Lacey has not ensured sentence consistency from courthouse to courthouse, floor to floor, head deputy to head deputy.

Here’s how bad it is: on one floor of the downtown criminal courthouse, the DA supervisor mandated that every person convicted of the crime of “evading the police” be sent to state prison. On a different floor, the DA supervisor often agreed to probation and local custody for the same crime. How can a person’s fate be so cavalierly determined?

Sentences in other types of serious cases are equally inconsistent and sometimes appear drawn from a hat. Individual deputy DA’s attitudes too often do not seem to be driven by the search for a just outcome.  Rather they appear to ask the question: “How much time can we get on this guy?”

For example, a 20-year- old gang member commits a robbery with a gun. He wants to plead guilty, but the DA’s office says he must agree to fifteen years in prison, a sentence randomly selected because it is 50% of the maximum in that case. Rejecting the offer, the defendant goes to trial and is found guilty. Now the DA’s office wants twenty-five years, close to twice the initial sentence offered.

Frequently, I’ve questioned the prosecutors on the change in sentencing.

“Why did your offer go up just because the defendant exercised his constitutional right to go to trial?” I asked in one instance.

“We had to call in the witnesses,” the deputy DA told me. “We always ask for more custody if a defendant goes to trial.”

That is not a response that inspires confidence. What was the robbery case worth? Where is the statistical evidence showing the years needed to prevent re-offense?

No one ever seems to know. The DA’s just know they are required to offer a lesser amount for an earlier plea and then ask for the max, or close to it, after a defendant loses at trial. There is rarely an effort to sentence with the purpose of protecting the public and rehabilitating the convicted. This failure to act with informed purpose is not justice. This is, again, prosecutors worrying about pleasing supervisors, and, not risking being considered “soft on crime.”

Where is DA Jackie Lacey in this picture? Why isn’t she taking the lead in applying the latest research on re-offenders?

As a judge, I hold myself to blame for going along too many times with non-research-based sentences.

In the 1990s, DA’s and judges got used to asking for and administering severe sentences. When defense attorneys challenged the lengthy sentences on appeal, the higher courts said they were not “cruel or unusual.” We all became blasé, especially DA’s, many of whom have never seen the inside of a jail or a prison first hand.

More recently, in California, and across the nation, we have seen reforms of those destructive attitudes and policies. But, today, in the Los Angeles County D.A’s office, that knee-jerk response persists.

For all of the above reasons, I believe it’s time for a change at the highest level in the county’s DA’s office.

I also believe George Gascón is the right person to lead that change.

Gascón will make sure that he gives clear directives to his DA’s that rehabilitation is not a dirty word. He will insist that when deputy DA’s take a case to court, they will not be retaliated against for seeking justice, not solely focusing on a “win.” Also, George Gascón will identify mentally ill offenders ​at the beginning of the arrest process​, when such conditions can be included in the charging calculous, not at the end, after offenders struggling with their mental health been jailed for months, and have risked being further damaged. These directives and others will begin to change the culture of the DA’s Office.

As a former First Assistant Chief of the Los Angeles Police Department and the chief of two other police agencies, Gascón fully understands that public safety is essential to community health. Yet, he is also committed to punishing police officers who go astray, and doing so fairly.

There is a reason why the police unions have pumped nearly two million dollars into defeating Gascón. I also spent years as a prosecutor and LAPD Inspector General scrutinizing police misconduct. These cases are difficult. But on-duty misconduct needs to be appropriately prosecuted.

There are many other areas that point to the need for change, such as Lacey’s resistance to criminal justice reform until she’s pushed into it. DA Lacey is not the reformer who is needed to support deputy DA’s who want to do the right thing. She has failed to keep supervisors from browbeating courtroom prosecutors who in turn browbeat criminal defendants. ​At the same time, she has been slow to file on prominent defendants in addition to law enforcement.

The people behind the millions being dumped into keeping DA Lacey in office are promoting false narratives to scare voters into believing George Gascón is preparing to open the prison doors, and that he will put public safety at risk.

They are also claiming that DA Lacey is at the forefront of protecting defendants with mental illnesses and promoting diversion programs. The plain facts say otherwise.

Change can be scary, but right now it is necessary if we are to commit ourselves to public safety ​and justice in Los Angeles County. 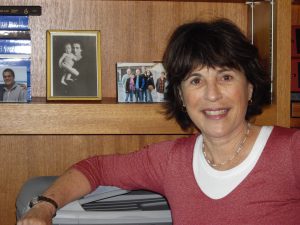 WitnessLA does not endorse candidates. But we welcome informed opinions on all sides of relevant local races. So, as this election season continues to unfold, please contact us if you believe you have something important to contribute: celeste@witnessla.com