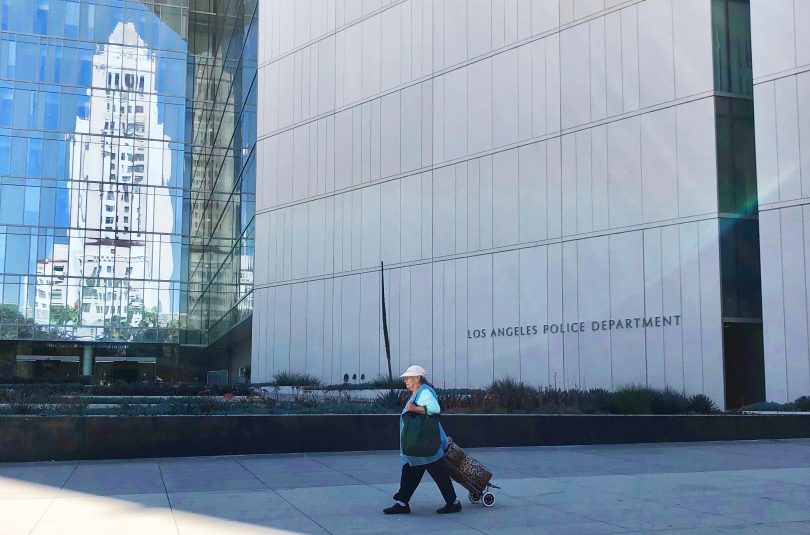 When Los Angeles Police Chief Charlie Beck retires in June, he’ll leave to his successor the best police department in the city’s history—-one that’s no longer the hated, pugnacious symbol of repression it used to be, or a primary instigator of the class and race volatility that once made the Los Angeles Police Department (LAPD) infamous throughout the world, and ignited two of the bloodiest American riots of the 20th century.

As the Los Angeles Police Commission and Mayor Eric Garcetti begin the selection of a new chief, they must find a candidate who checks a lot of challenging boxes. The best and worst in the department’s modern history provide a template — a set of qualities to shun and characteristics to seek. All it would take to undo much of the trust and goodwill earned by the LAPD over the past 15 years, for example, is a string of controversial incidents in one of its volatile divisions that could provoke a riot—if it’s badly handled by a new chief without the “right stuff.”

Searching for a chief with the right stuff begins with selecting someone with the right temperament and experience. In Los Angeles, that means someone with a cosmopolitan understanding of their city’s extraordinarily diverse population, and a keen awareness of how each police division needs to be individually policed to meet the expectations of today’s politically aware and vocal city dwellers—especially communities of color.

Chief from 1950-1966, Bill Parker was at first an exemplary chief for his time and place, but it didn’t last. He was a military man. When he took over, the force was mired in on-the-take corruption. He made any violation a career-ending sin, and honesty an essential virtue in new recruits, steps New York and Chicago didn’t take until decades later. But by the 1960s, Parker’s deficits were showing. He was autocratic; and worst of all, deeply racist. He denounced the “wild tribes from Mexico” pouring into his city and devised the intrusive, often brutal “occupying force” policing strategy in black L.A. that ignited the Watts riots in 1965 and haunts the department still.

As the city’s African American newspaper, The Sentinel put it: “Hardly a day passes without…physical evidence of beatings [in the black community by LA cops.]…led by a chief who has shown an unbelievable contempt for our Negro and Mexican American communities.” (Los Angeles Sentinel, 8/17/61)

Ed Davis, chief from 1969-1978, and later a California state senator (1980-1992), shared Parker’s world view and many of his most egregious leadership qualities. But the bullying manner in which he dealt with conflict and adversity should be a red flag to anyone choosing a new chief. Smart, big and mean, Davis utterly, uncompromisingly, believed the LAPD should be accountable only to him. His go-to response to any perceived criticism was to declare war. For example when a TV reporter decided to investigate a raft of bad LAPD shootings, Davis ordered the reporter’s head shot placed on the targets at the Police Academy’s shooting range, and stickers with his last name pasted on patrol-car rear bumpers: ” [Wayne] Satz Sucks.”

As Davis’ immediate predecessor, Chief Tom Redden pointed out: “When Ed Davis fought with everybody, the cop on the street thought he could fight with anyone, too.”

And that’s what L.A. cops did over the ensuing decades. They copied his behavior and, in the process incited trouble and anger.

Daryl Gates (1978-92) had just about every red-flag quality the city should avoid in a new chief: intransigence, narrow-mindedness, arrogance. He saw his troops as his only constituency and he defended and ultimately encouraged them no matter how outrageous their behavior. Gates’ LAPD was the culmination of the sins of Parker and Davis. He simply didn’t care that vast numbers of Angelenos hated the department and felt impotent to change it. Just as Parker’s force helped precipitate the Watts riots a generation earlier, Gates’ LAPD laid the foundations for 1992’s explosive insurrection.

Willie Williams left his post as Philadelphia Police Commissioner to succeed Gates. The former Philadelphia Police Commissioner, Williams, who served from 1992 to 1997, was chosen because he was an outsider—the first in 40 years—and most explicitly, because he was African American. But he possessed none of the qualities needed to be the new reform chief of a riot-torn city.

He arrived knowing no one, trusting no one, and made no allies. Incurious and inept, he lacked the skills and energy to gain acceptance within the department or to reform it. Unceremoniously dismissed five years after being hired, Williams represented a missed opportunity for meaningful reform. The Williams lesson should be a warning to Los Angeles commissioners currently examining new applicants—as well as to other cities experiencing a change in senior police management.

Thoroughly vet your candidates;
Avoid choosing a chief because he or she is a symbol. (The job’s too big and important for that.)

Bernard Parks, who succeeded Williams in 1997, was also ill-suited for the job. Smart, and knowledgeable, the 32-year LAPD veteran knew his city, and was highly regarded by his own black community, downtown politicians and department insiders. But like his predecessors, he thought he could run the LAPD as his own private fiefdom, and treat critics and the press with disdain. He also had a quality that must be avoided in a new chief.

He was imperious—headstrong and authoritarian. So thoroughly did his inappropriately harsh and indiscriminate discipline and top-down management alienate his troops, that they lost confidence in him. Parks never got it back, and thus could not continue as an effective leader.

The lesson was clear to Charlie Beck, who served under Parks as an ambitious young officer (and inherited his seat a decade and a half later). “The way a chief treats his cops is the way that they will treat the community,” Beck later told me. “If you treat cops like fools, or if you’re over-dependent on harsh discipline, that’s what they’ll learn [and act out] on the street.”

Becks immediate predecessor, Bill Bratton, changed the paradigm. As chief from 2002-2009, Bratton was confident, reform-minded, and willing to listen. He was an outsider and a reformer (Boston and New York) committed to rational, accountable, modern policing. He didn’t stick to an antiquated manual. He freed his field captains to tailor the organization of their divisions to different needs. He made the LAPD a thinking organization, unafraid to take the initiative.

Bratton added two must-have qualities to the chief checklist: He was flexible and innovative.

The current chief, Charlie Beck — native Angeleno, 40-year LAPD veteran — cemented the reforms Bratton began. His temperament is the right model for the next chief. He has internalized the way the city works and his interpersonal skills have allowed him to forge ties with the liberal police commission, the conservative police union and the city’s diverse communities. He won rank-and-file buy-in for body cameras and a new “de-escalated” shooting policy; he absorbed criticism without public rancor.

Los Angeles knows from experience how tenuous police-community goodwill can be in a city with deep racial and economic divides, competing stakeholders and a volatile crime rate. It’s next police chief must be strong but not authoritarian, confident but not arrogant, willing to reach out in all directions, committed to best practices and constant evolution.

Los Angeles knows from experience how tenuous police-community goodwill can be in a city with deep racial and economic divides, competing stakeholders and a volatile crime rate. It’s next police chief must be strong but not authoritarian, confident but not arrogant, willing to reach out in all directions, committed to best practices and constant evolution.[/caption]

History shows that Los Angeles pays if the wrong person runs the LAPD.

The lesson for the commission and the mayor is simple: Don’t screw this up.

Joe Domanick, Associate Director of the Center on Media, Crime and Justice at John Jay College, and West Coast bureau chief of The Crime Report, is the author of two books on the LAPD. His first book, “To Protect and to Serve: The LAPD’s Century of War on the City of Dreams,” was published in 1994. His latest book, “Blue: The LAPD and the Battle to Redeem American Policing,” is now out in paperback.

This essay was previously published by The Crime Report and, in a different version, by the Los Angeles Times.