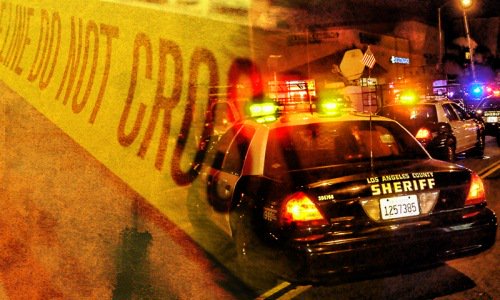 In the last five years, 207 people have died while in the custody of the Los Angeles County Sheriff’s Department, or in incidents involving lethal use of force by LASD deputies in the field.

Whatever the circumstances of such deaths, they are understandably deeply traumatic for family members.

According to a new report released by the LA County Sheriff’s Civilian Oversight Commission (COC) last Thursday, families of those who died, are very often left without adequate information regarding the circumstances surrounding the death of their child, parent, sister, brother or other family member. Then, once told, families are often treated clumsily by law enforcement, and do not receive sufficient support to address the trauma they experience following the crushing loss of someone they love.

The report came about after the COC received what commission members described as a “substantial number of requests” from LA residents and community groups urging them to look into the ways the LASD interacts with the families of those seriously injured or killed after contacts with the department.

Community members were particularly insistent that, when comes to fatal use-of-force cases, those collaterally affected needed to be handled far more compassion and understanding than was too often presently the case.

The LA-based Youth Justice Coalition, which is active in justice reform all over the state, researched and wrote up their own “Family Member Bill of Rights,” which they gave to the COC, in the hope that the commissioners would push the Los Angeles County Board of Supervisors and the sheriff’s department to adopt a similar set of principles.

[For the YJC’s suggested Family Member Bill of Rights see Appendix A in the COC report.]

In response to all of the above, the COC formed a special ad hoc committee to look deeply into the matter, and then to make recommendations.

In the course of its work, the committee conducted in depth meetings with LASD staff, plus with members of the coroner’s office, and other county agencies and departments. In addition, the committee dug into what kind of family outreach programs existed to help families following a serious injury or a death.

Most importantly, the committee members met with families who’d been through the kind of  devastating events the COC was probing.

“Hearing family members’ heartbreaking experiences illustrated that they are grieving victims, and they should be treated as such,” said Patti Giggans, a member of the special ad hoc committee, and also the COC’s new chair.

Sitting down with families who had lost loved ones, in addition to meetings with the various county departments and community organizations, eventually allowed the committee “to identify gaps in service,” said Giggans.

Among the problems that emerged were accounts of families getting information about the death of a family member that was confusing, contradictory, and woefully incomplete.  It didn’t help that the news was frequently not delivered in a “sensitive manner,” according to the report.

In some instances, families said that they were not told by the LASD that their family member was dead at all, but instead they heard the awful news from the media, or via community rumors.

In other cases, families got mixed information concerning the location of the body of their loved one.  And nearly every family the committee spoke with requested a much clearer explanation as to the protocols regarding “whether or not they are allowed to see the body, either at the scene, hospital, or at the morgue, and when that may occur.”

Another hot button topic for affected families and communities was the request for the LASD to withhold comments that were not directly pertinent to the investigation, particularly those sort of comments that tended to “discredit or vilify the decedent.”

Families and community members pointed to phrases like, “’he was a known gang member,” which they felt suggested prematurely that “the use of force might be justified based on that fact alone.”

Such comments only add to the family’s trauma, wrote the report’s authors.

“Whether the decedent is a gang member or not, such a fact is not relevant to the use of force.”

Furthermore, the report concluded, unnecessarily pejorative comments  diminish “trust between LASD and the community. This is especially true “in marginalized communities and communities of color,” some of whom have had a negative history with law enforcement.

After identifying what the committee members believed to be the primary systemic issues that have prevented timely, trauma-informed, and clear communication with families and communities following a sheriff’s department-related death, the commission voted to make the following seven recommendations (which are broken down in more detail in the report itself):

The value of change

“Losing a loved one unexpectedly is a traumatic event that requires an extensive amount of time to process,” the report concludes.  Although the details surrounding each in-custody death or fatal use of force vary, the common denominator is “the grieving family and the need for access to information.”

Effective communication with families following an in-custody death or fatal use of force, isn’t always easy, wrote the report’s authors, especially given “the unique pressures and legal requirements” that department members are expected to adhere to, “amidst an often highly charged and emotional scene.”   Thus the needed trauma-informed approach will likely require “a cultural shift within LASD,” according to the report.

But the commission believes that the payoff will be worth it, and that making the necessary changes will help build a stronger “unifying bridge between the community and LASD” by illustrating to the grieving families and the community “that their concerns regarding transparent communication are valid and require immediate attention.”

Following its approval on Thursday, the COC submitted the report to the both the LA County Board of Supervisors and the sheriff’s department for action.

According to Supervisor Mark Ridley-Thomas, who has already authored a motion on the topic, the report will be an important tool for the county.

“I commend the Civilian Oversight Commission for proposing supportive, common sense, trauma-informed solutions after hearing directly from grieving family members who have experienced loss after encounters with law enforcement,” he said—adding that the board will be giving the new COC report its “full attention” on October 9th, when his motion will likely come up for a vote.

“I look forward to fully realizing these recommendations,” said MRT.

The oversight commission members themselves sounded upbeat about the report being put to productive use, rather than becoming one more well-intentioned document luxuriating on one more county shelf.

“This process is a model example of the effective work the Commission can do through deep listening, research and inquiry,” said COC chair Patti Giggans.

Commissioner JP Harris, who is a retired LASD lieutenant, was similarly enthusiastic.  The report, he said, was “a great example” of how the community, the sheriff’s department, and the oversight commission can work together “toward the same mission—to make the system better and more humane.”