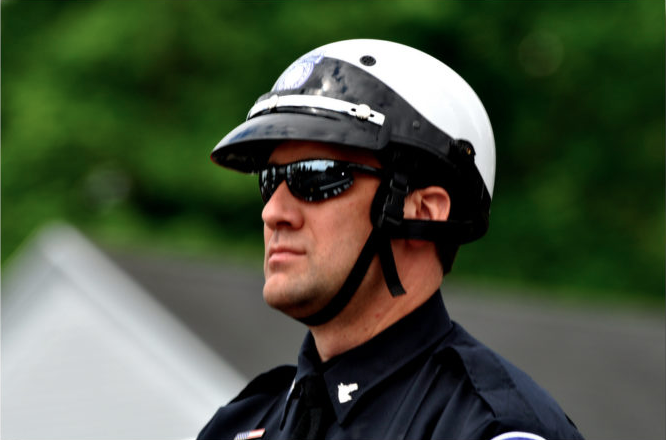 If cops provided first aid to individuals they shoot, regardless of the reason for the shooting, would that change the festering hostility towards law enforcement in America’s at-risk communities?

Soon after the fatal police shooting of an unarmed black man in Tulsa last September, a Los Angeles officer told criminologist Lawrence Sherman that SWAT teams in his city were trained to provide immediate medical help to anyone injured during police actions—even those shot by police themselves.

“Didn’t they get that memo in Tulsa?” he said, half-jokingly.

Sherman recounted the story at a panel at Fordham Law School Wednesday to argue that the recurring tragedies of police-caused homicides in the U.S. should be addressed by “reengineering” police procedures and training in ways that encouraged them to save lives, not take them.

“Little changes can cause huge impacts,” Sherman said, suggesting for example requiring all patrol cars to carry hemostatic bandages, often used by the military on the battlefield, that can prevent shooting victims from bleeding to death before they get medical help.

In another example, Philadelphia cops drive victims—including those they have shot—to hospital emergency rooms, added Sherman, who is director of the Jerry Lee Centre for Experimental Criminology and Chair of the Cambridge Police Executive Program at Cambridge University’s Institute of Criminology in the UK.

His point was expanded by Phillip Atiba Goff, Director of the Center for Policing Equity at John Jay College, who said such changes needed to be incorporated into a larger “political ecosystem” that recognized the racial biases built into the history of US policing and that rewarded police for perceiving their jobs as protecting the most vulnerable members of the community, rather than just catching “bad guys.”

“It’s about the difference between ‘warriors’ or ‘guardians,’” he said. “First responders or first line of defense.”

Sherman said addressing the factors that lead police officers to use their firearms in the first place—ranging from a perception that they needed to act quickly to save their own lives to the fear that a suspect’s refusal to follow their commands would “humiliate” them before their peers—was critical to achieving changes in officer behavior.

A lot of shootings can also be explained by officers feeling the urgency to resolve a confrontation quickly so they can be somewhere else where they are needed, Sherman said.

“The solution is to slow things down, create space…so there’s an option to be patient,” he said.

He added later, “Sometimes it’s not just when to shoot, but when to stop shooting.”

Sherman, who also holds the post of Distinguished University Professor at the University of Maryland, was elaborating on a paper he published last month in the Annual Review of Criminology.

The paper argues that the failure of recent attempts around the U.S. to convict officers for shootings of unarmed civilians underlines the difficulty of using legal strategies to punish officers for their actions, and would have little long-term effect on changing behavior or police culture—especially in the smaller cities where most police shootings occur.

Tulsa police officer Betty Jo Shelby, for example, was acquitted in the September, 2017 shooting of Terry Crutcher after a jury decided that she acted according to departmental procedures and training.

“This isn’t a New York City problem; it’s a Ferguson problem.”
Sherman noted that while larger cities had witnessed a great deal of progress in reducing officer-use-of-force incidents, in cities with populations of less than 10,000 some 18 percent of homicides were caused by police.

“This isn’t a New York City problem; it’s a Ferguson problem,” he said.

See also The Crime Report’s: Slow Down, Officer: How to Build a Better Cop

Goff, whose center works with police agencies across North America, countered that while measures like placing hemostatic bandages in police cars or training police to slow their responses are helpful, fundamental change requires police managers and their political masters to acknowledge the systemic biases that pervade American society, of which policing is only one part.

“Neighborhoods that suffer from this problem have a color,” said Goff, noting that the majority of police shooting fatalities were African-American or Hispanic men.

“You can’t use training to shift culture unless the culture is ready to receive training,” Goff said.

But both speakers agreed that looking at police misconduct as evidence of flaws in the systems and procedures established by law enforcement managers to monitor and control police behavior was critical.

Goff cited work his center had done with police in Toronto, Canada to reduce the high number of police stops, mostly affecting individuals of color, as an example. When that city’s police authorities admitted that the criteria they used in promoting officers included the number of street stops they made, Goff’s researchers suggested they eliminate that metric for judging police performance—and let all officers know it.

At the same time, officers were required to give their badge numbers and hand out cards to anyone they stopped and questioned on the street.

Within two months of instituting the new policy, the number of stops recorded plunged from 7,000 to 26, Goff said.

Neither speaker suggested such measures were the ultimate answer to the problem of police misbehavior, but Sherman said that many U.S. cities which had made an effort to reform police procedures had experienced drops in officer-involved shootings.

A “Tactical Operations Procedure” first established by the New York Police Department (NYPD) in the 1970s that required all officers involved in a shooting to go before an internal board to justify their actions sharply reduced the incidence of police shootings in the 1970s. But a 1989 Supreme Court ruling in Graham vs Connor, which allowed police involved in a shooting incident to defend their actions by claiming a “reasonable” fear of danger, undermined its effect, Sherman said.

Similarly, police-involved shootings, as well as overall crime rates, were sharply reduced in Camden, NJ, once ranked as one of America’s deadliest cities, after the entire police force was restructured in 2015 following a financial crisis.

Sherman conceded that many officers would continue to resist advice from academics, community activists and even their police bosses to use patience when dealing with potentially dangerous confrontations because they felt their lives were on the line.

But a coordinated strategy that used some of the same principles of avoiding system “crashes” employed by the aviation and healthcare industries could be effective in smaller cities where police agencies were often understaffed and under financial pressure—with little ability to vet and monitor new officers.

“There would be fewer police killed, and fewer civilians would die,” Sherman said.

Stephen Handelman is executive editor of The Crime Report, where this story first appeared.