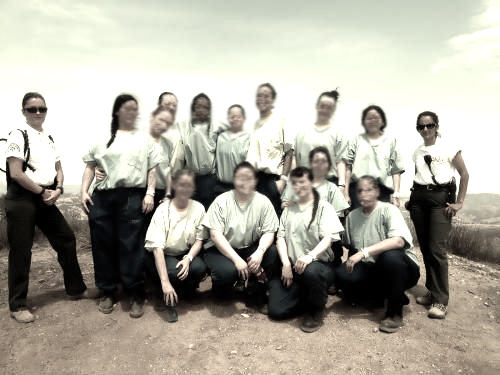 On Tuesday, August 6, the Los Angeles County Board of Supervisors voted in favor of a motion focused on increasing avenues to employment for LA County’s formerly incarcerated fire camp workers.

The LA County Sheriff’s Department pays $10 per day to send people locked in jails to state-run fire camps, where workers earn approximately $2 a day (and another $1 when they’re fighting fires). In order to be eligible for the California Department of Corrections and Rehabilitation’s fire camp program, participants must have been sentenced to LA County jail under AB 109 (prison realignment), or must otherwise be jailed for nonserious, non-violent, and non-sex related crimes.

“Although Los Angeles County (County) relies heavily on some inmates to fight fires, it does not provide any path to employment in the Los Angeles County Fire Department (LACoFD) upon their release,” Supervisors Sheila Kuehl and Hilda Solis say in their motion. “Inmate training and labor may be useful, but constant reliance on it creates a disincentive for other County goals, such as decreasing incarceration and encouraging re-entry services.”

“The Fire Camp program is one of the only inmate programs that lacks a direct employment linkage upon release, which negatively impacts participation in the program,” the motion says.

Despite their training and on-the-job experience, once released, fire camp participants’ convictions often preclude them from working as professional firefighters in their communities.

Tuesday’s motion directs the county CEO, along with the fire chief, the sheriff, and other relevant county departments, to return to the board in 60 days with a report on how best to expand opportunities for fire camp participants.

Kuehl and Solis want the group to look at what it would take to launch a pilot reentry program that would allow fire camp participants to “transition…into the role of a Fire Suppression Aid” employed by the LA County Fire Department, as well as what county facilities–if any–could be used to house such reentry programs.

Last year, former Governor Jerry Brown set aside money to launch a training center in Ventura County where 80 people at a time can receive Firefighter 1 training and certification, in addition to housing, education, services, monthly pay, and job placement assistance. But the program is only open to people in prison, not local jails.

“This means that, even though the prison and jail inmates are housed at the same Fire Camp facilities, receive the same training, and work alongside one another in fighting and preventing our wildfires, only those inmates sentenced to State prison are eligible for the reentry training program in Ventura,” the motion says. “This significantly disadvantages our County jail inmates, all of whom will be released into our community without much hope of gaining employment. The creation of employment linkages for Fire Camp participants is imperative to furthering our goal of ‘care first, jail last’ and to preparing for and fighting future wildfires in our County.”

The motion calls on the county CEO to explore the feasibility of contracting with the California Department of Forestry and Fire Protection in order to expand the state training center’s eligibility to include county inmates sentenced under AB 109–also known as prison realignment. (For those unfamiliar, in 2011, AB 109 shifted the incarceration burden for people convicted of certain low-level offenses away from California’s prison system—the largest in the nation until recently—to the states’ 58 counties.)

The CEO is also tasked with looking for funding options, including the possibility of using realignment funds to offset the cost of the program offerings suggested in the motion.

This story was updated with additional information after the LA County Board of Supervisors’ August 6 meeting.