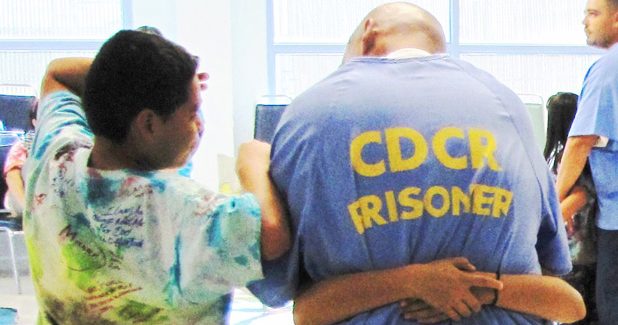 Incarcerating parents doesn’t just affect them, but can also have a major mental health impact on the children left behind, even as those kids become adults.

That’s the crux of a new study published in JAMA Network Open that crystallizes the long-term psychological effects of having a caregiver behind bars. It comes at a time when an estimated 8% of American children have had a parent or guardian imprisoned.

Previous research has shown that incarcerating parents is connected to a wide range of health and behavioral problems in their children, and that minority kids are disproportionately affected.

The study published Friday adds to this bevy of knowledge by identifying the psychiatric disorders and poor social outcomes most likely to affect young adults whose parents had been locked up. The paper was also unique in that it analyzed caregivers and not just parents, and included a large sample of Native Americans, who are overrepresented in prison populations but tend to be understudied (their children were found to have similarly adverse effects as other groups).

“I think this study is adding a slightly more nuanced perspective on the psychiatry aspect of it, and really echoing what other studies have found that parental incarceration seems to have a long and enduring impact,” said the study’s lead author, Elizabeth Gifford, a researcher with the Center for Child and Family Policy at Duke University who focuses on vulnerable children.

The research used data from the Great Smoky Mountains Study, which followed more than 1,300 children from 1993 into adulthood in 2015 to see how their lives were altered by adversity.

Having an incarcerated caregiver was shown to increase the risk of having an anxiety disorder, using illicit drugs, becoming a teen parent, being charged with a felony, and lacking social supports, though the study didn’t find an impact on serious health problems, depression and suicidal behavior.

Prior work in this field has found that having an incarcerated mother or father impacts the children’s rates of asthma, migraines and high cholesterol. Gifford said the new study didn’t show an influence on physical health likely because it only looked at an increased prevalence of a “serious physical illness or serious accident that involved risk of death or chronic disability.”

The new study controlled for other adverse childhood experiences such as child maltreatment and poverty and found that parental incarceration had an impact regardless of those variables.

“We’re learning over and over again the impacts of incarceration extend beyond the individuals who are in theory meant to receive the punishment,” Gifford said. “We’re impacting the health of families and communities. There’s no real strong indication that the increase in incarceration has improved safety. We’re really spending a lot of money on it.”

She said the study points to the need for a more therapeutic justice system: one that delivers substance abuse and mental health treatment for the prisoners, and community supports for the loved ones still at home.

Some prisons and jails are already supporting inmates in this way, with drug rehabilitation and parenting classes, for instance. Incorporating the kids in the latter can be critical.

“It can be hard for children to see their parent in that situation,” Gifford said. “It can be a relief to be able to bond with their parent and see that they’re OK.”

The Sesame Street in Communities program also has a tool to help explain parental incarceration to kids in an age-appropriate way.

Gifford said she would like to see future research on this topic delve into the difference between having a parent in jail versus prison, the length of the incarcerations, and which stages of the child’s development are the most vulnerable. Not having that information, she said, is “really a detriment to our ability to figure out interventions to mitigate some of the impacts.”

Giles Bruce is the health reporter for The Times of Northwest Indiana, which covers a region of about a million people along the industrial banks of Lake Michigan, southeast of Chicago.

His story was originally published by the USC Annenberg Center for Health Journalism, which helps journalists from all over the U.S. investigate health challenges and solutions in their communities in order to serve as a catalyst for change.  Giles Bruce is a USC Annenberg Center for Health Journalism fellow and wrote the story above as part of his fellowship.