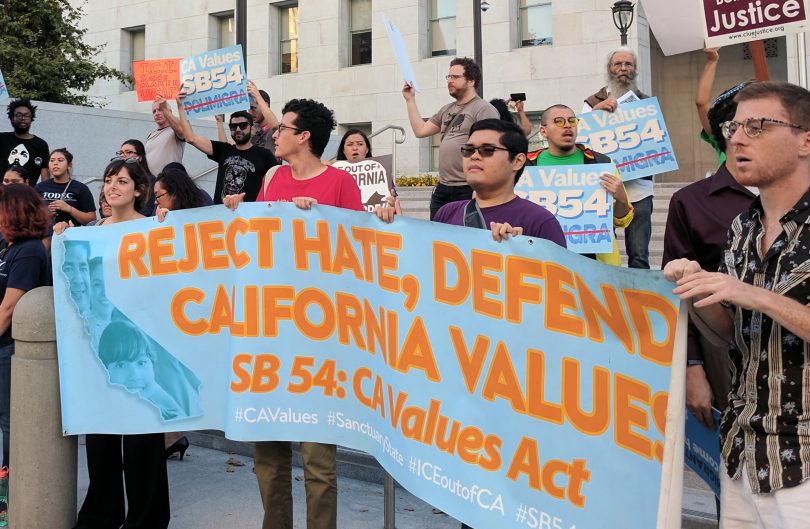 According to a soon-to-be-published study by researchers at the University of California, Irvine, the state’s so-called sanctuary law, Senate Bill 54, has not caused an increase in crime — contrary to what ICE and some local officials have recently been contending.

(For those who need a reminder,  SB 54, known as the California Values Act, essentially makes California a sanctuary state by limiting how much state and local law enforcement can cooperate with federal authorities to enforce immigration law.)

“Very little research to date has evaluated the connection between sanctuary policies and crime,” said study co-author Charis Kubrin, UC Irvine professor of criminology, law & society, “and no studies have examined SB 54’s impact in particular. Thus she and her UCI co-author decided to move into the breach.

Their research found that “sanctuary status had a null effect and, more broadly, suggest that major reductions in crime in the U.S. are unlikely to follow from any proposed changes to immigration policy,” Kubrin said. 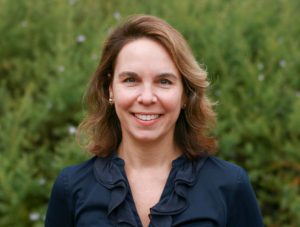 According to Professor Kubrin, and co-author and doctoral candidate, Bradley Bartos, the new study is the “first systematic analysis to be conducted on the impact of the measure since California’s sanctuary state status went into effect on Jan. 1, 2018, after being signed into law by former governor Jerry Brown in October 2017.

The peer-reviewed Irvine study was presented pre-publication to other researchers and criminologists at the annual meeting of the American Association for the Advancement of Science (AAAS), where,  according to Science Magazine, it was positively received.

Those who attended were reportedly particularly interested in the methodology Kubrin and Bartos chose that they believed would best measure whether or not SB 54 had any kind of significant effect.

“Researchers who study the outcomes of public policy have difficulty linking particular policies to specific outcomes with confidence,” Kubrin explained, “because there’s no way to evaluate what would have happened if the policy had not been implemented.

David Schultz, of Science, who covered the AAAS meeting, noted that the ideal way to test the impact of SB54  “would be to divide California into two equal test regions,” and then enact the legislation in one region and not the other.  In other words, do a “controlled” study of the matter.

But, since obviously having such a “control” area would be impossible, Kubrin and Bartos used a different methodology, that they had pioneered in an earlier study They created a “synthetic” version of the state, in which no SB 54 was enacted, then compared it to actual California.

In order to create this synthetic California, the team searched the rest of the United States for areas that closely matched our state’s past patterns “when it came to rates of violent crimes and property crimes between 1970 and 2017,” then they created a “weighted combination” of those other states’ crime rates that closely matched California’s from 1970 to 2017.

(I know this stitched together faux state sounds weird and complicated, but hang in and you’ll find it’s really not.)

“None of the states that comprise Synthetic California enacted a state-level sanctuary policy prior to 2017,” wrote Kubrin, so when she and her partner compared the difference in 2018 crime rates between California and its synthetic counterpart,  that comparison reflects the impact of SB54 on crime on real-life California, according to Kubrin.

You can find a visual version of their answer in the two graphs below.

(You can also read a little more about how this worked in the researchers’ fact sheet: SB 54 Fact Sheet – Kubrin and Bartos)

A tale of two counties

The upcoming publication of the new study is both timely and bound to stir controversy among those who contend that SB-54 does, in fact, lead to more crime.

At the beginning of February, for example, Orange County Sheriff Don Barnes announced that crime in Orange County had gone up because of SB-54.

“SB 54 has made our community less safe,” Barnes told reporters.  “The two-year social science experiment with sanctuary laws must end.”

According to Barnes, in 2019, more than 1,500 inmates released from the OC jail system in 2019 had ICE detainers, meaning ICE wanted to be notified when each of those inmates has been released. Of those inmates, said Barnes, 238 were re-arrested in Orange County for new crimes, including assault and battery, rape, and robbery.

Concurrently, on February 5,  ICE posted its own press release quoting Barnes in exclamatory terms. “Unimaginable…” the post began, then went on to quote Acting ICE Director Albence who said,  “..the data released by Sheriff Barnes clearly demonstrates, all communities are safer when local law enforcement works with ICE.”

Upon learning of the feds’ ICE SWAT plans,  Los Angeles city and county law enforcement officials were not at all thrilled.

On the same day the NY Times story ran, LA County Sheriff Alex Villanueva released a statement making it very clear that the LASD was not on board.

“In 2019, I reduced ICE transfers by 53% and lowered serious crimes in Los Angeles County by 7%,” he said. “This debunks the White House’s claim that SB-54 and similar laws throughout the nation will somehow lead to an increase in violent crime. We cannot allow the federal government to weaponize our immigration system for partisan politics.”

The following day,  Mayor Eric Garcetti and LAPD Chief Michel Moore released their own version of those sentiments via video, making it clear that the Los Angeles Police Department would not be working with ICE either.  (The mayor also did a Spanish language version of the video.)

Regardless of your immigration status, I want every Angeleno to know your city is on your side. Here in Los Angeles, our police department does not coordinate with ICE or participate in immigration enforcement.

Kubrin and her co-author hope that their study will do some good when it comes to this and similar policy issues.

Senate Bill 54, they wrote, “has been blamed for rising crime, yet no research has evaluated this claim.”

Now, using a unique method of policy analysis, somebody has.

Kubrin and Bartos are reportedly planning a possible follow-up study that focuses specifically on parts of the state with large numbers of immigrants in order to further check their findings.

“Our analysis examined the law statewide,” Kubrin said,  “so while the net impact appears to be null, the experiences of local communities may vary considerably.” Future research, she said, “should investigate geographic patterns across California.”

Photo at top of page via California Immigrant Policy Center