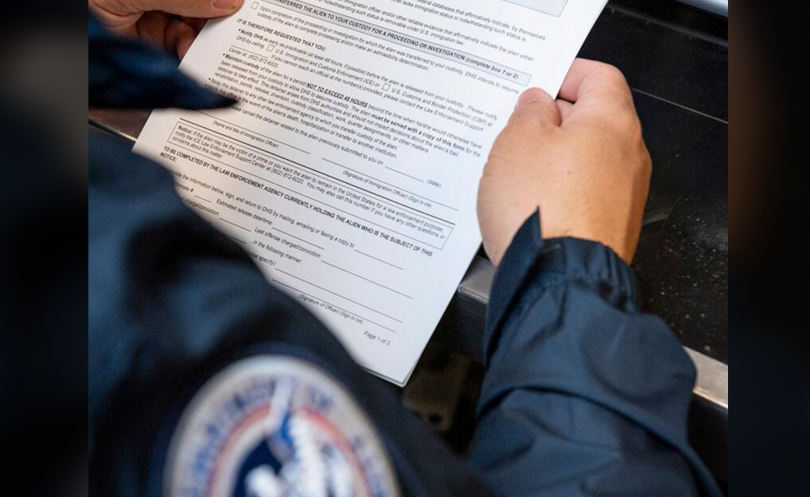 On Tuesday, the Los Angeles County Board of Supervisors finalized a $14 million settlement in a federal class-action lawsuit challenging the LA County Sheriff’s Department’s past practice of denying court-approved bail and holding people in jail, sometimes for months, for U.S. Immigration and Customs Enforcement.

The lawsuit, filed in 2012, covers a period from October 2010 to June 2014, during which time the sheriff’s department held 18,500 people, who would have otherwise been released or allowed to post bail, on behalf of ICE. Some, including the lead plaintiff, Duncan Roy, were held long beyond their release dates. Some were held even though their bail amount was so low they would have otherwise been able to go free. A third category of class members were denied bail altogether, solely based on an ICE detainer request.

The ACLU and its co-counsels accused the LASD of violating state law, and the Fourth and Fourteenth Amendment’s clauses regarding unreasonable searches and seizures and incarceration without due process.

Most of these immigration detainers occurred under the leadership of then-Sheriff Lee Baca, who retired in January 2014.

(On May 12, 2017, the former sheriff  was sentenced to three years in federal prison for his role in an elaborate scheme to obstruct an FBI investigation into corruption in the jail system Baca oversaw.)

Although, six months after Baca’s exit, the department stopped the practice of holding people past their scheduled release dates, the LASD still worked closely with ICE, sharing information and allowing ICE agents to pick people up from jail.**

This past August, however, current LASD Sheriff Alex Villanueva turned his April moratorium on ICE transfers from LA jails into official department policy. Because a future sheriff could rescind that policy, the LA County Supervisors followed Villanueva’s move with a vote to make the ban permanent. Thus, moving forward, the LASD cannot use “any County resources, property, personnel, time, labor or funds” to “honor requests by immigration authorities … to hold, detain, house, transfer or otherwise facilitate the arrest of any person in the Sheriff’s Department custody,” without a judicial warrant or judicial finding of probable cause. Nor will local law enforcement be allowed to communicate with immigration authorities regarding the dates and times that individuals would be released, or their immigration statuses without a warrant or probable cause.

At the time that the complaint was filed in 2012, approximately 43 percent of those whom the LASD held for ICE were “low custody,” which generally meant that they were charged with low-level offenses, and likely had low bail amounts that they could have posted had the sheriff’s department not denied them bail to hold them for immigration agents.

The lead plaintiff, Duncan Roy, then 52 years old, was a British filmmaker who owned a home in Malibu. He was lawfully in the United States at the time of his arrest, and suffering from prostate and colon cancer.

The LASD arrested Roy for alleged extortion after he threatened to “blog about an allegedly fraudulent real estate deal,” according to the complaint.

The sheriff’s department refused to release Roy on bail set at $35,000, and held him in the Malibu/Lost Hills Sheriff’s Station and then in the “gay dorm” of Men’s Central Jail for 89 days on behalf of ICE. Roy, according to the complaint, was denied medical care for his cancer which required “routine monitoring.”

At the end of the 89 days, the feds dropped the immigration hold “on humanitarian grounds,” and allowed Roy to post bail.

Annika Alliksoo, an Estonian citizen married to a U.S. citizen, was held for 18 days in the Palmdale Station and then in the Lynwood Jail. “Defendants first refused to allow her to post bail under the judicially-determined County bail schedule and then under court-ordered bail,” the complaint says. “Then, after a superior court judge ordered her released on her own recognizance, Defendants continued to detain her for an additional three days solely on the immigration hold.”

Each of the more than 18,500 class members covered by Roy v County of Los Angeles is eligible to receive between $250 and $25,000, based on circumstances that include the length of jail stay beyond the release date. Any remaining money from the settlement will go to programs that providing legal services to immigrants facing deportation because of an arrest or conviction.

The money will come from the sheriff’s department’s budget. Sheriff Villanueva told the board of supervisors on Tuesday that it wasn’t fair that his administration would be punished financially for the acts of his two predecessors, noting that he “kicked ICE out of the jails” and “banned all transfers.”

“For years, the Los Angeles County Sheriff’s Department, the largest law enforcement agency in the United States, callously denied immigrants constitutional protections that universally apply to all other jail detainees — unjustifiably holding them without cause as prisoners,” said Lindsay Battles, partner at Kaye, McLane, Bednarski & Litt. “This settlement holds the sheriff’s department accountable for thousands of unlawful incarcerations and provides a measure of compensation to every person injured by their unconstitutional policies.”

The settlement should also serve as a message to the Trump Administration, according to Mark Fleming, associate director of litigation for the NIJC.

“For the past four years, ICE and the Trump administration have coerced, threatened, and defamed so-called sanctuary cities for declining to honor ICE’s illegal immigration detainers,” said Fleming. “This settlement is a stark reminder to all law enforcement officials that cooperation with ICE’s illegal tactics risks profound financial liability to the communities they are sworn to serve.”

** 7:38 p.m., correction and update.  We originally wrote that former sheriff Jim McDonnell stopped the practice of holding people in the jails for ICE past their proper release dates, in July 2014. Yet, since McDonnell wasn’t sworn in as sheriff until December 1, 2014, accomplishing the July 2014 reform would have been somewhat difficult.