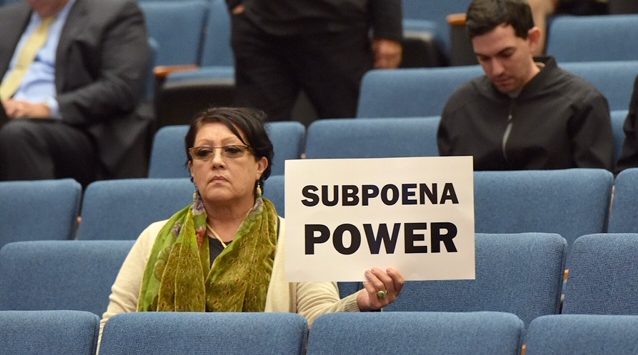 On Tuesday, October 1, the Los Angeles County Board of Supervisors voted unanimously—and historically—to create a civilian oversight body with the power to steer the nation’s largest probation department through the process of fundamental reform.

The fact that LA County Probation urgently needs to reinvent itself is no longer up for debate.

After more than a decade of pinning hopes on a variety of routes toward reform—-including nearly nine years of federal oversight of probation’s juvenile camps, a revolving door of probation chiefs, and enough expensive reports to fill a medium-sized library—on May 1, 2018, the LA County Board of Supervisors finally took a leap of faith and voted unanimously to create an independent oversight commission to act as a watchdog for the county’s chronically troubled department.

The May 1, 2018 vote by the board wisely organized the creation of the new commission as a two-step process.

The first step was for the county CEO’s office to establish a  temporary blue ribbon “Probation Reform and Implementation Team”—or PRIT—that would be tasked with researching and creating a detailed plan for how this new Probation Oversight Commission, (POC) ought to function. This included a sub-plan for how the existing Office of Inspector General could expand its duties and powers to provide an investigative arm for the new commission.

After 15 months of existence, during which a series of well-attended public listening sessions were held across Los Angeles County—meetings that attracted sometimes up to a couple of hundred community members, justice advocates, invited subject matter experts, and an increasingly large group of working probation staff members— the PRIT, examined all that it had learned, and delivered its 28-page  plan for creating the POC on June 5 of this year.

Then on August 9, it followed up with a detailed reform template that distilled what was best out of those many high-priced reports, along with all that the PRIT and its advisors learned during the many hours of public hearings—then laid out a roadmap for transforming the department.

Now Tuesday’s passage of the motion authored by Supervisors Mark Ridley-Thomas and Hilda Solis has triggered the actual formation of the much anticipated Probation Oversight Commission (POC), utilizing all that the PRIT has designed and discovered.

Furthermore, the new POC, will be endowed with enough in the way authority and “codified powers,” that it can fulfill its various mandates.

In short, unlike its very good but powerless probation commission predecessor, the soon-to-be-formed POC will be an oversight commission with teeth.

The criteria for the last member of the nine-member body is left a bit more open, and many believe that spot should be filled by someone who has previously worked for the department.

In addition to the nine, there will also be three “at large” members who will provide liaisons to the community, probation staff members, and others.

Oh, and the Office of the Inspector General will be empowered to “investigate” matters involving the probation department.  That empowerment would include “the ability to issue subpoenas at the direction of and on behalf of the POC.”  In short:  subpoena power.

There’s lots more, which we’ll explore at more length in an upcoming story.  But now you have at least a general idea of the historic step the five LA County Supervisors took unanimously on Tuesday afternoon.

Top photo by David Franco, Photographer // Board of Supervisors