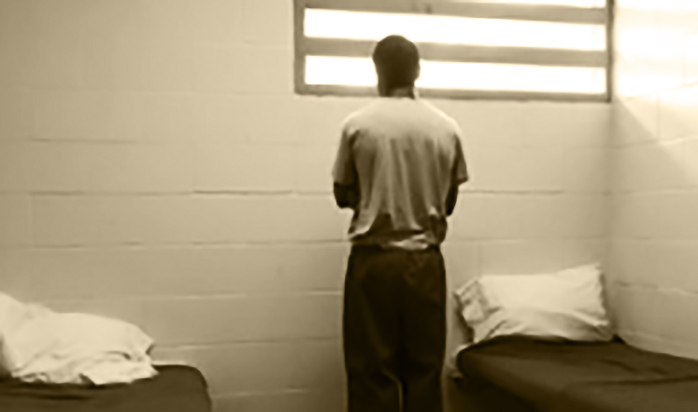 The motion, co-sponsored by Supervisor Janice Hahn, points to “safety concerns” in the county’s juvenile halls and youth probation camps. These concerns have been raised, stated the motion, both by probation officers and other staff, plus the kids in the county’s care, and their families and advocates.

The problems with safety are particularly in the juvenile halls, and have to do with “assaults on both youth and staff,” and the high use of pepper spray, according to the motion.

Data released earlier this year showed that the use of pepper spray in the County’s juvenile halls had more than tripled between 2015 and 2017, a fact that was perplexing since the youth population in probation’s youth facilities was continuing to fall.

Now, more recently, according to the motion, other “serious” uses of pepper spray have surfaced.

If passed, the motion, which is scheduled to be voted up or down this Tuesday, directs the Inspector General, Max Huntsman,  in coordination with County Counsel and Chief Probation Officer, Terri McDonald, to investigate these escalating concerns, with a special focus on the “use of force including pepper spray.”

The group is to report back to the board in writing in 45 days with findings and recommendations for improvement.

“But the problems seem to persist,” the motion states tersely.

Indeed, the issues that the motion references are not new, and in many ways they appear to have been growing, according to both juvenile advocates, and officers working in some of the county’s youth facilities.

In February of this year WitnessLA reported that, according to data provided by the probation department, in 2015, there were 98 juvenile assaults on officers and staff in the halls. In 2016, that number nearly doubled to 182 assaults. In 2017, it shot up again to 314.

Then in March, probation higher ups reported that incidents involving pepper spray—technically known as oleoresin capsicum (OC) spray—were shooting skyward too, to the point that, in the county’s Central Juvenile Hall, the use of the chemical spray increased 338 percent from 2015 to 2017.

Not coincidentally, most of the violence, and the use of the pepper spray, reportedly took place in the three juvenile halls.

Some probation supervisors have suggested that part of the cause of this rise in assaults has to do with a change in the youth who were being sent to the county’s juvenile halls. As youth crime continues to fall, and more young people are diverted from youth lock-ups, those left in the juvenile facilities are kids with greater challenges, they said.

Yet, other probation sources, along with experienced youth advocates, say that the so called “different kind of kids” explanation is both oversimplified and inaccurate.

“It’s very common to have fights between youth in facilities because it’s a completely unnatural situation and people are stressed,” Sue Burrell, Policy Director at the Pacific Juvenile Defender Center, told WLA’s Lauren Lee White in February. But “attacks on staff are usually when there’s a generalized crisis in a facility and the youth are very frustrated.”

Accounts of what amounts to a crises have been, in fact, reported in LA County’s juvenile halls by those who work in the halls, and others, such as probation commissioners who have visited the facilities in recent months.

For example, in October of this year, WitnessLA learned that two different reports had described critically unsafe conditions for both kids and staff at the Barry J. Nidorf Juvenile Hall

The first report was triggered in September, when officials at AFSCME Local 685—one of the main unions representing officers working for probation—-were worried enough by the urgent messages from their members stationed at the Sylmar facility (known as Barry J) that they sent union representative, Stacy Ford, to visit the hall and find out what was going on.

Ford went to the Sylmar-located facility, and his subsequent report was extremely critical.

After Ford’s report, five members of the LA County Probation Commission also made a visit to Barry J, and came back with an equally disturbing picture of an understaffed facility that resulted in exhausted Detention Service Officers (DSOs) who were asked to work overlong hours under problematic conditions.

The sources, who asked not to be named,  described chronic understaffing that resulted in extended shifts, and exhausted DSOs who often called in sick—either because they were sick, or because they couldn’t get childcare for the repeated extra shifts, or because they needed time off, but were not given in, with the shortages.

This, in turn, said one of the sources, caused more shortages, and various collateral problems. For instance, those who covered for those who officers who were out were often slotted to work in units where they were unfamiliar with the kids.

According to the  source, the parade of unfamiliar officers resulted in youth being less secure, and doing less well “because they do not have consistent staff in their units.”

As with the reports on Barry J. Nidorf Juvenile Hall in Sylmar, the source described severe concerns about “safety and security,” for both the youth and for fellow officers.

In the 500-page “governance” report on LA County Probation, released on February 13, 2018, conducted by Oakland-based Resource Development Associates (RDA), the authors reported that, in their interviews with  both probation “staff and youth,” they heard that the juvenile halls were “unsafe environments for everyone inside them,” and that  newer staff in the halls feel underprepared to face day-to-day challenges.

“Many told us that the Department’s training academy focuses too much content on policy and procedures, and not enough on preparation for field work and real-life situations. Staff reported they felt unprepared to deal with conflicts and other challenges they face during their workday.”

Taking tools away without replacing them

In February of this year, juvenile advocates pushed unsuccessfully for California to ban the use of pepper spray in youth facilities. (California is one of only six states that still allow staff members to carry the spray.)

A month later, probation higher ups reported that incidents involving pepper spray—technically known as oleoresin capsicum (OC) spray—were shooting skyward, to the point that at the county’s Central Juvenile Hall, use of increased 338 percent from 2015 to 2017.

Yet, many staff know that the days for the use of OC spray in youth detention facilities in Los Angeles County are likely numbered.

According to Mark Soler, the Executive Director of the Center for Children’s Law and Policy in Washington D.C., a public interest law firm that has been instrumental in helping to set standards for youth facilities around the country, those juvenile facilities that are still using OC spray are increasingly outliers.

Youth who have been on the receiving end of the stuff are quick to describe why.

Francisco Martines, now 24, told WitnessLA’s Taylor Walker back in February that, when he was 17, and locked up in Los Padrinos Juvenile Hall, he had an asthma attack after another boy near to him was was pepper sprayed.

“I was in class, and a student got agitated and aggressive” because his requests to go to the bathroom were being denied, Francisco explained.

“I don’t know if the teacher was having a bad day, but [the teacher] just wouldn’t let him” use the restroom, which made the teen frustrated and angry, Francisco said.

“The probation officer came in and gave him a warning,” Francisco said. “He didn’t try to calm him down. He just warned him, and then sprayed him, which affected the whole room.”

Although Francisco was not the direct target of the pepper spray, he said having the chemical spray deployed in the room made breathing difficult and painful. It feels like “being punched,” he said. It “takes the air out of you. You’re gasping for air.”

Francisco said he particularly suffered because he is prone to asthma attacks. “It’s horrible. It’s really hard on the lungs.”

Other young people described extreme burning, and far worse, if the kid was hit in the eyes.

At a public meeting last week for the Probation Reform and Implementation Team (PRIT), which is charged with designing the soon-to-be-created Probation Oversight Commission (POC), two experienced probation officers spoke about the need for better ways to deal with the problems they and their colleagues are witnessing in the juvenile halls.

“How do we deal with situations,” that, in the past, have called for pepper spray, asked Thomas Bell, “When we got 20 kids who are about my size fighting in the yard or somewhere, how do we break that up if we don’t have pepper spray?”

If not pepper spray, then staff need to know what tools and techniques are to be used instead.

Jonathan Byrd, the chief steward for AFSCME Local 685, also spoke at the PRIT meeting about the need for help, training, and change.

When the POC is up and running, “we would like to give it our complaints,” he said. The officers “feel unheard too.”

And now the semi good news

As dire as everything sounds, after this story was first published on Monday morning, we were able to speak to LA County Chief Deputy Probation Officer, Sheila Mitchell, who said some solid progress was being made on the pepper spray front.

After the spiking use of pepper spray in the past few years, in 2018, according to Mitchell, the department’s numbers for use of OC spray are “down 20 percent.”

This was true of the cluster of youth camps known as Challenger (which are the only juvenile camps in LA where the spray is still used), and the three juvenile halls—with the exception of Los Padrinos, where the numbers evidently didn’t come down as easily.

The numbers are also down drastically in the third quarter, said Mitchell—this time, “including Los Padrinos.”

She described working together with the union, Local 685, to get officers the tools and training they need, so that the halls are “safe environments for staff,” and that the kids in the county’s care are also getting what they need.

“But we still have work to do,” she said. “California is, as you know, one of the last states to still us OC spray. And our staff is feeling more confident that they can resolve issues without deploying OC spray.”

Yet, while numbers are lower, “they’re not at zero,” said Mitchell.

“Zero is our north star. And we’re working toward that end.”

Mitchell also spoke about the drop in pepper spray use on Tuesday at the meeting for the board of supervisors, during the discussion about the motion.

“So what you’re saying,” asked Hahn, “is that the numbers are down 20 percent from being tripled.”

Shortly after, the vote was called and the motion passed unanimously.