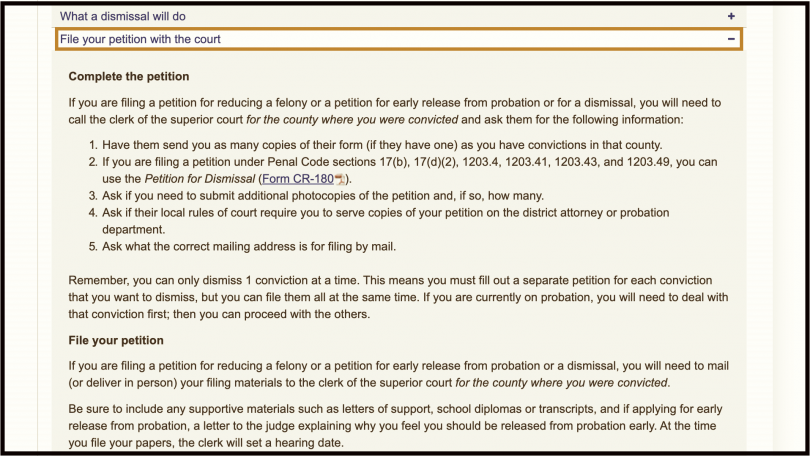 On Tuesday evening, California Governor Gavin Newsom announced that he had taken his signing pen to 25 criminal and juvenile justice reform bills, including bills to boost diversion and reentry systems and expand victim services.

Gov. Newsom has until October 13, to sign or veto the bills that remain on his desk.

Here’s a rundown of Tuesday’s new laws, plus a shortlist of WLA-tracked bills that have yet to meet their fate.

Newsom signaled his agreement with legislators that it’s time to bring automatic expungement and resentencing to California.

AB 1076 by Assemblymember Phil Ting (D-San Francisco)–in partnership with SF District Attorney George Gascón–would automatically complete expungement and resentencing processes for people convicted of eligible low-level offenses (not violent or sexual crimes), as well as people whose arrests never resulted in convictions, as long as the statute of limitations has passed.

The law, which goes into effect on January 1, 2021, was originally written to apply retroactively, which would have positively impacted millions of people who had not completed the complicated petition process currently in place. However, the new law, as amended, is not retroactive.

AB 1076 is expected to save the government thousands of dollars for each record change. On average, resentencing and expungement processes cost just under $3,800. Moving forward, a record change will cost four cents.

Diversion to Keep Families Together

Also among the most noteworthy bills Governor Newsom signed this week, was a piece of legislation that will reduce the number of parents and children separated by cell bars by boosting diversion for primary caregivers.

SB 394 would open a pathway for courts to send parents to pretrial diversion programs, instead of incarceration for certain low-level, nonviolent crimes — so that kids and their parents are not “saddled with the debilitating collateral consequences of a criminal conviction,” according to the bill’s author, Senator Nancy Skinner (D-Berkeley).

Another collateral consequence-busting bill from Sen. Skinner, SB 310, will open up jury service to people with felony convictions, as long as they have completed supervision and are not sex offenders. Currently, as many as one out of every three black men are disenfranchised in California due to prior felony convictions. Speaking before the Senate Public Safety Committee in April, Alameda County Public Defender Brendon Woods advocated for SB 310’s passage, stressing that opening up jury service go a long way toward addressing the fact that people of color accused of crimes often must go before juries in which “no one who sits in judgment looks like [them].”

(ACA 6, a related measure to address a collateral consequence of incarceration that blocks 50,000 people from a crucial aspect of civic engagement — voting — was pushed through to the 2020 legislative session. If the Senate passes the bill with a 2/3 majority next year, California voters will be given the opportunity to open up voting rights to thousands of people on parole in the state.)

Criminal justice data collection and research are about to get a much-needed boost, thanks to the passage of AB 1331, the “Criminal Justice Data Improvement Act.”

Asm. Rob Bonta and San Francisco District Attorney George Gascón, who partnered on the bill, introduced AB 1331 in response to an April report from Measures for Justice and the Stanford Criminal Justice Center. The report revealed how difficult it is, even for researchers, to access criminal justice data in California–data that is full of glaring gaps that “limit the ability of researchers, policymakers and the public to assess criminal justice policies, especially critical during the current period of reform.”

On Monday, Newsom signed a hugely significant bill for domestic violence survivors. SB 273, authored by Sen. Susan Rubio (D-Baldwin Park) and actress Evan Rachel Wood, a domestic abuse survivor, extends the current statute of limitations for victims to report domestic violence from three years to five years. This new deadline is an especially big deal in that it gives traumatized survivors more time to heal and get safe before they pursue justice. (WLA will have more on this critical bill in the coming days.)

The next day, the governor enacted several additional crime survivor bills. One of those bills, SB 375, authored by Sen. Maria Elena Durazo (D-Los Angeles), extends the state’s onerous three-year deadline for victims to apply for assistance from the state’s Victim Compensation Fund to seven years. (The last time WLA wrote about SB 375, the bill sought to offer survivors 10 years to apply, but the deadline was tightened to seven years through the amendment process.)

Several other victim support bills gained Newsom’s final approval, including AB 629, a bill to offer compensation to cover loss of income for human trafficking victims deprived of their liberty while being trafficked, and AB 917, which speeds up the victim certification process for survivors of crime who are also immigrants, especially if they are in removal proceedings, so that they can obtain victim-specific “T” and “U” visas.

Additionally, Newsom signed a bill to ensure that rape kits do not languish, untested in police storage. Sen. Connie Leyva’s SB 22 will require law enforcement to send rape kits to crime labs for analysis within 20 hours after the kit’s collection.

Reducing the Financial Burden of Involvement With the Criminal Justice System

Two more new laws will make important changes to the juvenile justice system. Asm. Stone’s AB 965 will make it possible for youthful offenders to earn an earlier parole hearing through educational merit credits. And Asm. Buffy Wicks’s AB 1423 opens a path for juvenile offenders charged as adults to request to return their case to juvenile court under certain circumstances.

Among the sentencing reforms green-lighted by the governor, is AB 1698, authored by Asm. Reggie Jones-Sawyer (D-Los Angeles). The bill will prohibit prosecutors from including in plea bargains a condition that would force a defendant to waive their right to resentencing or other benefits that might arise from future sentencing reform or other changes to criminal justice laws.

SB 36, from Sen. Robert Hertzberg’s office, will secure safeguards to ensure that risk assessment tools used to determine who should be released while they await trial, are not perpetuating the racial biases they are meant to eliminate. The bill will require regular analyses of pretrial risk assessment algorithms, as well as yearly reports on pretrial decision outcomes.

Sen. Scott Wiener’s SB 136 eliminates a one-year sentence enhancement tacked onto a new sentence for each prior felony jail or prison term an individual has served.

Current CA law requires any person convicted of an offense related to the sale of cocaine, cocaine hydrochloride, or heroin, or to the sale or
transportation of phencyclidine (PCP), and who is granted probation by the court, to be first jailed for at least 180 days.

Two bills, AB 1668 and AB 278, will create an “Education and Employment Reentry Program” within the California Conservation Corps that allows the agency to enroll formerly incarcerated individuals, including people who are currently on parole.

In addition to Tuesday’s signing spree, earlier this month, Gov. Newsom signed two bills from Asm. Shirley Weber to help exonerated Californians — who lose an average of 8.4 years of their lives to unnecessary prison sentences — successfully return to their communities.

The first bill, AB 701, will boost what an exonerated person receives upon exit from prison–from $1,000 to $1,000 plus an additional $5,000 for housing. The freed innocent person would also be entitled to reimbursement for housing costs for the next one to four years.

These are the same benefits offered to current and former foster youth, and spouses and children of veterans killed or permanently disabled in action, as well as those of California residents killed in the 9/11 attacks.

One Reform, to Kill Justice System Fines and Fees, Is Vetoed

On Wednesday, October 9, Governor Newsom rejected a bill that would have required courts seeking to impose fines and fees on adult and juvenile defendants in criminal proceedings to determine whether each person had the ability to pay those debts (which often become the burden of defendants’ loved ones).

While Newsom said he supported the “intent” of Asm. Jones-Sawyer’s AB 927, the governor said he did not believe “requiring a hearing on defendants’ ability to pay” was “the best approach in every case.” Instead, the governor said he believed the issue should be addressed through the budget process, a task he is “committed” to carrying out.

“We must tackle the issue of burdensome fines, fees and assessments that disproportionately drag low-income individuals deeper into debt and away from full participation in their communities,” Newsom wrote in his veto message. “There are many ongoing conversations about how we can build a fairer criminal justice system while ensuring adequate funding for courts and victims’ compensation.”

While the governor signed a hefty pile of criminal justice-related bills, more await his final word, including SB 42, a Sen. Skinner bill meant to reduce the number of dangerous nighttime releases from California’s jails. (Read more about it in our previous story: here.)

And if in the next week Newsom signs AB 32, he would make good on his campaign promise to discontinue the use of private prisons. The bill would ban new private prison contracts starting in 2020 and phase out their use altogether by 2028. (Currently, private prisons in California and one in Arizona hold approximately 4,000 California inmates.)

CORRECTION: This story originally characterized AB 1076 as retroactive, an aspect of the bill that was eliminated during the amendment process.

Image: Screenshot of the California Courts “Clean Your Record” self-help page, which points to the complicated and time-consuming process of clearing eligible criminal records, a process that will soon be automated, thanks to the passage of AB 1076.