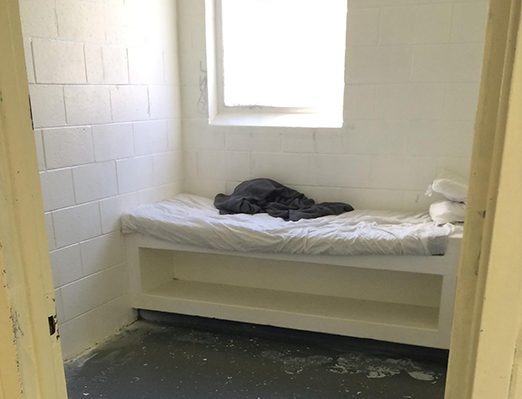 For most of December, the number of youth in quarantine due to their exposure to someone with COVID-19 has jumped alarmingly inside LA County Probation’s two main juvenile lock-ups, Central Juvenile Hall and Barry J. Nidorf Juvenile Hall, according to the department’s most recent  “COVID-19 daily update.”

On Tuesday, December 8, a total of 96 kids at Barry J, as the Sylmar-located facility is known, have been isolated in quarantine, “due to possible exposure to person testing positive for COVID-19.” 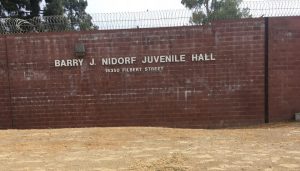 At Central Juvenile Hall, the aging youth facility located northeast of downtown Los Angeles, on Saturday, December 5, nine kids were in quarantine for exposure to the virus.

Three days later, however, that number had jumped to 111 kids at Central who had been exposed and thus quarantined for 14 days.

In total, that is 207 kids — or 58.2 percent of the two halls’ combined population of 346 young people — who are being quarantined for two weeks because of their exposure.

Also on Tuesday, six employees tested positive who are assigned to one of the “juvenile institutions” — which could mean either of the two juvenile halls, or one of the handful of youth camps that are still open.

In addition to the quarantined kids, 19 additional teenagers were isolated and under medical observation in the two juvenile halls while they waited for COVID test results to return, or because they themselves are displaying virus symptoms.

In the days to follow, the numbers of youth quarantined have varied, the totals have remained worrisomely high.

Why are so many kids being exposed to COVID-19 inside locked facilities?

Parents, youth, attorneys are not the only ones who are worried.  Staff members are also saying they feel unsafe.

In late October of this year, a member of the LA County Probation Commission issued a written report describing how, after speaking to a group of probation staff members who had been deployed variously to the two juvenile halls, and/or one or more of the youth camps, the commissioner learned that masks are “optional” in the halls, among the kids, and also among a certain percentage of staff who did not “feel their use is essential.”

This inconsistent use of masks and other precautions were of concern to many staff members, according to the report, which WitnessLA has obtained. 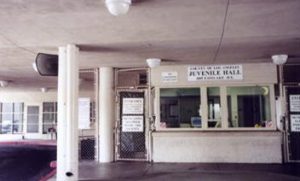 Since this internal memo was distributed other probation commissioners and to Interim Probation Chief Ray Leyva, things have reportedly improved somewhat when it comes to mask wearing in the two juvenile halls.

Yet, according to staff member sources who spoke with WitnessLA about their own concerns, the methods for screening staff members when they arrive at work every day, are not anywhere near rigorous enough.

There is lightweight temperature taking, and a few questions are asked, which even staff we spoke with considered all but worthless.

And because staff members are reportedly not payed if they they stay home because of COVID-19 symptoms or a positive test, unless they can prove that they acquired the virus while on duty, may staff are concerned that their colleagues are likely to come to work when they are exhibiting symptoms, or will avoid being tested, because they worry about being off work because of a positive test.

“It’s the staff that are bringing it in,” one staff member told us referring to the virus, then gave a recent example of another staff member who complained about not feeling well a few days before. Then, three days later, when the person hadn’t returned to work, other detention service officers (DSOs) learned that the under-the-weather staff member had now tested positive for COVID.

“But how many people did that staff infect before getting tested?” said a detention officer source to WLA.

“See this is a big problem. And here’s the other thing, we don’t know what people do when they’re not at work.”

Also, according to the probation commission report, staff members find that, if they do get sick, they must use their own personal sick leave,  vacation pay, and other personal time to battle COVID-19 unless they can prove they got it on the job.  This, staff members said, could tempt staff members to continue to come to work if they got sick.

WitnessLA talked to staff members who also felt that the way the department was moving staff and kids between facilities was resulting in unnecessary exposure to the virus among both staff and youth.

(Note: WitnessLA is not naming our staff sources to protect their anonymity.)

Once it’s been determined that kids in the county’s youth facilities have been exposed to the virus, they must be quarantined, of course. But, according to sources we spoke with, in the juvenile halls in particular, quarantining primarily means, for many kids,  being placed in what amounts to solitary confinement, namely living for two weeks in a small individual cell-like room, with no exercise, no interaction with others, except sometime via telephone, no schooling —  except in the form of generic school “packets,” which everyone seems to loathe, and no other programing of any kind, no form of mental recreation, no entertainment.

“And some of them have gone through the quarantine lock-down  twice,” one staff member told WitnessLA.

Probation officials , however, tell WLA that this is not true, that quarantined youth get full programming, as they quarantine together as a family.

Since the negative effect of isolation on children or adolescents is well established, youth advocates point out that quarantining in the halls has become solitary confinement by another name. 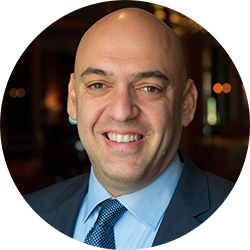 “From what I’m hearing from clients,” said Jerod Gunsberg, a Los Angeles defense attorney, who works with youth, “the kids are really having a hard time with it.”

One of his 17-year-old clients, Gunsberg told us, was very recently locked down for two weeks in Central Juvenile Hall.

“He was by himself alone in a concrete and metal room day and night, with little else he could do, and when I talked to him, he was very traumatized by it.”

There’s a good reason that solitary confinement for kids is now “illegal in California,” Gunsberg added.

According to Gunsberg, matters are not helped by what he discribes as “a stunning lack of transparency,” from probation on the issue, when parents, juvenile attorneys, and youth advocates inquire.

“We know that probation tests kids for COVID when they first come to one of the halls,” he said, but it’s unclear what precautions are taken after they’re in the hall.

Now that probation has nearly 60 percent “of the kids in quarantine,” said Gunsberg, “that’s no longer the exception.  That’s the norm.”

As luck would have it, this troubling COVID-19 quarantine spike, and concerns about the punitive effect of these two-week quarantines, no matter how unintentional, comes two weeks after the LA County Board of Supervisors unanimously passed an important new motion entitled “Youth Justice Reimagined.” 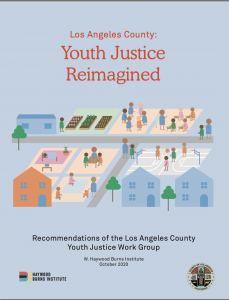 The motion, which was co-authored by Supervisor Sheila Kuehl and former supervisor and recently-elected city council member Mark Ridley-Thomas, takes its title from a 103-page report, created over the past year by the Youth Justice Work Group, which was tasked by the board with designing a roadmap to fundamentally change in the way the county deals with its law breaking kids, or young people who might be headed that direction.

Specifically, the report’s overriding goal is to “explore the transitioning of the Los Angeles County’s juvenile justice system out of the probation department, into another agency, with the goal of creating a rehabilitative, health-focused and care-first” model of youth justice.

“Our current system,” said Supervisor Kuehl before the November 24 motion’s passage, “is actually harming young people without any demonstrated benefits to their overall well-being or our communities’ goal of public safety.”

If there was any doubt about the truth of Kuehl’s statement, or about the need for the county’s new commitment to reimagine youth justice, the recent spike in COVID-19-driven solitary confinement would seem to further emphasize the point.

On Wednesday, December 23, 2020, a total of 196 staff members assigned to youth facilities are presently testing positive for COVID-19.  At the youth camps and halls a total of 180 kids are quarantined.