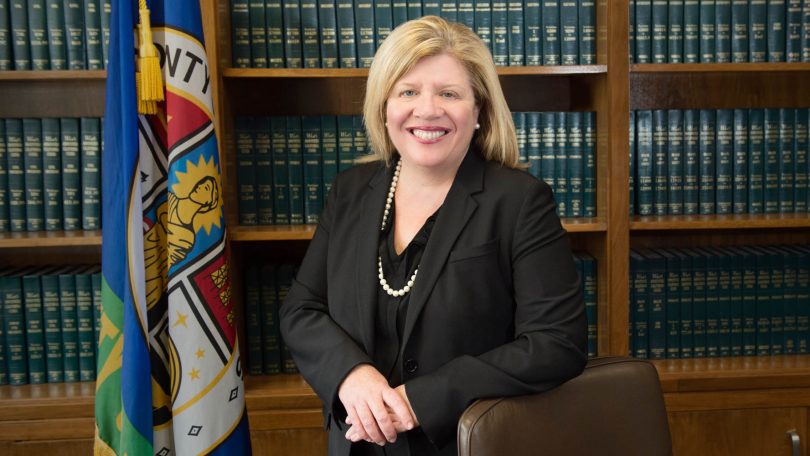 On Monday afternoon, the Office of the Inspector General announced that it has launched an investigation into a threat made over the weekend in a telephone call to County Counsel Mary C. Wickham, according to a message from Interim Inspector General Rodrigo A. Castro-Silva, which was  emailed just before 5 p.m.

The call that launched the investigation reportedly came to Wickham’s personal cell phone on Saturday, April 20, 2019.

According to the OIG, the caller identified himself as a Los Angeles County Sheriff’s sergeant and demanded that Wickham go to a sheriff’s station immediately and surrender for an alleged failure to appear in response to a 2006 Grand Jury summons.

“When she responded that there was no basis for this outrageous and unfounded demand, the caller threatened to come to her home to arrest her.”

The OIG will lead “a full and comprehensive review to identify the perpetrator or perpetrators of this blatant attempt at intimidation,” Monday afternoon’s announcement stated.

“These threats are a hostile act intended to intimidate a public official doing her job on behalf of Los Angeles County, the Board of Supervisors and the residents we serve,” Castro-Silva said. “I anticipate and expect the Los Angeles County Sheriff’s Department’s full and immediate cooperation in determining the individual or individuals behind this unwarranted attack on the County’s top legal advisor.”

At around 6 p.m., Supervisor Hilda Solis sent out her own statement condemning the call.

“Threatening a public servant is despicable and will never be tolerated,” Solis wrote. “This undemocratic intimidation is designed to chill the County Counsel from doing her job. Mary Wickham represents the Board of Supervisors with respect, honor, and with a life dedicated in service to all residents of LA County. Neither she nor my office will be deterred from doing our jobs as representatives of LA County residents.”

On Monday, department spokesperson, Capt. Darrin Harris, issued an emailed statement saying that the call “appears on the surface to be the common jury scam that is occurring that we have been repeatedly warning the public about.”

(The LASD link to information on the scam is right here.)

And according to a second department mailing, detectives from the LASD Major Crimes Bureau were assigned to the matter just to be on the safe side, and they “stand ready to launch a full assessment of this potential threat.”

Yet, the OIG has continued to take the threat seriously.

When asked why this is the case, Lennie LaGuire, spokesperson for the LA County CEO’s office, stated that “the details of this call do not appear to match the scam outlined by the Sheriff’s Department.”

LaGuire also confirmed that the caller gave his name, and the name he gave matches the name of an LASD department member.

It has likely not helped that, in past weeks, Wickham seems to have drawn the ire of a few department members who have expressed their anger to friends about the involvement of County Counsel and her office in the legal challenge by the Board of Supervisors to Sheriff Alex Villanueva’s rehiring of Deputy Caren Carl Mandoyan.

Furthermore, Villanueva has recently kicked his own county counsel, Elizabeth Miller, out of the department’s offices.

None of this in any way suggests that the sheriff,  or those who work with him, have anything to do with the call, however.

Furthermore, a spokesperson for the Sheriff’s Information Bureau (SIB) reported that the threatening call to Wickham comes at a time when county residents have reported receiving a spate of similar calls from people claiming to be sheriff’s officials.  The spokesperson expressed the hope that, whatever the provenance of the threatening call County Counsel received, that the issue will draw more attention to the scam calls, causing fewer people to be frightened or duped by the scammers.