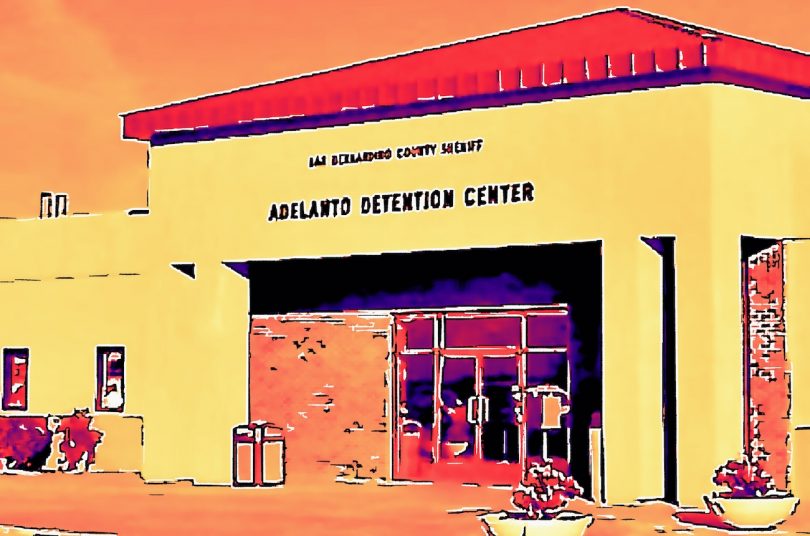 On Wednesday, March 11, the ACLUs of Southern and Northern California and Human Rights Watch sent out letters to U.S. Customs and Immigration and private prison officials across the state, calling for the “immediate” development of plans to prevent and manage the spread of COVID-19 (coronavirus) in immigrant detention facilities. Part of that prevention plan should involve releasing populations that are especially vulnerable to the virus.

While there have been no reports of confirmed cases, some detainees have met the criteria to be tested for the virus, according to immigration officials.

“We would like to meet with you within the next two weeks to discuss how you are protecting the health of the people in your custody and the people who work in the detention center,” the letters say.

Representatives of HRW and the SoCal ACLU said their organizations were particularly concerned about the Adelanto facility, one of the most scandal-plagued immigration lockups in the country, where nearly 2,000 detainees face unsanitary conditions and health dangers that have led to infectious outbreaks among detainees.

The letters call for extra precautions for people at high risk of becoming seriously ill if they contract coronavirus, including elderly people, pregnant women, and those with chronic illness, compromised immune systems, or other underlying health conditions. The two organizations also call on immigration officials to “mitigate the risk of an outbreak” within the facilities by “reducing the population through release on bond or parole.” If nothing else, the facilities should release those vulnerable to COVID-19, as well as anyone who is showing signs or suspected of having the virus, so that they may be treated in the community.

Additionally, immigrants in lockup and staff about the best ways to minimize the risk of transmission. Adequate soap, water, and other hygiene and cleaning supplies must be available and used properly.

“Protecting the health of people in detention is also a necessary step to protecting the public safety of the broader community, as detention center staff and ICE officers go back to their homes each night,” the letters read.

The plans should include daily monitoring of staff and detainees, and swift testing for anyone who displays signs of the virus.

Moreover, the detention facilities must have a plan in place to keep the facilities functioning if a large portion of the staff and detained population become ill. The ACLU and HRW urge detention officials to put together a strategy for housing sick people that doesn’t mean prolonged, widespread, and punitive lockdowns.

Finally, “treatment should be evidence-based, available immediately, and in compliance with scientifically-based public health protocols.”

The letters request that immigration leaders respond to the inquiry Friday, March 13, with details about when the officials will be available to discuss their COVID-19 plans with the ACLU and HRW.

“All governments, including the US, have an obligation to protect the rights of people deprived of their liberty, including the right to health, especially when custody heightens the risks they face,” said Nicole Austin-Hillery, US Program executive director at Human Rights Watch. “Officials in the US should take immediate steps to prevent transmission of the coronavirus and consider finding alternatives to custody for those who are at high risk should they become infected.”