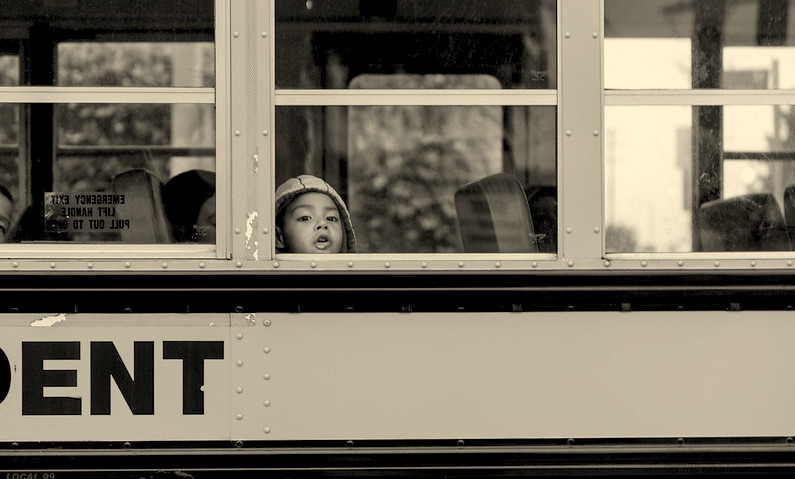 Since its launch in 2014, the Los Angeles Unified School District’s diversion program has served 1,954 kids that would otherwise have been funneled into the criminal justice system. Of the nearly 2,000 students who were diverted into community programs, only eight percent committed new offenses later.

Building on that success, last week, LAUSD officials announced an expansion of its diversion efforts. The district’s goal is to reduce student arrests on school grounds by as much as 80 percent.

The move comes in response to an October 2018 report that revealed that black students were still facing alarmingly disproportionate arrests in LAUSD schools.

The report, from UCLA’s Ralph J. Bunche Center for African American Studies Million Dollar Hoods project, found that black kids comprised 24 percent of the 3,389 arrests, 2,724 citations, and 1,282 diversions, despite making up less than nine percent of the total student body.

To make matters even worse, kids in middle and elementary school accounted for one in four of all LA School Police arrests. 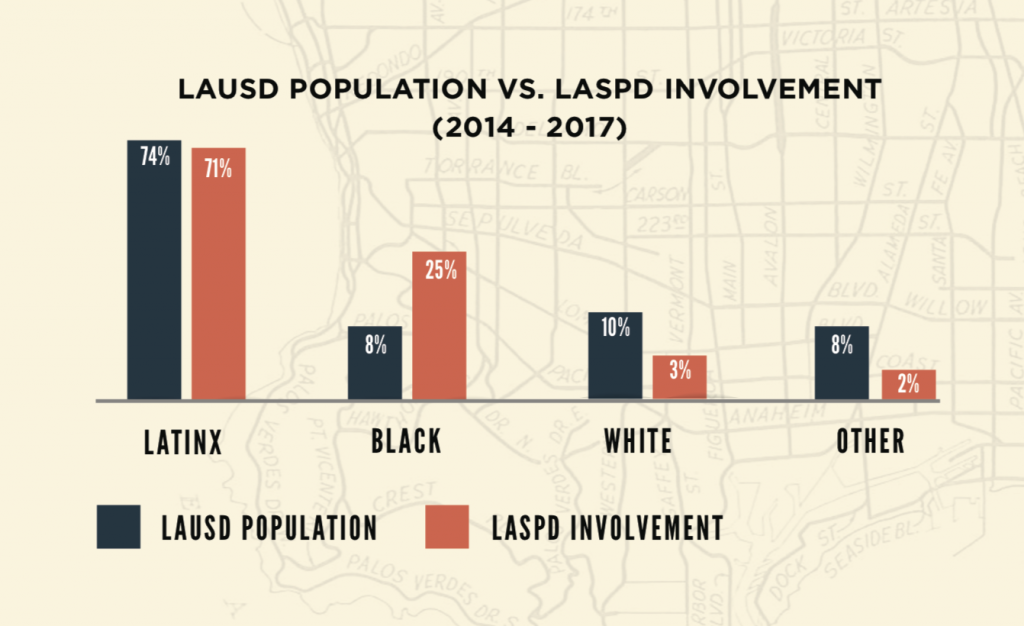 Students referred to the juvenile justice system “experience significantly poorer life outcomes than their peers,” says Isaac Bryan, Million Dollar Hoods Director of Public Policy and UCLA Ralph J. Bunche Center Policy Advisor. “Now is the time for Los Angeles Unified to lead in expanding opportunity and support for all students.” The district, Bryan says, must “double down on the [its] investments in care and diversion as alternatives to arrests and citations.”

At present, eight offenses are eligible for diversion:

The LA Unified Youth Diversion and Development (YDD) Working Group is tasked with expanding the current list of eligible offenses to include other charges. Convened in 2018 by LAUSD Superintendent Austin Beutner, the working group’s goal is to identify strategies that will reduce arrests — especially arrests among boys of color and kids under the age of 14. The group has also been asked to help the Board of Education lock in funding for community diversion services.

The district is also increasing data sharing with Million Dollar Hoods researchers, so that they can more easily evaluate the district’s program and its effect on students.

The Bunche Center, according to Kelly Lytle Hernandez, who directs the center as well as its Million Dollar Hoods project, “is committed to using the power of our research to end the criminalization of youth and to support the expansion of student support services, restorative justice practices, and community based interventions.”

In addition to taking concrete steps toward improving the school discipline climate, LAUSD officials have also approved a plan to help the district come into compliance with the federal Every Student Succeeds Act’s mandate that child welfare and education agencies provide foster youth with transportation to their “schools of origin,” the Chronicle of Social Change reports.

In 2015, then-President Barack Obama signed the Every Student Succeeds Act (ESSA), a major bipartisan education policy overhaul that, among other rules, required districts to have plans in place for transporting foster children to their schools of origin to improve kids’ educational stability, so that they do not have to change schools every time they change homes — which can be often for some kids, especially if they are older.

A third of foster youth between the ages of 17 and 18 have experienced five or more school changes.

And each school change can result in four to six months of lost learning progress, research shows. These and the many other barriers to education achievement mean that foster youth are significantly less likely to graduate high school and enroll in and finish college.

Approximately 7,000 foster youth attend LAUSD schools. The district plans to cover all of its students who need transportation services in order to stay in their home schools.

Over the last two years, the county and 11 school districts, including LAUSD, have piloted transportation services, primarily provided by the rideshare service HopSkipDrive, totaling $4.6 million. The pilot served 1,131 foster youth across the county.

In addition to some school busses, the county intends to continue to use HopSkipDrive, which equips its drivers with trauma training, until it can identify the best and most cost-effective solution to meet students’ transportation needs.