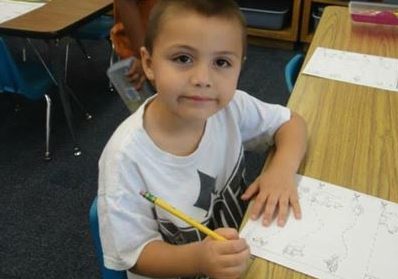 The death of 10-year-old Lancaster boy, Anthony Avalos, on June 21, has rightly triggered a great many questions about how this child, with his enormous smile could have been left in what turned out to be horrifically tortuous and ultimately deadly circumstances, after multiple calls were made to authorities since 2013 alleging abuse (although the awful chronology is a bit more complicated than that simple statement).

In the recorded interview below, Daniel Heimpel, editor and founder of the Chronicle of Social Change, talks to LA’s newly hired Director of DCFS, Bobby Cagle, who is the man who has the task of finding out what went wrong in the case of Anthony Avalos, and what kind of changes are needed in the county’s child welfare system to better protect LA’s most vulnerable kids—like Anthony.

The conversation is interesting, nuanced, and worth listening to in its entirety.

Cagle talks about the 60-employee “standing quality of assurance team,” he had working with him when he led the Division of Family and Children Services in Georgia. This quality assurance team, he said, helped him feel confident that he had his fingers “on the pulse” of that  child welfare system.

He also talked about the intricate challenge of finding a balance between safety and risk, the necessity of helping workers bring in “every child” that needs to come into the county’s care, “but not one child more,” because a child brought in unnecessarily “will traumatize that child.”

Plus, there’s a lot more. So check it out. And now over to Daniel Heimpel talking with Bobby Cagle.

Seven months into his role leading the nation’s largest child protection system, Bobby Cagle is facing the kind of high-profile child deaths that can drive foster care numbers up and leave political appointees like him out of work.

As director of Los Angeles County’s Department of Children and Family Services (DCFS), Cagle is responsible for the roughly 18,000 children placed in foster care, and an agency with a budget of $2.6 billion and 8,500 employees.

The most heavily covered of two child deaths to make headlines in L.A. in the last two months is that of 10-year-old Anthony Avalos, who died on June 21 after allegedly being tortured by his mother and her boyfriend. The case has eerie similarities to the 2013 death of 8-year-old Gabriel Fernandez, an event that haunts Los Angeles County to this day.

Prior to both children’s brutal ends, DCFS had repeatedly fielded and investigated allegations of abuse or neglect. In Avalos’ case, his family received 12* referrals from 2013 to 2016. But the wrenching déjà vu goes further. Gabriel and Anthony both lived in the county’s exurban Antelope Valley, and their photos bear a disturbing resemblance.

Gabriel’s case became a mainstay of local news coverage for months – years really – after it was first reported by The Los Angeles Times. The horrific details of the crime and the sense that child abuse investigators had missed an opportunity to save the young boy’s life, drove the county’s Board of Supervisors to act.

Within two months of Gabriel’s death, the supervisors created a Blue Ribbon Commission. The commission’s 2014 recommendations set into motion a slate of reforms that are still being carried out today.

On June 27, Cagle publicly released a six-point plan aimed at assessing the systemic failures that may have led to Anthony’s death, while ensuring that the department is prepared to prevent future tragedies.

The day before making that plan public, I interviewed Cagle at DCFS headquarters. You can listen to the edited discussion above.