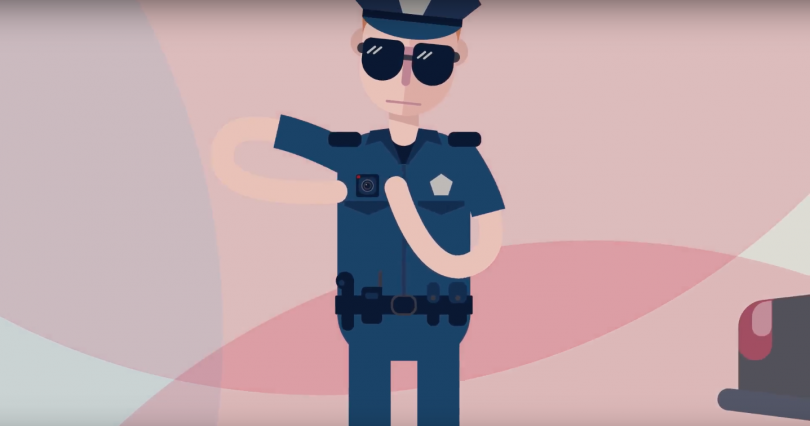 Late last week, the Los Angeles Police Commission launched a review of the LAPD’s policy regarding the release (or more often, withholding) of video footage from body-worn and car-mounted cameras of officer-involved shootings and other incidents. As part of the review, the commission is seeking public comment on the issue.

The implementation of officer-worn cameras is spreading across the US as departments work to promote accountability and increase public trust in law enforcement. However, some law enforcement agencies’ body cam policies keep most videos from ever seeing the light of day.

The LAPD withholds videos from the public, unless a court orders the footage to be released. Department policy also allows officers to review body cam video before making an initial statement after an incident.

The department has faced criticism from the ACLU and other advocates and community members who want videos of critical incidents released to the public.

“Los Angeles officials have touted body cameras as a way to provide transparency and accountability and build trust between police and the public in moments of crisis,” SoCal ACLU Director of Police Practices Peter Bibring and Staff Attorney Catherine Wagner wrote in August of last year. “But that’s not how it has played out because the LAPD’s policies for body cameras don’t provide transparency or assure the public that officers will be held accountable.”

Allowing officers to watch footage of a shooting “allows cops who are inclined to lie to tailor their story to the evidence,” said Bibring and Wagner.

The Los Angeles Police Protective League, the LAPD officers’ union, has stood firmly against the release of body cam video.

“Releasing excerpts of body worn camera video will only further inject politics into what should be an independent investigation of any particular incident,” the LAPPL wrote in a statement released last week. “Video is only one aspect of an investigation and to push for release of that video, prior to the completion of the investigation, will only taint the impartiality of the investigatory findings and that is not what the Chief should be striving for.”

Another common worry is that releasing video of a critical incident or other use of force will jeopardize the safety of the officers and victims involved.

However, as far back as 2015, voters were overwhelmingly in support of public access to body cam footage.

An ACLU and California Center for Advocacy and Policy poll found that four out of five voters wanted police to wear body cameras, and voters supported giving the public access to that footage.

Some law enforcement agencies, like those in Las Vegas and Chicago, have far more transparent body cam policies.

The Chicago Police Department releases video of shootings and other critical incidents within 60 days, but police, as well as state and federal prosecutors, can request a 30-day extension.

The Las Vegas Metropolitan Police Department generally releases video to the public between five and ten days after an incident during a press briefing. During the briefing, information about the incident, the officer(s) and civilian(s) involved, as well as any video of the confrontation, is released.

In San Diego County, law enforcement agencies only share video with the public after the District Attorney’s Office completes an investigation and decides not to bring charges against law enforcement or civilian parties. If charges are brought, the video is either released during trial or after the conclusion of the case.

Last November, the Pasadena branch of the NAACP filed a lawsuit against the city of Pasadena after the Pasadena Police Department made changes to its body cam policy, including allowing officers to view footage before submitting statements, and allowing the department to hold back sections of video and “cherry-pick” what is released to the public.

The police commission and LAPD Chief Charlie Beck are seeking public input on whether (and when, and under what circumstances) body cam video should be released to the public.

The commission held a community roundtable last week, and has three more scheduled in April in different areas of Los Angeles. (Get more info, including meeting dates and locations: here.)

Those who cannot attend a community forum, but want to share their thoughts on the policy, can take a questionnaire and upload comments: here.