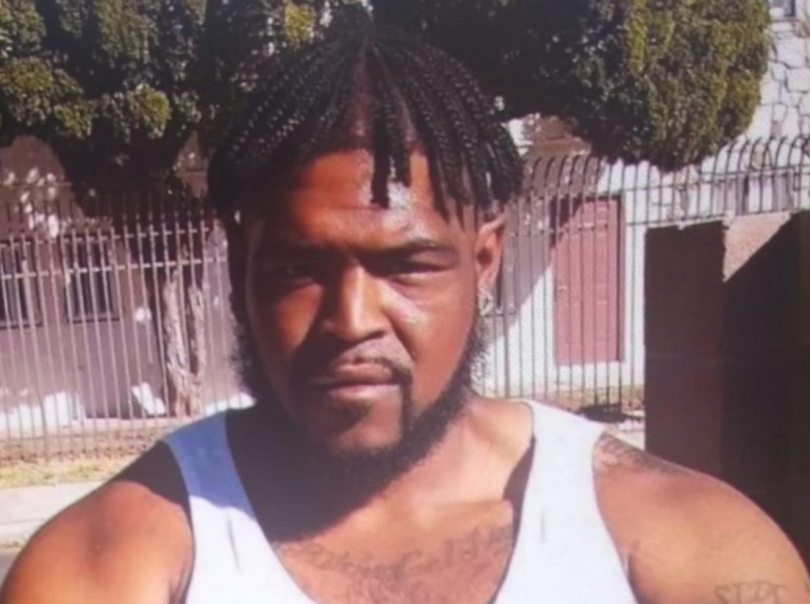 On Monday afternoon, Los Angeles County Sheriff’s deputies shot and killed a Black man after initiating what some are calling a “pretextual” bicycle stop for an alleged “vehicle code violation.”

At around 3:15 p.m. on Monday, in the vicinity of West 109th Place and Budlong Avenue in South LA, LASD deputies saw a man on a bike, and chose to stop him for “riding a bicycle in an unlawful manner.” (The LASD spokesperson could not identify the code in question.)

According to the sheriff’s department, the man, identified as 29-year-old Dijon Kizzee by Black Lives Matter organizers, got off his bike and ran from the officers as they attempted to stop him. Kizzee was reportedly carrying a bundle of clothing with him as he fled.

According to the sheriff’s department’s account of the shooting, the deputies caught up with the man several blocks away, and as they closed in, Kizzee punched one of the officers and dropped what he had been carrying. Officers say they saw a semi-automatic handgun lying on the ground among the clothing items.

That’s reportedly when the deputies opened fire on Kizzee, allegedly shooting him multiple times (in the back, according civil rights attorney Ben Crump, who is representing the Kizzee family), despite the fact that Kizzee had dropped the gun he had been carrying, and thus was, at that moment, unarmed.

#DijonKizzee, a 29yo Black man, was fatally shot by @LASDHQ deputies. Cops stopped him while riding his bike for alleged “vehicle code violation.” They say he ran, dropped clothes and handgun. He didn’t pick it up, but cops shot him in the back 20+ times then left him for hours. pic.twitter.com/CF1hVihywv

A couple of hours after the fatal shooting, the LASD issued a statement saying that a man had been “struck by gunfire.”

During the contact, a fight ensued between the suspect and deputies. The suspect produced a handgun and a deputy-involved “hit” shooting occurred. The suspect’s handgun was recovered. The suspect was pronounced deceased at the scene.

Later, at 7:13 p.m. on Tuesday evening, the department issued an updated statement saying that Kizzee “made a motion toward the firearm,” before he was shot.

A cellphone video of the moments directly after the shooting shows deputies handcuffing Kizzee, as the man taking the cell phone video yells, “He’s dead already. How you gonna handcuff a dead man?”

The sheriff’s department reportedly left Kizzee’s body on the ground late into the night, which disturbed neighborhood residents and protesters. After 11:00 p.m. protesters were Tweeting that Kizzee’s body was still on the street, 8 hours later.

According to the sheriff’s department, the deputies “have been removed from the field pending review of the incident.”

So far, the only video available is footage captured by a civilian witness. Although the first round of LASD stations are due to get body cams in October, the LASD is still years behind other large police agencies in equipping patrol officers with body cameras, due in part to foot-dragging on the part of the previous sheriff.

Monday’s shooting sent dozens of community members out into the streets to protest another Black man’s death at the hands of law enforcement. The group gathered at the scene of the shooting. Later demonstrators arrived outside of the LASD’s South LA Station. At around midnight, police declared the protest an unlawful assembly, and told protesters “escalations [would] be used” and that they would start making arrests if the group didn’t disperse on its own.

As it happens, the department had been in the news again, regarding another shooting.  The day before the fatal shooting of Kizzee in South LA, Spectrum News 1’s Kate Cagle published video of the sworn testimony of Deputy Art Gonzalez, in which the LASD whistleblower identifies the deputy who shot Andres Guardado as a prospect seeking admission into the Compton Station’s tattooed deputy gang, the Executioners.

Gonzalez also accused the Executioners of cooking arrest statistics and justifying uses of force by falsely claiming that the people they had encountered were armed.

(Here’s WLA’s previous reporting on the Executioners and Gonzalez’s legal claim against the department.)