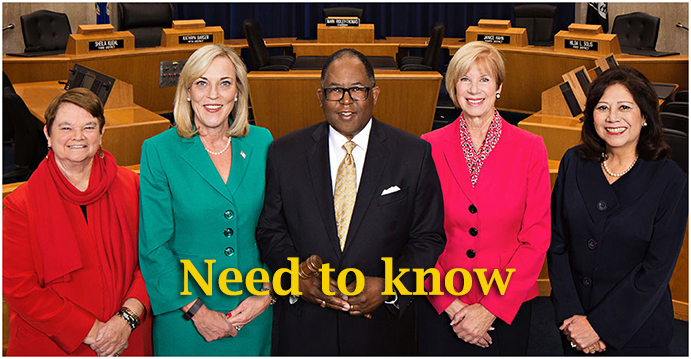 IS SENTENCING REFORM TO BLAME FOR THE DEATH OF OFFICER KEITH BOYER?

After the tragic fatal shooting of 27-year-veteran Whittier police officer Keith Boyer on Monday morning, amid the grief over Boyer’s death, there has been ongoing speculation about whether or not the alleged shooter would have been in prison—instead of at a Whittier intersection with a gun—had it not been for one or more of California’s three high-profile sentencing reform laws—namely: AB109 (“prison realignment”), Prop. 47, or Prop. 57.

As most of you know, at around 5:30 a.m. this past Monday, 26-year old Michael Mejia allegedly shot and killed his cousin at a home in East Los Angeles, stole the cousin’s car and, three hours later managed to crash the stolen auto into two other vehicles near the intersection of Colima Road. and Mar Vista Street in Whittier. When three Whittier police officers arrived to check the collision, Mejia allegedly pulled a gun and began firing, fatally wounding 53-year-old Boyer, and injuring Whittier PD officer Patrick Hazell, who’d been on the force for three years.

Once Mejia was identified, officials quickly learned that he had been to prison twice, and had been in and out of jail a string of times since he was released from state prison in April of 2016.

At a candlelight prayer vigil for Boyer attended by upwards of 2000 Whittier residents, Whittier Police Chief Jeff Piper, who had been friends with the fallen officer for a quarter century, teared up repeatedly as he talked about Boyer, whom he called “the best of the best.” Then Piper told reporters, in so many words, that he believed AB 109 and Prop. 47, were at fault for his friend and colleague’s death.

“We need to wake up. Enough is enough,” Chief Piper said at a press conference. “You’re passing these propositions, you’re creating these laws that are raising crime…It’s not good for our communities and it’s not good for our officers. What you have today is an example of that.”

Los Angeles County Sheriff Jim McDonnell, who has previously been critical of the reform measures, similarly placed blame on the statutes on Monday.

In case you’ve forgotten the details of the three laws in question, AB 109 transferred certain non-violent felony offenders away from the state system and into the county system for both incarceration and post-release supervision. Prop 47 reclassified certain felony offenses to misdemeanors. And Prop 57, passed last November, will provide—among other things— an earlier opportunity for parole for certain inmates convicted of nonviolent crimes, and additional “good time” credits for other prisoners.

The subject of Keith Boyer’s murder came up with some intensity at the tail end of Tuesday’s LA County Board of Supervisor’s meeting.

After Supervisor Mark Ridley-Thomas, who was the meeting’s chair, asked if anyone had any items they wanted to bring forward before adjournment, Supervisor Kathryn Barger announced she wished to read in a heretofore unannounced motion, co-sponsored by Supervisor Janice Hahn.

It had to do with Officer Boyer, she said, and the alleged gunman was known to have been in state prison and then released to community supervision

“The details of this suspect’s criminal history are currently being investigated along with terms and conditions of his community supervision,” said Barger.

“In order to ensure public safety and the safety of our law enforcement community, the board needs a full understanding of the specific facts leading to this tragedy as well as the county’s overall supervision policies and procedures” involving the AB 109 population.

She and Janice Hahn therefore move, said Barger, that the board direct the chief probation officer, in coordination with county counsel, the C.E.O., plus the courts involved in probation revocation hearings, to provide a report back to the board in 30 days with a rundown on Mr. Mejia’s “criminal history of charges and convictions.” She and Hahn also wanted an analysis of involvement with the state parole system, as well as revocations and a review of policies and procedures to help identify risk factors and recommendations “as needed in order to ensure the highest level of public safety.”

Supervisor Hahn, who had been to the candlelight vigil for Officer Boyer, also spoke, her voice betraying emotion.

“Many people want to blame, you know, AB 109, Prop 47, and Prop 57,” said Hahn. But, “we don’t know if those voter-passed initiatives contributed in any way. (Just for the record, AB 109 was not a voter initiative but was passed by the state legislature, but we take her point.)

“Did he get released early?” Hahn asked those assembled. “We don’t know….I think we really need to find out the facts,” she said. In short, the county needed to examine if there was “a failure of protocol that resulted in the tragic death of Keith Boyer.”

THE FACTS, AS WE KNOW THEM

So what do we know about the issue thus far?

Well, first of all, let us look at the matter of Mejia’s two prison sentences.

According to Vicky Waters, press secretary for the California Department of Corrections and Rehabilitation, Michael Mejia first reported to the CDCR on December 15, 2010, to begin a four-year sentence for 2nd-degree robbery. Mejia’s actual sentence was for two years, Waters explained. But the judge imposed “the street gang sentencing enhancement,” she said, which added another 730 days.

According to Waters, the judge also gave Mejia 302 days of pre-sentence credit, for the time he’d already served in jail while he waited for his case to be settled.

Mejia was paroled from his first trip to state prison on January 26, 2014. While on parole, he was convicted of grand theft auto, and vehicle theft (reportedly for stealing a family vehicle), for which he received another four-year sentence, half of which was to run concurrently with the non-enhanced part of his 2010 sentence.

In practical terms, this meant that, on his second trip to prison, Mejia had to serve another two years for the GTA, and vehicle theft convictions.

The bottom line, said Waters, was that Mejia “served full state prison terms as defined by law.” None of the state’s recent criminal justice reforms, she said, including AB 109, Proposition 47 or Proposition 57, “impacted when this individual was released from state prison.”

Mejia was discharged for the second time on April 19, 2016. But, due to realignment, his post-release supervision was transferred to LA County Probation, rather than being overseen by California’s parole system.

Waters confirmed that the facility where Mejia served the last part of his second sentence was Pelican Bay State Prison, a Super Max facility that is famous for its SHU and its high-risk residents. But, Pelican Bay also has regular non-SHU general population areas, plus additional lower level sections in the prison, where inmates considered non-violent, or with special needs may be sent. According to Waters, Mejia was in one of the general pop areas.

When we asked if any behavior issues or incidents had resulted in Mejia going to Pelican Bay, Waters said no. She saw no such thing on his record. Most likely, she said, the space just opened up at the facility.

Waters also pointed out that the prison-related part of Prop. 57 is not even up and running yet, and won’t be for some time. So we can’t blame it either.

After suspect Michael Mejia was released from prison on April 19, 2016, as Waters said, he was then under the supervision of Los Angeles County Probation, rather than state parole. Yet, as with parole, Mijia had a list of conditions that he had to meet as part of his county supervision, or risk legal consequences—up to and including having his probation revoked.

One of the reasons behind local supervision rather than post-release supervision by the state is that statistically speaking, California’s parole system did not have a good record of successfully aiding former prisoners with reentry. This systemic failure led to lots of return customers, and a prison system so overcrowded that the U.S. Supreme Court threatened to begin releasing prisoners themselves if the state didn’t get a grip. It was hoped that California’s county probation systems could do better with lower-level, non-violent parolees, when it came to helping them successfully reintegrate into non-prison life.

In any case, when Mejia got out the second time, he was being supervised by a county probation officer.

According to Lt. John Corina of the LA County Sheriff’s homicide bureau, between April 20, 2016 when Mejia got out of prison at the end of his second term, and Monday, February 20, 2017, when he allegedly shot and killed two people—Officer Boyer and his own cousin, Roy Torres, a few hours earlier—-the 26-year-old gang member violated the terms of his parole/probation five different times. Two of those violations were for refusing to let officers search his residence, which was a condition of his parole.

On two other occasions, he was found with small amounts of meth, or meth and heroin.

(His grandfather told the LA Times that Mejia had a problem with meth, and that he would call his grandson’s probation officer when he thought Mejia had gone back to using.)

Local parole violation number five, Lt. Corina said, was associating with gang members. As is often the case with people convicted of a felony that includes some kind of gang allegation, a “non-association” restriction was one of Mejia’s conditions.

In each of these cases, Corina said, Mejia went to jail for ten days on a “flash incarceration.” He was released from jail after his last ten-day lock-up on February 11, 2017.

Flash incarceration, for those unfamiliar, is a quickie lock up that doesn’t require the usual due process of parole hearings that a violation of conventional parole requires. A probation officer can merely persuade a judge that a flash incarceration is needed, and a locally supervised parolee can we whisked away to jail right away.

In more extreme situations, supervision may be revoked by a local judge, which can mean up to 180 days—AKA six months—in county jail.

So was a mistake made? Were there signs that Mejia was dangerous that should have led to his local parole being revoked? Lt. Corina certainly thinks so, at the very least.

Indeed, it appears the flash incarcerations hadn’t done much good.

But if this is true, these are errors in judgment, perception, and procedure. They do not appear to be artifacts of new laws—unless, of course, we want to go back to sending addicts to prison for simple possession of very small amounts of drugs.

We should know more when the LA County Board of Supervisors gets its report.

In the meantime, these are the hard facts of the matter.

More as we learn it.

EDITOR’S NOTE: The LA Times has a very good Op Ed on this issue that you can find here. It’s worth your time.