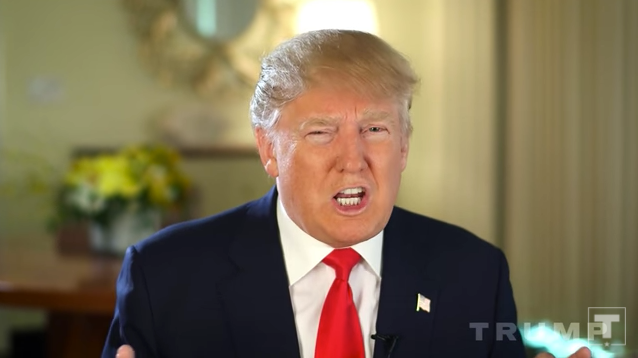 ANALYZING THE POSSIBLE SHAPE OF JUSTICE REFORM IN A TRUMP ADMINISTRATION

We can fairly assume that a Department of Justice under president-elect Donald Trump will function differently from the way the DOJ operated under President Barak Obama.

But what exactly will some of those differences mean in practical terms? More specifically, what effect will the changes under Trump have on the reforms in the justice system that have already occurred, and those reforms that are hoped for in the future?

Answers will become clearer over the next few months and beyond. And we hardly need say that we will track the these issues closely. In the meantime, here is some of what we know, along with what we and others can deduce, surmise, and prognosticate.

CIVIL RIGHTS DIVISION OF THE DOJ

Nine months after taking office, then-Attorney General Eric Holder revivified and strengthened the Department of Justice’s Civil Rights Division, which meant, during Obama’s first and second terms, a jump in the number of federal consent decrees and memoranda of understanding entered into with law enforcement agencies. In the case of Los Angeles, this meant two such agreements with the Los Angeles Sheriff’s Department, and the extension of the MOU with the LA County Department of Probation, having to do with the way probation treated the kids in its care.

As the LA Times noted in 2015, George W. Bush didn’t like pushing police departments into court.

The Obama administration, in contrast, felt such legal tools were useful. Like any tool, consent decrees at the like can been misused, of course. Yet in recent decades in California counties, they have been helpful.

California’s most famous agreement in recent years between the police and the feds is, of course, the post Rampart scandal federal consent decree negotiated by the feds with the Los Angeles Police Department in 2000, near the end of Bill Clinton’s second term as president. While onerous at moments, the LAPD’s consent decree was,according to LAPD higher-ups we have spoken to over the years, including Bill Bratton, characterized it as a tool without which much needed departmental reform would have been far more difficult, particularly changes in training that were regarded as universally positive.

Similarly, albeit smaller in scope, the settlement announced in August 2015 between the Los Angeles County Sheriff’s Department and the U.S. Department of Justice concerning the failure to provide a safe, appropriately monitored, non-abusive environment, including “adequate mental health services,” for the mentally ill in the LA County’s long-troubled jails, was lauded by both sides as useful and non adversarial. In fact, Sheriff Jim McDonnell explained to reporters at the time that the agreement would provide the needed leverage “to get the resources necessary,” to accomplish long lasting reform.

Still San Francisco Examiner’s Jonah Owen Lamb wrote of reform advocates who worry about whether or not the new administration will follow through with its involvement in the reform of agencies like San Francisco’s troubled police department.

The federal Department of Justice’s Community Oriented Policing Services Office recently issued a blistering review of the San Francisco Police Department, which offered a series of recommendations that will be implemented in the coming year with federal oversight.

But the Justice Department’s pressure on The City to follow through with those reforms may not be very strenuous after Trump is sworn into office in January, according to some police watchdogs.

In the past year, the SFPD has been put in the spotlight by activists, reformers and city politics. During that time, former Chief Greg Suhr resigned — Acting Chief Toney Chaplin has headed the department since May — and there were three high-profile fatal police shootings.

Additionally, new revelations about racist text messages among officers and several scathing inquiries have painted the department as mismanaged and culturally retrograde.

But Trump’s pro-enforcement message may not come as bad news to some in the department who are resistant to change.

In a YouTube video from February, for instance, Trump said law enforcement is not respected enough and should be given more authority.

“Sure, there’ll be a bad apple. There’ll be a bad thing happen. And it ends up on the news for two weeks and everybody hates the police,” Trump said. “The fact is, they do an incredible job.”

The trend under Obama for the feds to proactively investigate suspected wrongdoing by local law enforcement made room for the multi-year investigation of abuse and corruption inside the Los Angeles Sheriff’s Department that was carried out, over the last six plus years, by the FBI with the support and active involvement of offices of the two U.S. Attorneys appointed by President Obama, namely former U.S. Attorney, now judge, Andre Birotte, and current U.S. Attorney Eileen Decker.

The string of indictments and convictions that have resulted, plus the trial to come of former LA County Sheriff Lee Baca, are all the result of that emphasis. At one time, behind closed doors sources told us that Baca was likely untouchable. But that turned out not to be so.

The Marshall Project’s Bill Keller wrote on Friday, that a Trump administration is likely to take a more hands off approach to police reform, as suggested by Trump’s repeated calls for more aggressive “law and order.”

Had the complaints against the Los Angeles Sheriff’s Department surfaced during the Trump administration to come would things have been different?

When it comes to other kinds of criminal justice reform, justice advocates are concerned by Mr. Trump’s statements about his plans to roll back a great many of President Obama’s executive orders. Whether those orders the new president has in his sights relate to justice reform or not is not clear. But there are a number of executive orders that, if wiped away, would represent a major step backward.

He could, for example, spike the newly instituted limits on keeping kids in federal solitary confinement. Trump could similarly roll back Obama’s order to “ban the box” on federal employment applications, the “box” that has, in the past, forced job applicants to disclose any kind of felony record, thus creating a huge impediment to getting jobs for those trying to get on their feet after a prison. Obama’s “ban the box” order was a welcome step toward lowering the nation’s long-awful recidivism rates. It would be damaging to see that step obliterated.

Yet, as several advocates have pointed out, most of the reforms having to do with such pressing issues as incarceration policy, bail policy, sentencing, and juvenile justice systems occur at a state or county level.

Both California and Los Angeles County have banned juvenile solitary except in limited instances. Vaporizing one of Obama’s executive orders won’t change that.

Moreover, the trend in criminal justice and public safety, as demonstrated by various ballot propositions passed in states around the nation, is in the direction of reform.

GLIMMERS OF LIGHT AND GLIMPSES OF DARKNESS

Writing for the Crime Report, Ted Gest points out that Newt Gingrich, one of Trump’s closest supporters, and someone likely to be a part of his administration, has been an active member of the Right on Crime movement.

One of Trump’s key supporters, former House Speaker Newt Gingrich, has endorsed Right on Crime’s program of “reforming the system to ensure public safety, shrink government, and save taxpayers money,” but there is no certainty that Trump will go along.

Gest also notes that people like Marc Mauer of the D.C.-based Sentencing Project, worry that Trump’s “record on criminal justice policy is not encouraging, to say the least….During this campaign Trump has issued a call for ‘law and order’ without offering any details of what that might entail, and has seriously misrepresented data on crime trends. One can only hope that he might come to appreciate the complexity of these issues when he takes office, and recognize that liberals and conservatives alike have largely moved beyond the ‘tough on crime’ era.”

In addition, Gest writes about moves by the Obama administration to find ways to lower the federal prison population, and to curtail the use of private prison facilities, both trends that Trump may not favor.

The federal prison population steadily rose in recent years under mandatory minimum terms set by Congress for drug cases and other categories to a high 219,298 in 2013. The total has dropped to 191,579 as of last week, including about 22,000 in private facilities that the Obama administration wants to stop using but Trump may continue.

With the latter issue in mind, it was interesting to note that while many stocks tanked last week, after Trump’s victory, two stocks in particular shot through the roof. They were the pair of private prison stocks. Corrections Corp. of America (CXW) (recently rebranded as CoreCivic) surged 36.22% to $19.33, on Nov, 9, and closed at $20.80 on Monday.