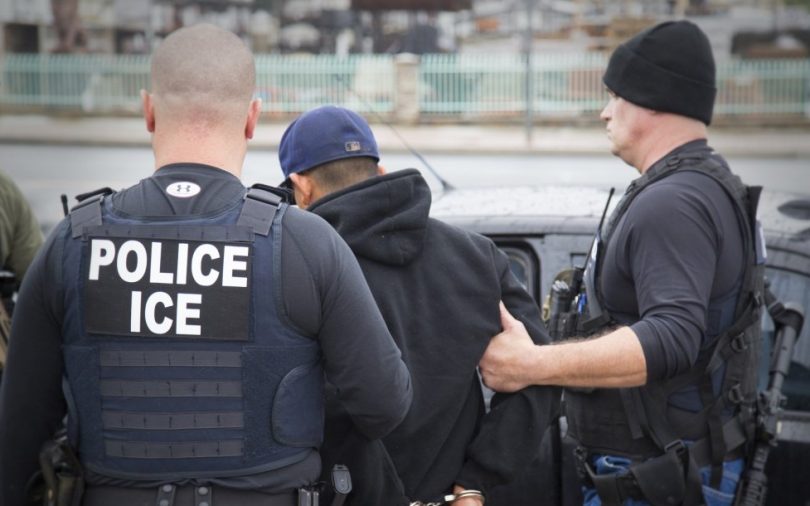 Does Mandatory Lifetime Deportation for Non-Citizen Juvenile Offenders Violate the Eighth Amendment of the Constitution?

Kids and the Constitution may complicate President Donald Trump’s executive order on immigration, which calls for the deportation of non-citizens charged with a criminal offense.

While the order does not specifically address juvenile offenders, it broadly expands the definition of who is considered a deportation priority, likely including many juveniles convicted of crimes in adult courts.

According to Southwestern School of Law Professor Beth Caldwell, who authored a report on the inconsistencies between criminal and immigration law, mandatory lifetime deportation orders imposed on non-citizens convicted of juvenile offenses should be considered a violation of the Eighth Amendment’s ban on cruel and unusual punishment.

“In the criminal realm, the Eighth Amendment has been interpreted to prohibit some of these practices [lifetime sentences] for juveniles, but in the immigration realm, it’s very difficult to get traction with that kind of argument,” Caldwell said.

Statistics on the number of people deported on the basis of juvenile crimes are not tracked. Only criminal convictions in adult courts can trigger an automatic immigration detainer, but findings in juvenile courts can still have adverse immigration effects. Juvenile dispositions don’t carry any direct immigration consequences – i.e., a delinquent ruling will not directly cause a deportation order. But there is nothing that keeps ICE agents from picking up juvenile offenders (or any juvenile) and then using their juvenile conduct against them in deportation proceedings.

The Campaign for Youth Justice reports that more than 250,000 juveniles are tried in adult courts each year in the United States. If convicted of an aggravated felony – a category that can include fraud and assault, as well as more serious offenses – juveniles are subject to the same punishments as adult offenders. For non-citizens, that includes mandatory lifetime deportation orders, even if they are lawful permanent residents.

“One of the saddest aspects of deportations that I have encountered are young people who essentially identify as Americans, who grew up in the United States and often have no memory of their birth country, but who face deportation after serving their criminal sentences,” Caldwell said.

In 2014, Caldwell reviewed 109 parole hearings in California involving people convicted of crimes committed when they were juveniles. Around 10 percent had immigration holds, meaning they would likely face deportation even if they were found suitable for release.

“There’s no parallel track for deciding whether they should be deported or whether they’re still a danger,” said Caldwell, “It’s just, if you have this conviction you’re out.”

The lack of judicial discretion in juvenile deportation procedures is inconsistent with recent Supreme Court decisions, according to Caldwell’s report. In Graham v. Florida, the court ruled that life without parole sentences are unconstitutional for juveniles convicted of non-homicide offenses. The Supreme Court later decided in Miller v. Alabama that juveniles are entitled to individual sentencing considerations, even in cases of homicide.

In Miller, Justice Kagan, writing for the majority, noted that “mandatory life without parole for a juvenile precludes consideration of his chronological age and its hallmark features — among them, immaturity, impetuosity, and failure to appreciate risks and consequences.”

On January 25, President Trump signed an executive order prioritizing deportations for anyone who has “committed acts that constitute a chargeable criminal offense,” highlighting the growing interdependence between criminal law and immigration law. But despite the clear connection between criminal convictions and deportations, deportation orders are considered civil and not criminal punishments, and are therefore not subject to the same considerations outlined in the Supreme Court’s recent decisions.

“Historically, Congress has been given broad authority over immigration law in an unprecedented way,” Caldwell said. “Because immigration is found to be under the purview of international relations and national security, the Constitution hasn’t been found to apply in an immigration context.”

Caldwell’s report, however, cites evidence that exceptionalism in immigration law may be eroding. In the 2010 case Padilla v. Kentucky, the Supreme Court ruled that criminal defense attorneys must advise their clients about the immigration consequences of a guilty plea. Caldwell writes:

“Although the Court did not ultimately categorize deportation a ‘direct consequence’ (or punishment), it treated it as one by finding counsel ineffective for failing to advise his client that his plea could result in deportation. The decision thus supports viewing deportation as a punishment.”

This finding, coupled with the string of Supreme Court decisions that have declared mandatory life without parole sentences for juveniles unconstitutional based on adolescent development research, suggests a logical path forward for those arguing that the same rationale that exists in the criminal realm should carry over to the immigration realm.

“Deportation has become increasingly harsh and intertwined with criminal justice over time,” wrote Caldwell in the report. “When considered in light of these changes, it should be defined as a punishment.”

But in the current political climate, which has increasingly moved towards stricter punishments for those labeled as “criminal aliens,” Caldwell anticipates an uphill battle in finding relief for those deported due to their juvenile conduct.

“There’s a disconnect between reality and some of the rhetoric.” Bret Schafer is a Master of Public Diplomacy Candidate at the University of Southern California and the Editor-in-Chief of Public Diplomacy Magazine. He earned a B.S. in Radio/Television/Film with a minor in Sociological Studies from Northwestern University. He wrote this story as part of the Media for Policy Change course at USC.

This story was originally published in the Chronicle of Social Change