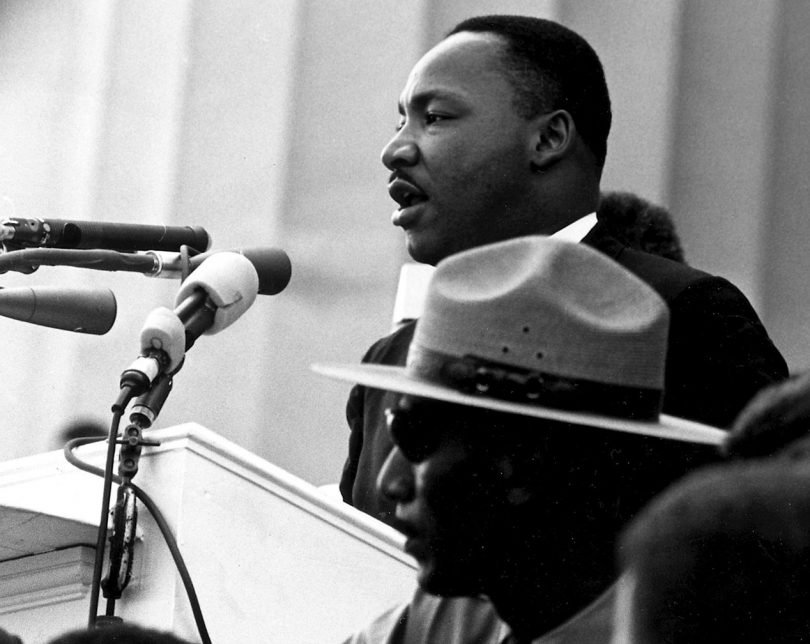 “On April 4th, 1968 at 7:05 p.m. central time, Dr. King’s life was cut tragically short. 50 years later a need for his dream to be fulfilled is far greater than ever. #DreamStillLives”

Below you’ll find the video that the legendary and irreplaceable Mr. Wonder compiled— with the help of a few friends—to honor the 50th anniversary of Martin Luther King Jr.’s death.

“Martin had a beautiful quote, ‘The arc of the moral universe is long, but it bends toward justice.’ My dream is to live in the world where that justice has come to fruition. #DreamStillLives”

The photo of Martin Luther King, Jr. giving his “I Have a Dream” speech during the March on Washington in Washington, D.C., on August 28, 1963, is part of the holdings of the U.S. National Archives