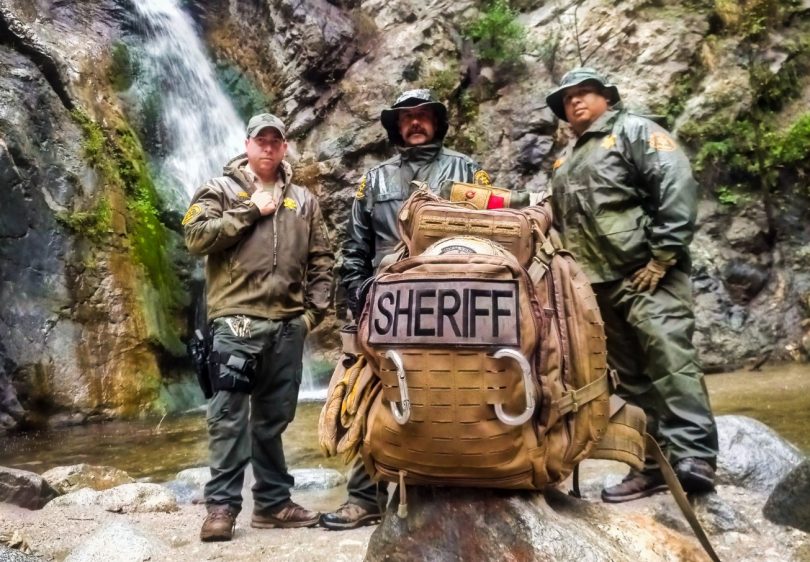 Los Angeles County has one of the largest locally-operated public parks systems in the nation.

LA County’s park system consists of a variety of regional and smaller neighborhood community parks, plus nature centers, arboreta, gardens, and some golf courses, all of which also fall under the LA County park umbrella.

It is also a system of parks that is critical to the quality of life of millions of county residents whose only regular access to green and space may be at the nearest county park.

For the last eleven years, the LA County Sheriff’s Department has provided community policing services at many of LA County’s Park through its Parks Services Bureau. 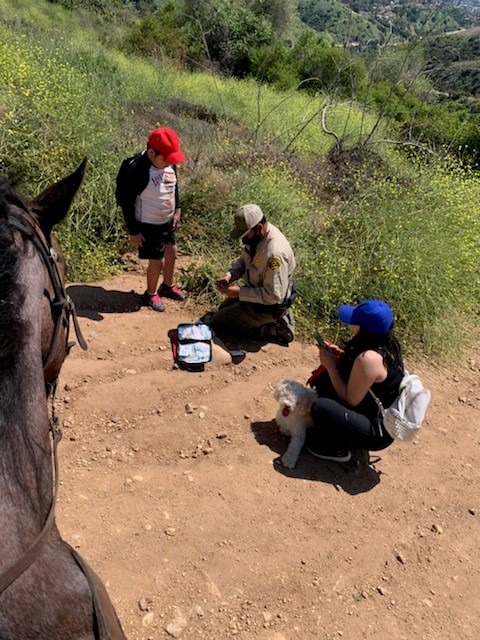 Yet, during the struggle in July of this year over the LASD budget for FY 2020-2021, LA County Sheriff Alex Villanueva threatened to eliminate the department’s Parks Bureau.  Furthermore, the sheriff  appears to have made the move unilaterally without any kind of agreement from the County Department of Parks and Recreation (DPR).

When Villanueva initially announced the probable elimination of the Parks Bureau in a very unhappy public statement on the LASD website, he characterized the decision as one demanded by then LA County CEO, Sachi Hamai, as part of  “defunding” the department’s budget. However, this claim by the sheriff that it was the CEO who insisted that he shutter the department’s Parks Bureau as part of cross county budget cuts, turned out to be…untrue.

(For the details see our July 2 story that includes the sheriff/CEO showdown.)

In the case of the sheriff’s department,  the board made a point of allocating $23.975 million to restore funding to the Parks Bureau.

However, according to a new motion authored by Supervisors Mark Ridley-Thomas and Janice Hahn, the department “recently indicated that the additional funding to restore the Sheriff’s curtailment of the Parks Services Bureau would not be used” for county parks as specifically intended by the supervisors.

The motion, which will come up for a vote on Tuesday, Oct 13, asks the interim CEO and the Department of Parks and Recreation (DPR) to report back within 90 days on “potential opportunities to enhance and reimagine Community Policing at County Parks.”

This appears to suggest that, unless the sheriff moves the designated funding back to the Parks Bureau,  the reimagined park policing will be done without the sheriff’s department. 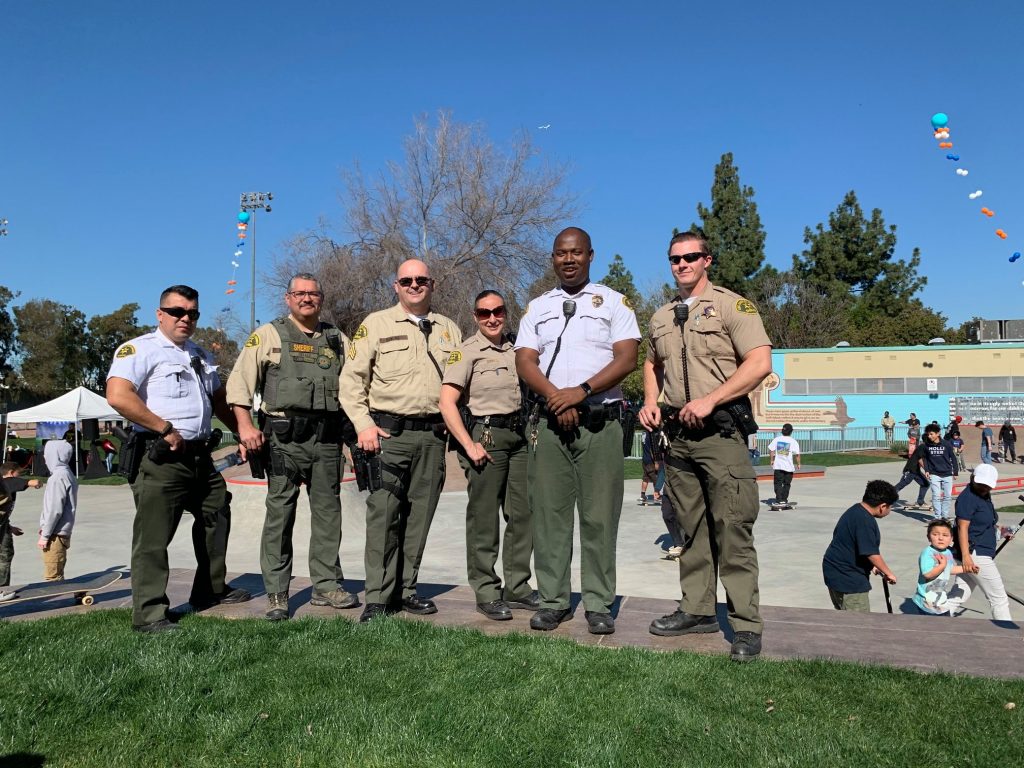 The motion states that the requested new report should also include recommendations for alternative staffing models for providing public safety and community policing at county parks, “including the use of unarmed staff trained in crisis response and violence prevention strategies.”

If passed, the Ridley-Thomas/Hahn park policing motion will become a part of interweave of recently passed motions that call for system-wide change in order to create “a more equitable, safety-producing, anti-racist government,” particularly when it comes to anything having to do with the county’s justice system.
Among these other recently passed motions are the following:
On Tuesday September 29, the same day that the board approved the $23.975 million, that was intended to restore funding to the Park Services Bureau, the supervisors surprised many board watchers by allocating $72 million to a potentially history-making justice reform initiative known as Alternatives to Incarceration  or ATI.
As some readers may remember, on March 9, 2020, the ATI workgroup delivered to the supervisors a remarkable 98-page report outlining what needs to be done to  begin to build a  countywide system of “alternatives to incarceration,” which would necessitate a wide array of changes.

And at that same meeting, the board voted to adopt the ATI’s five main strategies, and to create the ATI Initiative as a permanent entity within the CEO’s, in order to begin implementing their recommendations.

But after the March meeting,  COVID – 19 began to explode in California in earnest, setting in motion collateral damage to the state’s and counties’ budgets.

In LA County, this resulted in a lot of plans, programs and initiatives getting slashed when the board approved its trimmed down FY 2020-2021 budget in July.

Most of the cash needed to jump-start ATI was among the things cut in order to balance the budget.

Yet, in late September, when it was time for the board to approve the county’s supplemental budget,  the supervisors made it a priority to come up with a working budget for the ATI.  Thus they allocated $72 million to help put the initiative’s five main strategies back into forward motion.

And as it happens, the part of its five strategies for change, the report notes that most of the people in the county’s jail system “come predominantly from five zip codes,” namely those representing South Los Angeles, Compton, Long Beach, and the Antelope Valley, and all in communities that are generally labeled “struggling” and “precarious.”

Part of the problem,  the report points out, is that these five areas “do not benefit from access to the same amenities and opportunities that exist in other zip codes” such as schools that provide a variety of academic and extra-curricular options, “and neighborhood parks.”  (Italics ours.)

So, having the money dedicated to providing public safety for the county’s park system, suddenly and reportedly unilaterally repurposed would seem like a move backward, when it comes to the ATI’s goals.

Another motion passed at the September 29 meeting that also has a bearing on the new Park Bureau motion.

This motion, authored by Supervisors Ridley-Thomas and Sheila Kuehl, called for a  “robust violence prevention strategy ”  to “collaboratively bring to the forefront the range of services available for communities” to  help residents “lead healthy, trauma-free lives.”

This strategy would presumably include some kind of community policing services for the parks located in neighborhoods that “continue to be impacted by recurring and historical trauma from violence within their own households, and in their communities.”

A third relevant motion that passed at the same board meeting was authored by Janice Hahn, and directed county leaders reimagine the 911 system and ways that teams other than law enforcement could respond to emergencies, particularly mental health crises and other emergencies that would be better served by health and human services workers.

So does that mean the Park Service should be completely be rethought using civilians?

Or could the community policing-oriented LASD Parks Bureau (which has been known for bureau members who are devoted to their work) successfully be a part of its own reimagining, if the sheriff’s department would fork over the $24 million that was intended for the bureau all along?

With all this in mind, it will be important to see what will happen on Tuesday in response to the Ridley-Thomas/Hahn motion aimed at “ensuring reliable and consistent public safety in Los Angeles County parks,” very possibly, unless something changes, without the aid of the LA County Sheriff’s Department.

More as we know it. So…watch this space.

In the photo above, the Trails Team is keeping Eaton Canyon Nature Center and the trails safe. The Eaton Canyon Waterfall Trail is a 4 mile out and back trail in Altadena. Courtesy @ParksLASD