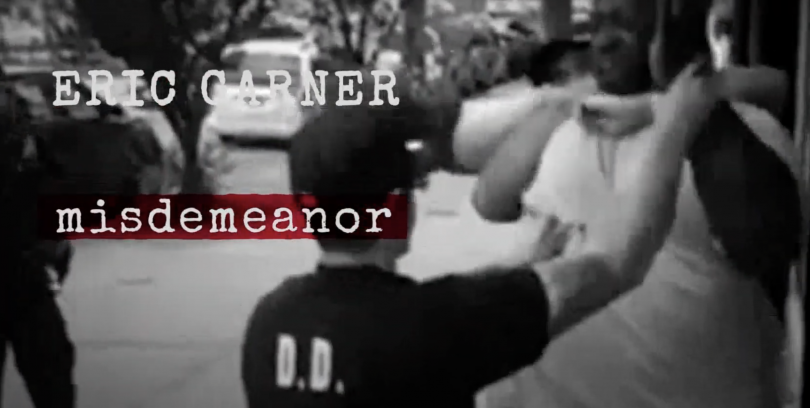 The U.S. has a misdemeanor problem.

Misdemeanor charges make up over 80 percent of the criminal cases processed across the nation.

In the last few years, however, a new brand of reform-minded district attorneys — LA’s George Gascón among them — have been dialing back many of these low level prosecutions, reasoning that, from a cost/benefit perspective, it is often not in the best interest of public safety or community health to charge these nonviolent crimes.

Others who hold a more conservative view of crime and consequence argue that, without the threat of punishment, lawbreakers, even if their initial offense is non violent, have less incentive to reform. Worse, the next time around, their illegal actions may escalate.

Earlier this year WitnessLA wrote about trio of researchers at the nonpartisan National Bureau of Economic Research who decided to dig into the question of the damage done by misdemeanors.

And of course, unsurprisingly, racial disparities permeate these misdemeanor arrests.

(There’s a lot more to the study and the issue, which you can find here and here.)

Now, however, for those who want to learn still more about the problem of misdemeanor prosecutions and the vicious Jim Crow era history of the practice, which began even earlier as a backdoor form of slavery, you can do so in form of a brand new documentary by producer/director Robert Greenwald.

The new film, Racially Charged: America’s Misdemeanor Problem, lays open the connection between today’s misdemeanor system, and the cruelty of the nation’s Reconstruction era, then brings the issue into the present day.

And since the film is made by well-regarded non-profit filmmaker, Greenwald, founder of Brave New Films, you’ll find that it is deeply engaging as well as informative.

The documentary came about after Greenwald came across a 2018 book by Harvard Law School professor, Alexandra Natapoff, called Punishment Without Crime: How Our Massive Misdemeanor System Traps the Innocent and Makes America More Unequal.

Barry Scheck, co-founder of the Innocence Project, wrote of  the book, that it “…completely upends the criminal justice conversation, ” and that Natapoff showed “the dark truths about the misdemeanor process,” how it “forces the innocent to plead guilty, how it disregards basic legal rights, and how it inflicts deep injustice.”

Greenwald read Natapoff’s book and he too became enraged at the hidden-in-plain-sight injustices it illuminated.

He decided he needed to turn what he’d read into a film in the hope the information would reach more people, who would, in turn, start challenging the way the justice system was doing business when it came to these seemingly insignificant charges.

Now you can watch the result in the form of Greenwald’s documentary, Racially Charged: America’s Misdemeanor Problem, via the YouTube link below.

After the documentary, which runs around 35 minutes, we recommend that you keep watching to see a panel discussion featuring Greenwald, Professor Natapoff, and a few others, including LA District Attorney George Gascón, who explains why he sees the issue as critically important, and why right after his swearing in, he announced among other reforms, his decision to not file on certain misdemeanors.

“My mind’s been going overtime thinking how I can share the film, especially with decision makers around this county,”Gascón said after the documentary.  “Because we’re in the middle of a war of ideas… I call it a war because we have the carcal establishment of this county,  and around the country, that is pushing hard, very very hard” against “the work we’re trying to do here which in part is in recognition of the fact that the whole industrial complex around misdemeanors, not only doesn’t make us any safer, actually it make us less safe, it criminalizes [the] community and creates more insecurity.”

So, watch the documentary and then the panel.  Both are worth your time.

The top photo is a screen shot taken from Greenwald’s new film, which you can learn more about here.