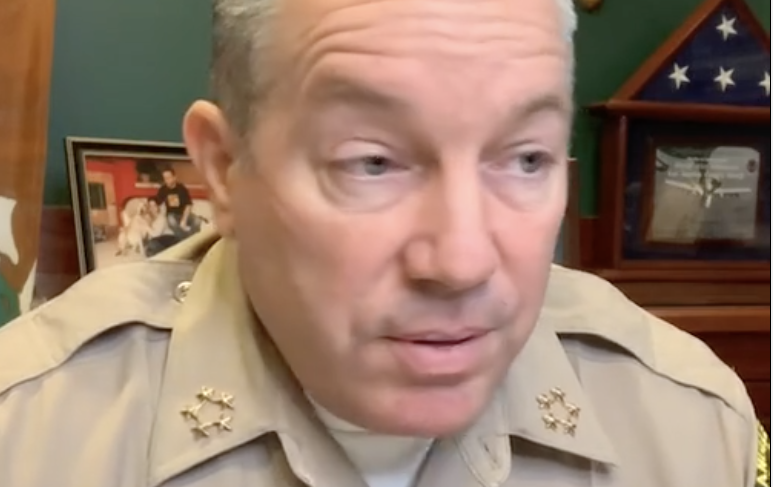 Shortly after the noon hour on Thursday, former federal Judge Robert Bonner, who is a member of the LA County Citizens Oversight Commission (COC), called for the resignation of Sheriff Alex Villanueva.

In an eloquent statement, which appeared to have cost him emotionally, Bonner asked the sheriff to step down near the end of the four-hour COC meeting.

The statement was particularly startling in that Rob Bonner is arguably the most conservative member of the COC.  Certainly, he is the most experienced when it comes to law enforcement. 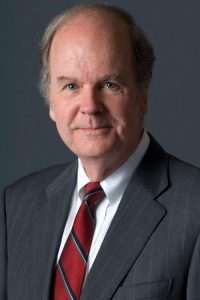 In addition to his position on the commission, Bonner was a U.S. District Judge for the Central District, and the former head of the Drug Enforcement Administration (DEA), appointed to the post in 1990, by George H. W. Bush. In 2001, post 9/11, George W. Bush appointed Bonner to head up the U.S. Customs and Border Protection.

Robert Bonner is also a former U.S. Attorney, and a former prosecutor.

In other words, to say Rob Bonner doesn’t fully appreciate the challenges of law enforcement doesn’t hold up.

Bonner first became immersed in the functioning of the Los Angeles Sheriff’s Department when he served on the Citizens’ Commission of Jail Violence, so it was not surprising when he was also asked to serve on the COC.

“It is with great reluctance that I’m calling for Sheriff Villanueva to resign,” Bonner said, reading from a written statement that he appeared to have in front of him on his desk.

(The commission members and others all attended the COC meeting virtually.)

“I don’t take this step lightly,” he continued. “I do this because it has become apparent as he has demonstrated on multiple occasions that he lacks the judgment to be the sheriff, and that he’s unable to provide the leadership needed by the Los Angeles Sheriff’s Department.”

Bonner then listed what he said were a few of the actions that the sheriff had taken that led Bonner to the conclusion that the LA County Sheriff’s Department itself deserves better “and “the men and women of the sheriff’s department deserve better.”

The first action Bonner listed was when Villanueva reinstated former deputy Carl Mandoyan “who’d been terminated for misconduct.” From the very beginning of his tenure, said Bonner, “the sheriff has demonstrated a lack of judgment and “the lack of ability to assess and reconsider his actions.”

Second, said Bonner, “he’s the only sheriff in modern Los Angeles history — and I’m going back to Sheriff Peter Pitchess — who has no effective relationship with the board of supervisors.”

Please understand, the former federal judge said, “that the sheriff is an independent elected official and he is not beholden to the BOS, nor should he be.  But for the good of the sheriff’s department, any sheriff knows, or should know — except apparently Sheriff Villanueva — that one should strive to develop a positive relationship with the board of supervisors.”

Instead, said Bonner, the sheriff has not only failed to develop a relationship, but he has also “gone out of his way to alienate and even insult supervisors.”

Third on Bonner’s list is Sheriff Villanueva’s resistance to efforts to provide any kind of oversight of the LASD. For instance, he said, when the commission asked the sheriff to come and brief members on, among other things, actions that were being taken at “LA County jails in light of COVID-19,” he declined their invitation.

“When we reluctantly issued a subpoena to compel his attendance,” said Bonner, “he defied it. And sent Assistant Sheriff Chase instead.”

Next up was Villanueva’s relationship to the LA County Inspector General, whose office provides the investigative arm of the COC.

“Not only has the sheriff resisted legitimate requests for information needed for oversight, in what can only be described as a crude attempt at intimidation,” said Bonner crisply, “the sheriff indicated that the department was  investigating the inspector general, Mr. Max Huntsman.”

(The investigation is reportedly still ongoing, although what exactly it has produced is unknown.)

Furthermore, in a time when “reforms are being demanded and are long overdue,” said Bonner, Villanueva “has generally dragged his feet.”

As an example, Bonner pointed to the matter of deputy gangs.  “Although the sheriff issued a policy last spring” prohibiting such deputy cliques, that many applauded, the former fed judge said, since then, “he has done little or nothing to enforce that policy.”

For these and other reasons, Bonner said he has reluctantly concluded that the Los Angeles Sheriff Department, which has “the potential to be one of the best and most professional law enforcement organizations in the county, and which has many, many dedicated deputies, deserves better.”

Finally, Bonner brought up the terrible shooting of the two deputies last Saturday night, September 12. Some of the sheriff’s behavior after the fact, Bonner said, “was not what one would expect from a mature law enforcement leader.”

In his listing, Bonner did not point to the controversial issues that had already been discussed earlier in the meeting, such as the peculiar and, in most cases, apparently false representations by the sheriff and department’s social media, of the circumstances surrounding the arrest of KPCC news reporter, Josie Huang in the wee hours of September 13.

Bonner did, however, list the “baiting a professional basketball player,” which he pronounced, “ridiculous.”  (The basketball player was Lakers star LeBron James, who had been vocal about systemic racism in America.)

He also noted the recent matter of an LASD press spokesperson tweeting blatantly racist comments, who was “unexplainably still working for the sheriff’s department,” said Bonner.   “It boggles the mind,” he said.

Commissioner Bonner added the handling of the “unexplained and unexplainable” incident in which deputies took and shared photos of the Kobe Bryant accident scene.

“Los Angeles County and the Los Angeles Sheriff’s Department deserves better,” he repeated. And that was that.

For the first few seconds after Bonner finished, there was dead silence in the virtual room, as other members of the COC tried to quickly take in the implications of Bonner’s apparently unexpected statement.

By the meeting’s end, it was agreed that a newly formed ad hoc committee of the COC would draft a collective no confidence resolution regarding the sheriff — although what such a statement would accomplish was not entirely clear.

“Maybe it is time to not pretend anymore,” said Commissioner Patti Giggins, as she and the other commission members struggled visibly to gather their thoughts.

“We’ve gotten to this particularly serious point and I don’t believe it was of our making,” Giggins said. The commission was now “pretending” to do oversight, she said again.

Later in the day, two members of the LA County Board of Supervisors also called for Villanueva’s resignation, as Supervisors Mark Ridley-Thomas and Sheila Kuehl announced their support of the call for the sheriff to step down.

Near the end of a 3:00 p.m. press conference on Thursday, Sheriff Villanueva answered a reporter’s question about the call by COC member Bonner to step down.

The sheriff said he’d “heard something” about what occurred at the COC meeting, but dismissed the Civilian Oversight Commission in general as “an echo chamber for the board of supervisors.”

They long ago “crossed the line” between “watch dog and attack dog,” Villanueva said.

As mentioned above, the call for the sheriff’ to step down comes five days after the ambush shooting of two LA Sheriff’s deputies by a still unidentified suspect who ran up to the deputies patrol car — where the partners were parked outside the Metro Blue Line station in Compton — and fired straight into the passenger side window, injuring both deputies gravely.

The deputies, who have not been identified by name, but whom we know as a 31-year-old woman, and mother of a six-year-old, and a 24-year-old man, both members of the department’s Transit Services Bureau, each underwent surgery, and now are expected to recover.

The male deputy has been released from the hospital, according to sheriff’s officials, but the female deputy remains and is expected to have more surgery. Both deputies have “long roads ahead,” according to an LASD spokesperson.

On Twitter, Sheriff Villanueva wrote that “We at @LASDHQ appreciate the outpouring of prayers and support” for the ambushed deputies.