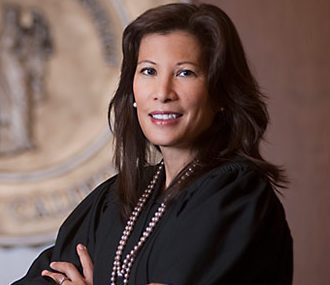 One of California’s strongest and most effective advocates for reform of the cash bail system in the state is the Honorable Tani G. Cantil-Sakauye, the Chief Justice of the California Supreme Court.

“More than 200,000 bail bonds are posted in California each year,” she wrote, “generating $308 million in non-refundable premium fees from accused persons, their families, and friends who post bail for them.”

But, she noted, this cash producing system also produces significant collateral damage for low income individuals and their families if they don’t somehow find a way to raise the cash necessary to pay that non-refundable fee.

“Being detained in custody pretrial, even for a short period of time, can threaten an individual’s employment, housing, financial stability, and family.”

As a consequence, according to the chief justice, members of the “judicial branch leadership” in every U.S. state, are becoming serious about the need for rethinking and reforming the bail system.

And those judges who aren’t yet taking a leadership role, according to Cantil-Sakauye, need to step up, because the existing system has become “a pay-to-play model for access to justice.”

The “architecture for this model,” she wrote, is made up of penalties, fines, fees, and forfeitures, which has also “barred many from the halls of justice.”

Therefore, it is part of the judiciary’s job to get involved.

“The revered mantra for judiciaries around our country is ‘justice for all.’ Justice is mentioned first in our nation’s constitution and last in our pledge of allegiance, and we as judicial officers and public servants swear an oath to protect both our state and the federal constitutions,” she wrote.

Cantil-Sakauye has been practicing what she has been preaching. In late October of 2016, she announced the formation of a Pretrial Detention Reform Work Group “to study current pretrial detention practices and provide recommendations for potential reforms.” The work group includes 11 judges, along with a few other needed experts.

After nearly a year of work, the group’s report is due to be released next week.

Cantil-Sakauye is also working with Governor Jerry Brown, and a handful of state legislators, to come up with a bail reform bill that Brown feels he can sign.

The chief justice is not, it should be noted, anything approaching a blindly enthusiastic reform advocate.

For instance, there was the matter of the bail reform bill—AB 10—that passed the state senate in May of this year. Then, in June, a few weeks after AB 10 got a go-ahead from the senate, the Judicial Council of California, which Cantil-Sakauye chairs, sent a 6-page, tersely-worded letter that said, while the council had areas of “conceptual agreement” with the goals of the bill, it also had a long list of “substantial concerns,” which came down to the observation that the proposed law did not strike a workable balance between “public safety” and “the administration of justice.”

Still, the council members told the bill’s proponents that they understood the bill was “a work in progress.”

By August, when the governor’s office sent out a statement that he would sign no bail reform bill this year, Brown’s tone was optimistic, according to the Sacramento Bee, in that he indicated his intention to work with the chief justice, and the bill’s author, state Sen. Bob Hertzberg, D-Los Angeles, plus Assemblyman Rob Bonta, D-Alameda, who had authored a similar bill, that also failed.

“I believe that inequities exist in California’s bail system,” Brown said, “and I look forward to working this fall on ways to reform the system in a cost-effective and fair manner, considering public safety as well as the rights of the accused.”

The Glacial Pace of Reform

The movement to reform the nation’s cash bail system arguably began 53 years ago in 1964, when then-U.S. Attorney General Robert Kennedy told the U.S. Senate, “Every year in this country, thousands of persons are kept in jail for weeks and even months following arrest. They are not yet proven guilty. They may be no more likely to flee than you or I. But nonetheless, most of them must stay in jail because to be blunt, they cannot afford to pay for their freedom.”

That same year, Kennedy instructed all United States Attorneys to recommend the release of defendants on their own recognizance “in every practicable case.”

Yet, in the more than half-century that followed, the inequities of the cash bail system seemed to get worse not better.

“Approximately two-thirds of California’s jail population—nearly 48,000 people—are unsentenced and awaiting court proceedings,” wrote Cantil-Sakauye in her essay for the Harvard Law Review blog. “This figure includes those who are public safety risks and ineligible for release, but it also includes a large number of people who are eligible for release but have not, or cannot, afford to post bail.”

Such a situation does little to promoted the public’s trust and confidence in, as she put it, “procedural fairness.”

The Usual Disproportionalities & the Addiction to the Cash

In her Harvard essay, Cantil-Sakauye also referred to the multiple studies showing that “Black and Latino accused are more likely to be detained pretrial than White,” and that those same non-white accused “are less likely to successfully post money bail as a condition of their release.”

Nationwide, she said, the number of pretrial inmates in jail “has grown at a much faster pace than sentenced inmates,” despite still “historically low crime rates.”

Part of the problem, according to the chief justice, is the fact that states “have increased their reliance on money bail bonds.” Simply put, many states have become addicted to the nice mountains of cash that bail bonds produce.

The big reform states when it comes to pre-trial systems are Kentucky, New Jersey, New Mexico, and Washington D.C.

Although California’s proposed state law still needs work, there are steps being taken at the county level. For example, in March of this year the Los Angeles County Board of Supervisors passed a motion to look into ways to reform the county’s bail and pretrial release system.

Cantil-Sakauye and the Judicial Council are also working at a local level with a “Recidivism Reduction Fund Court Grant Program” that helps eleven other counties promote the use of “pre-trial risk assessment tools” to “provide judges with additional information about the risk of releasing a non-violent accused before trial.”

Cantil-Sakauye sees her work on the issue, not as activism, but as a natural extension of her job.

“As Chief Justice, it is my administrative responsibility to engage in civil discourse, to research, to listen, and to speak on issues affecting equal access to justice for all,” she concluded in her Harvard Law essay. “In the words of Dr. Martin Luther King, Jr., as he sat in a Birmingham jail, ‘Injustice anywhere is a threat to justice everywhere. We are caught in a network of inescapable mutuality. We are tied in a single garment of destiny. Whatever affects one directly, affects all indirectly.’

With those thoughts in mind, WitnessLA looks forward to the results of the report soon to be released by Cantil-Sakauye’s Pretrial Detention Reform Work Group.