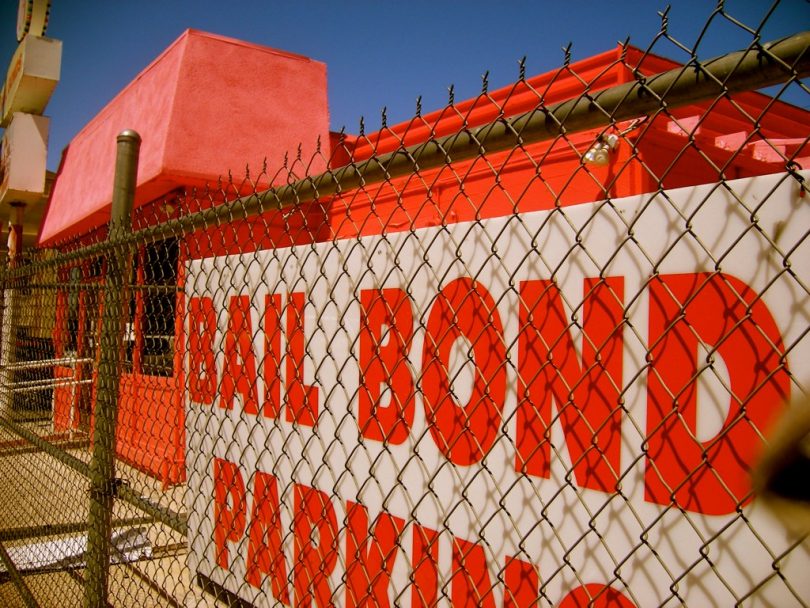 Last March, the Los Angeles County Board of Supervisors voted to explore possibilities for reforming the county’s cash bail system.

On Friday, the Office of County Counsel came back with a report commissioned by the board through the March 2017 motion authored by Supervisors Sheila Kuehl and Hilda Solis. County Counsel analyzed the county’s current policies and practices surrounding bail and pretrial release and returned to the board with a timeline for creating and piloting a new risk assessment tool and other pretrial services.

The Problem With Cash Bail

In Los Angeles and across the nation, cash bail has a disproportionately negative impact on poor and minority Americans, and has greatly contributed to overcrowding in jails.

Nationally, rapidly expanding jail populations can be attributed, in part, to a growing reliance on pre-trial detention, according to a May report from the non-profit Prison Policy Initiative.

In LA, nearly half of the county’s jail inmates are being held while they await trial—usually because of an inability to post bail.

And between May 2016 and May 2017, defendants in LA County paid approximately $173 million in non-refundable cash to bail bondsmen, and $13.6 million directly to the courts, according to a report commissioned by CA Chief Justice Tani Cantil-Sakauye.

“Rooted in financial, social equity, and justice considerations, there is a growing acknowledgment that the current money bail system in Los Angeles County deeply needs reform,” Supervisor Solis said. “Despite a court’s determination that someone is eligible for bail, and therefore poses only a minimal threat to public safety, far too many people remain in jail simply because they cannot afford bail, often losing their jobs, their housing, and in some instances, even their families.”

The National Movement Toward Calculating Risk With Algorithms

Risk assessment efforts have been praised as a means of reducing the country’s astronomic prison population and corrections spending by calculating the likelihood that a person will return to court or commit a new crime if released, based on factors like the individual’s prior convictions, if they have failed to appear in court before, their current charge(s), education, employment, and age. Judges then use these risk assessment reports to inform their decisions about whether individuals should be released before trial.

“Using a validated pretrial risk assessment tool also reduces bias and subjectivity in pretrial release decisions and helps identify which conditions, if any, should be required for those who are released,” the report states.

Not everyone agrees about the benefits of relying on risk assessment, however. Critics, including San Francisco Public Defender Jeff Adachi and Human Rights Watch, have said that using algorithms to determine who should be kept in jail is a practice prone to racial and economic discrimination.

Through its research, County Counsel found that judges in the counties it observed “expressed the value they place on pretrial reports, which provide detailed background information about detainees, such as employment history, residential stability, previous failures to appear, criminal history, and community ties.”

Judges were also more likely to allow individuals to leave lockup if there was a system in place for the supervised release of pretrial detainees. “The supervised release programs in these jurisdictions had varying levels of supervision (e.g. low, medium, high) and monitored a variety of pretrial release conditions, including court appearance reminders, electronic monitoring (GPS monitoring units), face-to-face meetings, random curfew checks, and drug rehabilitation treatment,” County Counsel wrote.

Under current California law—“independent of any proposed legislation”—LA County would be able to “create a robust pretrial services program,” according to the report.

However, if passed, the state’s proposed bail reform bill, SB 10, would change the landscape of pretrial detention in California’s 58 counties.

The supes’ 2017 motion pointed to the possibility of having defendants submit a refundable 10% deposit directly to the court. According to County Counsel, this would be possible if SB 10 is passed, but otherwise, current state law only authorizes pretrial individuals to deposit the entire bail amount with the court.

So, What’s the Plan?

After gathering data and receiving input from other counties as well as LA County stakeholders, County Counsel has created a two-phase plan for moving forward with bail reform in LA County.

During Phase 1, which started in February, County Counsel has convened a steering committee to choose a risk assessment tool “and means of using and validating” the tool, as well as identifying “resource and training requirements” for the tool of choice. At the end of Phase 1, in June, County Counsel will return to the board of supervisors with an update on progress.

During Phase 2, which will start in June and end in December, the project will move on to developing a pilot program to test risk assessment and pretrial supervision on “a limited population at a specific site.” County Counsel’s team will also set up a system for data collection so that the county can evaluate the program on an ongoing basis. The project would then move on to creating and implementing training for the risk assessment tool, and launching the pilot program. After monthly meetings with the steering committee regarding the pilot’s progress and any wrinkles to be addressed, County Counsel will return to the board of supervisors once more with recommendations for system-wide cash bail reform.