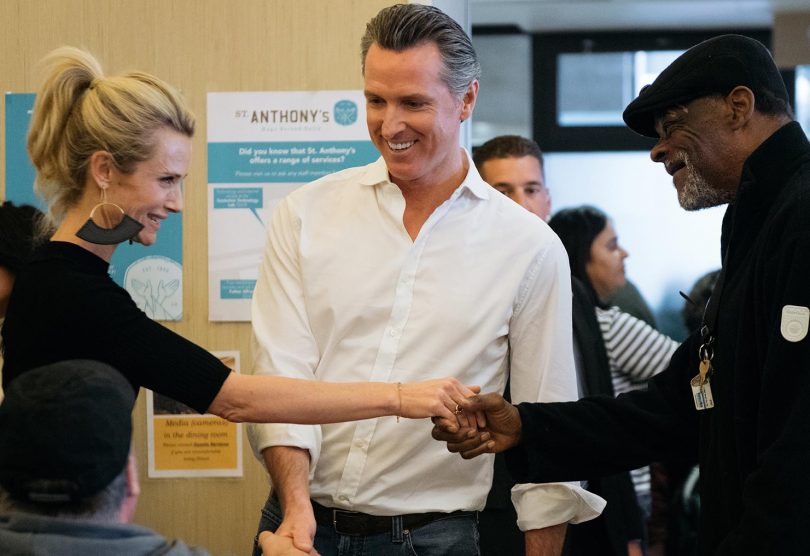 California Gov. Gavin Newsom (D) promised to “end the juvenile justice system as we know it” on Thursday as he unveiled his first budget.

On a day when he announced major investments in early childhood education, home visiting programs and higher education, Newsom said that big changes are coming to the state’s Division of Juvenile Justice.

According to Newsom’s budget proposal, the Division of Juvenile Justice (DJJ) would be moved from the California Department of Corrections and Rehabilitation (CDCR) to a new department under the Health and Human Services Agency.

“This change will enable the state to better provide youth offenders with the services they need to be successful when released,” the proposal reads.

DJJ Director Chuck Supple, who was sworn in in 2017 but has worked at DJJ for nearly 15 years, said that the potential reorganization would help the agency deliver on its rehabilitative mission.

“The governor’s proposal offers DJJ an opportunity to create a department from the ground up to deliver fully on our mission to help young people return safely to the community and become responsible and successful adults,” Supple wrote in an email to The Chronicle of Social Change.

Newsom did not provide further details on Thursday, but suggested that he would flesh out the idea soon.

“I want to make a separate announcement because I think it’s a big deal,” he said at a press conference.

CDCR currently oversees both the state’s adult prison system and a small population of juveniles incarcerated at three facilities, plus a fire camp. According to an analysis from the state’s Legislative Analyst’s Office last year, the DJJ held 578 serious youth offenders in three state detention facilities as of October 2018. That number has seen a steep decline over the past 20 years, dropping from a high of nearly 10,000 youth at end of the 1990s. Since the realignment of the state’s juvenile justice system in 2007, most youth are now housed in secure county-run juvenile halls, camps and ranches.

The state’s Department of Finance estimated that spending per youth at DJJ facilities now costs more than $300,000 a year. The DJJ has been plagued by poor recidivism outcomes—three quarters of youth who exited from a DJJ facility in 2012 were rearrested within three years, according to the most recent evaluation—as well as concerns from advocates about violence at facilities and young people’s access to mental health resources.

Several California legislators were quick to endorse the move.

State Sen. Nancy Skinner (D), who chairs the Senate Public Safety Committee and the subcommittee that oversees all of the state’s expenditures related to criminal justice, welcomed the reorganization of DJJ.

“I applaud the proposal to shift the Division of Juvenile Justice from CDCR to Health and Human Services,” Skinner wrote in a press release. “I look forward to the emphasis on treatment for these young people, as opposed to punishment without opportunity.”

“For far too long we have been treating our children as adults instead of providing them with developmentally appropriate rehabilitation services,” Jones-Sawyer said in a statement.

The proposal did receive pushback from the state’s association of probation leaders. DJJ’s move could endanger “the great movement we have made in juvenile justice over the last decade,” said Stephanie James, president of the Chief Probation Officers of California.

“With record lows of juvenile detention rates and juvenile arrest rates, in addition to historic levels of investment in evidence-based programming for youth, this budget raises concerns by making significant changes to how California will continue to protect youth and continue to protect public safety,” James wrote.

On Thursday, Newsom also announced that he was penciling in nearly $1.8 billion to support early childhood education, childcare and home visiting. The budget also included more than $100 million for screenings for Adverse Childhood Experiences (ACEs) and developmental screenings.

State lawmakers will consider the governor’s proposal and must sign off on a spending plan by June 15. By law, California’s governor must endorse a balanced budget by the end of June.

In top photo of California Governor Gavin Newsom, center, announced the first draft of the state budget on Thursday in Sacramento. Photo courtesy of the State of California.