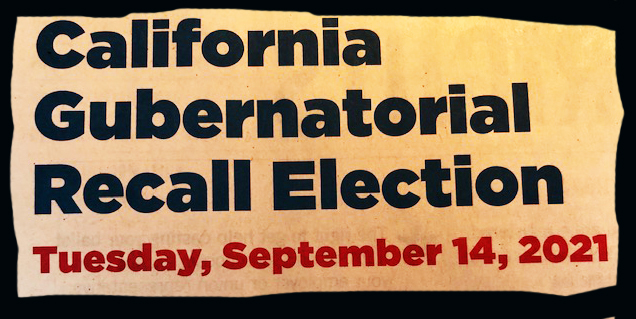 While the votes are still being counted, the recall election was called before 9 p.m. on Tuesday night, with 64.3 percent of those who voted on the matter choosing to spike the recall.

Californians, many of whom have their criticisms of California Governor Gavin Newsom, did not, it turned out, want to replace him, particularly not with any one of the cast of characters who wished to step into his gubernatorial shoes, including the Donald Trump-endorsed leader of the replacement pack, radio host Larry Elder, who — before the polls had closed, and any votes had been counted — was already predicting that the election would be fraudulent.

For more on the run up to the recall in California we suggest that you read Tuesday’s story by Laurel Rosenhall, who covers California politics for our friends at CalMatters.

Then read what her colleague Ben Christopher has written about the ways in which Tuesday night’s vote will jump-start Newsom’s 2022 re-election campaign,

No local publication has done a better job of keeping track of the many facets of this crazy recall season than CalMatters.  So when you finish reading Rosenhall’s story, which we have republished here, go over and read more of their excellent coverage.