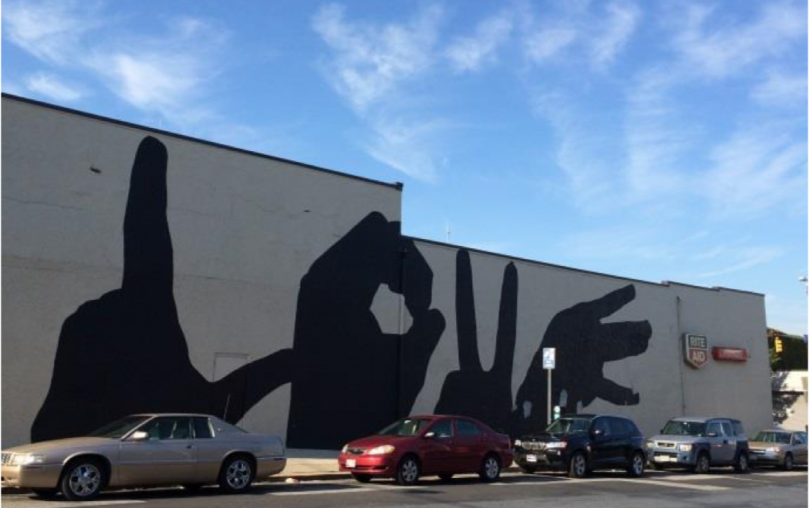 When a group of community organizations in Baltimore came together in 2015, they already knew trauma figured large in many lives. There was violence in the community, in schools, and in community members’ homes. Police brutality occurred. Many suffered the loss of loved ones to incarceration or death. There were house fires and homelessness. Much of the dysfunction was systemic and rooted in racism, according to a report on a collaborative effort to restructure city organizations and agencies. The goal was to build community resilience.

In 17 months of development — with included trying out, modifying and putting plans into action — what became known as the Baltimore Breakthrough Series Collaborative (BSC) brought together nine different teams, trained and educated 928 people about trauma and resilience.

In that same time, the collaborate screened 638 people for trauma, referred 321 of those people for mental health care, expanded connections to create 27 “trauma-free” zones, and more.

The BSC also embraced a “it’s not for us if it’s not by us” concept of families and community members defining what needed to change in their communities, and how to make that change. Furthermore, they developed their own ways to measure growing resilience—in other words, outcomes.

And now the model they created is being put into place in Oakland, California. For the Oakland participants, the BSC model was a good fit, says Francesca Osuna, the trauma-informed implementation and evaluation coordinator for the East Bay Agency for Children. “We thought it was a good opportunity to bring together agencies that don’t usually work directly together and have them share and learn with each other,” says Osuna, who is coordinating the program planning in the Oakland BSC.

“It’s a good opportunity for them to share their wisdom.”

So, how did it work in Baltimore?

Rochell Barksdale has been able to see the fruits of the training first hand. The mother of two, who lives in Baltimore, took what she learned from the collaborative and, in 2016, started a trauma-support group in the public housing complex where she lives. It’s been growing ever since.

“It started in my home, and when my home got too small, we moved to a church,” says Barksdale, who is a member of the grassroots group Communities United, one of the BSC teams. The trauma-support group, which meets monthly, now gathers at a center at her son’s elementary school, where as many as 16 people attend the meetings.

“I cook food and we talk about different types of trauma,” explains Barksdale, who says that she joined Communities United because it fit in with her values of being raised in the Black Panther era, and was taught to fight for what she believes in.

These days, Barksdale says, it’s within the relaxed environment of the monthly meetings, with the smell of food warming up the room, that people open up. “We’ve had several people whose sons had been murdered or shot in the neighborhood. And we talk about how they felt and what they’re going through.”

It’s an atmosphere, she says, where they offer each other prayers and resources that many did not know were available, as well as small nudges to push people beyond discomfort to seek help.

Breaking through pain and the fear of help

Barksdale used her own experience to help others see mental health care differently.

“When I was 30, my nephew, who was deaf, did not have the aide there to get him off the school bus,” she explains. He got off anyway and the bus ran him over, killing him. Barksdale, who was very close to her nephew, was devastated. She became depressed, anxious and began having panic attacks.

“I went to my medical doctor because I had palpitations in my heart. I couldn’t breathe,” she says. “I feared things I never feared before, and I thought I was dying.”

Barksdale recounted her story to support group members, and explained how trauma can affect the body. Then she told the group members that it was mental health therapy that got her through it. Working with the Brain Architecture Game

The support group that Barksdale founded also hosts speakers who talk about trauma from different perspectives, and offer ways to take action. The experts have variously talked with them about such topics as abuse in relationships, special-needs children, and bullying at school.

The discussion about bullying led several members of the group to show up at a local school principal’s office and demand an end to the bullying that was troubling kids on his campus, according to Barksdale. After several meetings between parents, students and the principal, Barksdale says, the matter was resolved. The bullying actually stopped.

Although Barksdale and others in the Baltimore BSC all received trauma and resilience training, it was offered with the goal that everyone should decide how to best share the information and methods with their own organizations and community members.

In fact, each of the nine teams were invited to select their own method of learning and adapting trauma training to their specific needs, says Kay Connors, a member of the planning team for both the BSC in Baltimore, and the new set of groups in Oakland. (Conners is also the project director of the Family Informed Treatment Center at the Department of Psychiatry, in the University of Maryland School of Medicine.)

For example, she says, “one of the Baltimore BSC teams bought a brain architecture game to teach their board about ACEs and trauma.”

That kind of programmatic flexibility was one of the many draws for the East Oakland Youth Development Center (EOYDC) to be part of the Oakland BSC, says Selena Wilson, the group’s Vice President of Organizational Effectiveness. “I think one of the stickiest things for us has been finding the right set of [trauma training] tools that will work with the population we work with,” which is mainly adolescents, she says.

Most of the tools and handouts are for smaller children or for adults,” says Wilson. And, she says, the material doesn’t really speak to the population her organization serves.

“It’s not really representative of us.

As an example, she pointed to the documentary, “Paper Tigers.”

It’s is great,” she said, “but those kids don’t look like our kids, so it’s not going to resonate very much.

(Editor’s note: “Paper Tigers” is a moving documentary that is well known in the world of trauma research. Set set on and around the campus of Lincoln Alternative High School in the rural community of Walla Walla, Washington, it is produced by Karen Pritzker, and James Redford, son of Robert Redford.) Gathering at BSC Oakland to work on trauma and resilience

“Frankly, we’ve had to make up our own stuff and ultimately we want to share what we’re doing.”

Another flexible element of the BSC model is that each team develops its own way to measure resilience.

In Baltimore, according to the BSC report, one of the teams used something called ProQOL, a tool that measures vicarious trauma, and burnout as well as resilience among workers who provide services to clients who have experienced trauma.

In Oakland, some of the plans for increasing resilience involve developing advisory groups that include community voices, according to Laurel Kiser.

An associate professor In the Department of Psychiatry at the University of Maryland School of Medicine, Kiser is on the planning team for both Baltimore and Oakland, and is assisting with evaluating organizational changes.

For example, one question to measure resilience could be, according to Kiser, “Do those new roles that youth and community members are taking on create in them a sense of empowerment,” an ability to have a voice, and to “feel effective?”

In Oakland, the BSC teams include some of the area’s best known community based organizations:

Youth ALIVE!,which trains youth how to steer clear of violence; Youth UpRising, which uses health, wellness, educational, career, arts and cultural programming to disrupt the cycle of poverty and violence; Youth Homes, a group devoted to helping traumatized and foster youth; the East Bay Agency for Children, which offers safety-net services and training to families and children as well as trauma-informed training to workforces through its program Trauma Transformed; and the UCSF Benioff Children’s Hospital.

To move forward, the Oakland teams are in the process of looking inward at their strengths, where they would like to grow what they are doing in the arena of trauma and resilience, and how they want to measure that growth, according to Osuna.

She says everyone will all meet together again in October. But the she’s feeling upbeat about the direction the teams are going. In past meetings, says Osuna, “there was a general feeling of optimism in the agencies coming together to create more community.”

Journalist Laurie Udesky is a staff reporter for Aces Too High, a news site that reports on research about adverse childhood experiences, including developments in epidemiology, neurobiology, and the biomedical and epigenetic consequences of toxic stress, and where this story first appeared.