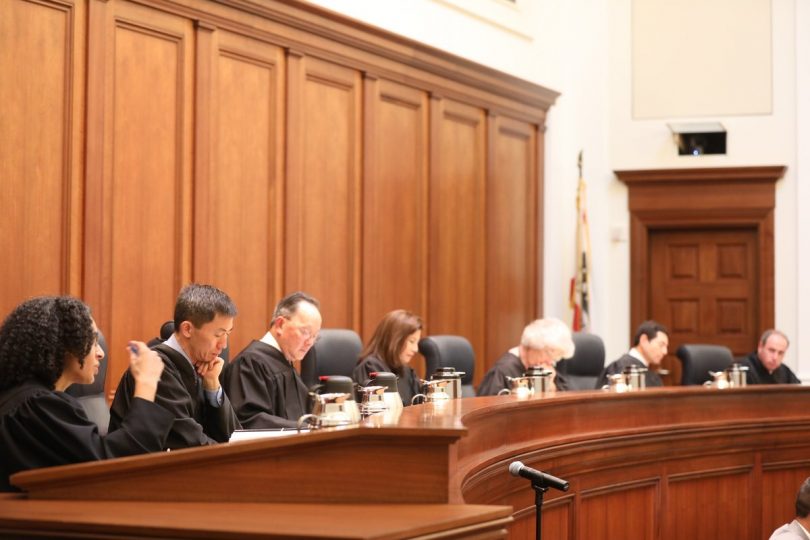 On Wednesday, California Chief Justice Tani Cantil-Sakauye announced the formation of a workgroup focused on reducing racial bias in local courtrooms across the state.

The workgroup is part of CA’s larger movement toward addressing racism in the court system, which as with all major justice system points of contact — from arrest to pretrial actions, to adjudication, prosecution, and sentencing, to incarceration and community supervision — generates disproportionately negative impacts and outcomes for people of color.

The eight-member workgroup will be tasked with drafting updates to the state’s standards for keeping courtrooms free of discrimination, and will consider whether additional groups should be added to those protected under the current standards, whether changes should be made to the complaint process with regard to potential “confidentiality issues with receiving and handling complaints, existing complaint avenues, responsibilities for those who receive complaints, existing education requirements and opportunities, and changes to relevant laws.”

The team is expected to bring recommendations back to the state supremes by next fall.

Over the summer, the state Supreme Court also convened a Jury Selection Workgroup to dig into issues related to “impermissible” racial bias — including unconscious bias — and other forms of discrimination that occur during jury selection, which can, for example, result in the removal of Black jurors in cases involving Black defendants.

“The right to trial by a jury of our peers is central to our justice system, and we must continue to safeguard that right,” said Justice Kathleen O’Leary, the workgroup’s chair.

This year, CA legislators and Governor Gavin Newsom also made progress toward bringing racial justice changes to the courtroom, via AB 2542 and AB 3070.

The latter, authored by Assemblymember Shirley Weber (D-San Diego), addresses peremptory challenges, through which both the prosecution and defense teams can exclude potential jurors without having to give a reason for the decision. In criminal cases in which the accused person faces a death sentence or life in prison, each party may submit 20 peremptory challenges. In most other criminal cases, the maximum is 10 each. For civil cases and for offenses carrying a maximum sentence of 90 days or less, each side gets 6 free challenges.

This practice is often abused by attorneys who dismiss jurors because of race, gender, or sexual orientation without explanation. (The Public Law Research Institute at UC Hastings has an interesting history lesson and some more information on the issue of peremptory challenges.)

Additionally, data shows that juries comprised solely of white people convict Black defendants 16 percent more often than white defendants — a gap in conviction rates that is erased when the jury includes at least one Black person.

AB 3070 would open new pathways for finding intentional and unconscious discrimination in jury strikes. Under the new law, judges will consider whether an “objective observer” would find that a challenge was motivated by bias. The bill, according to the state Assembly, “requires the challenging attorney to state their reasons on the record whenever an objection is made that the challenge is discriminatory. This gives appellate courts more information with which to determine whether discrimination occurred during jury selection.”

The bill, addresses the decades-long “discriminatory use of peremptory challenges … against prospective jurors, and, especially against African Americans, who prosecutors have historically and continue to remove disproportionately from juries,” Assm. Weber says.

The second bill, California Racial Justice Act (AB 2542), introduced by Assemblymember Ash Kalra (D-San Jose), will “prohibit the use of race, ethnicity or national origin to seek or obtain convictions or sentences,” beginning on January 1, 2021.

In 1987, a U.S. Supreme Court decision in McCleskey v. Kemp established that defendants must prove that the prosecution was “intentionally” discriminatory when challenging racial bias in their legal process. This decision set a nearly impossible-to-meet standard of proof. AB 2542 seeks to address this issue.

In addition to prohibiting the use of race in convictions and sentencing, the CA Racial Justice Act will also create a concrete system for defendants to challenge alleged racial bias at trial or after a conviction.