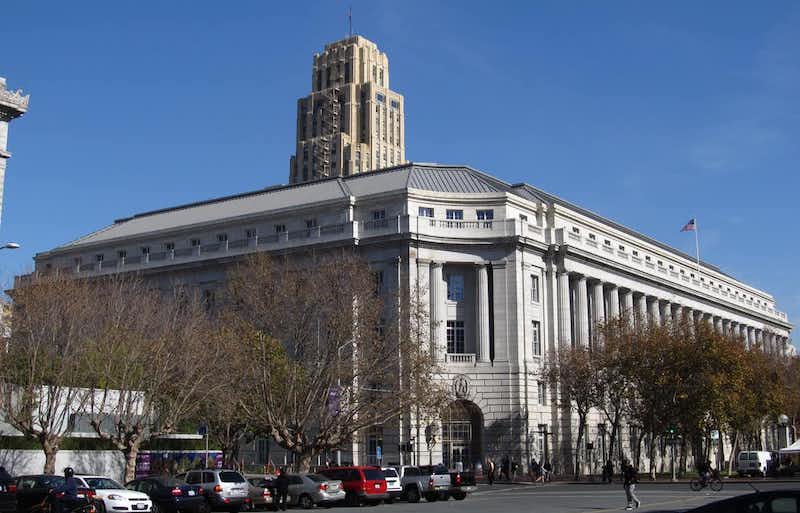 By Austin Sarat, The Conversation

The coronavirus outbreak is affecting broad swaths of American life, including all levels of government. On March 16 the U.S. Supreme Court took the unusual step of indefinitely postponing oral arguments scheduled for at least the next two weeks.

The court held oral arguments in 2012, when Hurricane Sandy had closed the rest of official Washington. It often continues to do business when other government agencies shut down due to snowstorms. In this latest move, the court’s statement said the justices were taking this action “in keeping with public health precautions recommended in response to COVID-19 … The Court will examine the options for rescheduling those cases in due course in light of the developing circumstances.”

The court said it would continue “to be open for official business,” and, as if caught up in the logic of legal argument, noted that “postponement of argument sessions in light of public health concerns is not unprecedented. The Court postponed scheduled arguments for October 1918 in response to the Spanish flu epidemic. The Court also shortened its argument calendars in August 1793 and August 1798 in response to yellow fever outbreaks.”

As someone who has studied law and catastrophe, I think that the court should be focused less on the precedent set when courts need to adapt to conditions such as the coronavirus crisis – and more on their readiness and capacity to continue to discharge their obligations under the Constitution. The courts address some of the most pressing legal issues in the country today. Stopping their work has repercussions for citizens and government officials needing resolution of disputes and authoritative interpretations of the law.

The coronavirus crisis and other federal courts

Beyond the Supreme Court, courts throughout the United States are adapting on the fly to the current crisis.

Last week, the federal court system set up a task force to share information and guidance for the 94 district courts and 13 circuit courts. That task force includes representatives from the U.S. Marshals Service – which helps provide security for judges and courts – and Federal Occupational Health officials, who oversee worker job safety.

Because the task force has yet to issue guidance for the entire federal judiciary, courts are devising their own ways of proceeding. On March 17, the Northern District of California closed four federal courthouses to the public and suspended all jury trials and criminal cases across the district until May 1. If any judge believes a hearing is necessary, the hearing will be by telephone or videoconference.

This is the first mass closing of federal courthouses since the coronavirus emergency began.

Some courts, like the Northern District of Ohio, are continuing to do business as usual. Others have extended deadlines for filing documents or announced that they will hold hearings via videoconference.

Following the 9/11 attack, the 2005 Hurricane Katrina disaster in New Orleans which closed courts in that city, and Hurricane Sandy, many state court systems created emergency plans.

In 2007, for instance, Texas issued a pandemic preparation report that recommended technological changes so courts could continue operating when times required them to “limit face-to-face interactions and … provide for remote proceedings.”

In 2019, Florida officials issued a guide for judges in case of pandemic influenza, which recommended using videoconferencing systems.

Those recommendations build on long experience that state courts have in using videoconferencing.

But it’s still an exception to the normal practice of having plaintiffs, defendants, lawyers and witnesses in court in person. Videoconferences are used when parties cannot be physically present in the courthouse because of disability or illness or when, as in sexual abuse cases, the presence of one party might be dangerous or traumatic for a victim.

However, compared to many other advanced countries, both federal and state court systems in the United States are behind in using videoconferencing in court settings.

Major nations including Australia, Canada, the United Kingdom and India all use videoconferencing quite regularly.

In the U.S., remote testimony is especially controversial when presenting evidence in criminal trials. The Sixth Amendment guarantees a defendant the right “to be confronted with the witnesses against him” – which has been interpreted as, largely, requiring a face-to-face encounter.

In 1990, the Supreme Court found that the Sixth Amendment does not completely ban videoconferencing for witness testimony in a criminal trial. Instead, the court ruled, trial judges should only consider videoconferencing when the prosecution argues for it, and still should consider the constitutional importance of confrontation when deciding whether to allow a witness to testify from a remote location.

Because of their reverence for tradition, courts are not known as particularly nimble and adaptive institutions. But their existing preparations will help. However, some lawyers and scholars worry that in a time of catastrophe due process of law will fall by the wayside in the name of expediency. Criminal defendants, they suggest, might be deprived of full and fair hearings of their case.

All agree, though, that the continued and smooth operation of the courts is especially important to maintaining order, stability and accountability in disorderly and unstable times.

Austin Sarat is a professor of Jurisprudence and Political Science at Amherst College.

This article is republished with permission from The Conversation, an independent, non-profit media organization established in 2014 that publishes news analysis and commentary written by academics, edited by journalists, and aimed at the public. Read the original article.

Image by Ken Lund/Flickr, (CC BY-SA) – The federal courthouse in San Francisco, one of several closed to the public during the coronavirus crisis