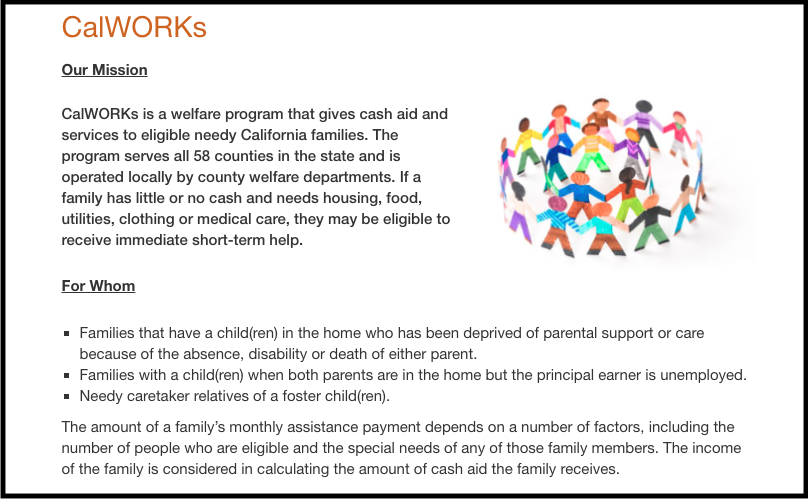 On Tuesday, the ACLU of San Diego and Imperial Counties filed a lawsuit challenging San Diego’s Project 100%, saying the program violates the privacy rights of poor parents seeking help on the road to self-sufficiency and treats “everyone who seeks help as a criminal.” P100 negatively impacts people of color and women, who are disproportionately represented among CalWORKs applicants, according to the ACLU.

The program, run by the county’s District Attorney’s Office and Health and Human Services Agency, is only triggered if a person’s application does not contain signs of fraud. If there are signs of fraud on an individual’s application, the local government launches other anti-fraud operations.

This isn’t the first time the ACLU has taken on San Diego over P100. The organization sued the county back in 2000, as well. The named plaintiff in the 2000 lawsuit, Rocio Sanchez, applied for public assistance after separating from her husband. According to the ACLU, as Sanchez was moving into a new apartment, a P100 investigator showed up at her back door, and questioned her about her estranged husband, and about a pair of men’s shoes and a man’s shirt in the house. The shirt and shoes were her brother’s, Sanchez said.

The case made it to the state’s highest appeals court, where it was shot down. According to the majority ruling, the county does not conduct searches through the program, but rather, voluntary “home visits”–despite the fact that people who do not agree to the visits are disqualified from applying for CalWORKs benefits.

The judge who wrote the minority dissent called the program “an assault on the poor,” and said that the court’s majority ruling struck “an unprecedented blow at the core of Fourth Amendment protections.”

Through P100 more than 9,000 families’ homes are searched each year, according to a 2014 report by the Public Interest Law Project’s Hilda Chan.

The report includes troubling reports from parents subjected to P100 searches. “They looked under the beds, under everything,” S.G. a working mother of three said. “For the first time, my daughters saw me as someone who could not protect them. My daughter asked, ‘Mom, are they going to kill you?'”

Another applicant who had recently escaped from her abusive husband and was staying with her mother says she was denied aid after a home search because she and her child did not have enough belongings to show that they lived there.

A third mother says that she was denied aid because investigators found work boots in her house. “My application was denied because they said I didn’t report my work income, but I really had no job,” R.P. said. “They didn’t believe me.”

More than $1.75 million per year in CalWORKs dollars has been “diverted from aid to needy families to fund the DA’s costs of the County’s blanket search program,” Chan’s report says.

Moreover, P100 “costs more in time and money than any wrongdoing it uncovers,” according to the ACLU.

San Diego County officials say that P100 uncovers fraud in 25 percent of all applications for CalWORKs benefits. According to Chan’s report, the county counts applications that individuals withdraw for any reason, applications denied because the applicant was not home during the two surprise visits, non-P100-related denials occurring through the standard eligibility process, and cases that were first denied through P100, but later approved through reapplication or after a hearing. The county’s Health and Human Services Agency has agreed that the P100 fraud rate has been boosted by these non-fraudulent and non-P100 denials.

“Data trends suggest that P100 is no more effective in determining eligibility than the normal, less invasive eligibility verification tools relied upon by other localities,” the report says. “If P100 actually added a new, effective layer of fraud or ineligibility detection, the application denial rate would have risen at the introduction of P100.” This did not happen, Chan says. The denial rate (43 percent) remained the same in the months before and after P100’s implementation.

In 1999, Los Angeles launched a similar anti-fraud program that included blanket searches of CalWORKs applicants’ homes, but ultimately found the program to be ineffective at finding and deterring fraud.

Chan’s research concludes that “P100’s yearly cost of $1.76 million could instead be used to hire 42 new welfare-to-work employment counselors,” to support CalWORKs applicants as they move toward self-sufficiency.

“Instead of harassing innocent people in need, the county should focus on investigating conduct that actually hurts the community, like wage theft, identity theft, and elder abuse,” says Melissa Deleon, staff attorney for the ACLU Foundation of San Diego. “People seeking help deserve dignity, not criminalization.”

The county should only conduct home searches “with a warrant when there is credible evidence to suspect fraud.”