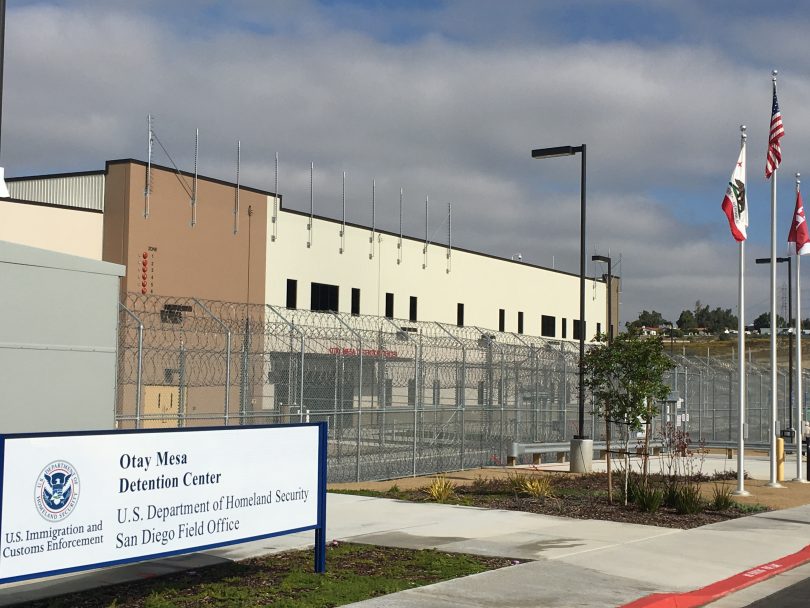 On November 1, 2017, a Congolese woman and her six-year-old daughter arrived at the U.S. Port of Entry in San Ysidro, CA, where the woman and her daughter presented themselves to border agents.

The mother explained in her native Lingala how she and her little girl fled the Democratic Republic of the Congo because, according to a new ACLU class action lawsuit, they feared “certain death” if they stayed due to the violent unrest that has seized parts of the nation since President Joseph Kabila failed to step down after he termed out at the end of 2016.

The woman’s claims about danger back home are further supported by such groups as the Catholic bishops of the Congo, who have expressed deep concern about “spreading insecurity that has affected several provinces in the country,” resulting in roving bands of militia, and “deaths, injuries, arrests, kidnappings, attacks on parishes,” torture and more.

The Congolese mother is a Catholic and she fled the Republic of Congo with the help of the church.

In the woman’s first asylum interview, the asylum officer reportedly called her account a “credible fear interview,” according to the lawsuit.

Nevertheless, the mother—who is described in the ACLU’s amended complaint, filed on Friday, March 9, as “Ms. L,”— was separated from her daughter after four days in detention. Authorities came and took the girl away with no explanation and flew the child 2,000 miles away to a shelter for unaccompanied minors in Chicago, IL, although obviously Ms. L’s daughter was not “unaccompanied.”

When officials took the child, Ms. L could hear her little girl, who was in another room, “screaming and crying, pleading with guards not to take her away from her mother,” according to the complaint.

To date, Ms. L has been separated from her daughter, who turned seven in December, for approximately four months. During the handful of times she has been able to talk to her daughter on the phone, the girl has been “crying and scared.” Ms. L worries about the level of trauma that this separation is causing, especially in view of the already difficult circumstances they left back home.

After Ms. L. and the ACLU filed their lawsuit and moved for a preliminary injunction, on Tuesday, March 6, the government “abruptly released her” from the Otay Mesa Detention Center in San Diego, where Ms. L had been held since early November.

According to the amended complaint (which turned Ms. L’s lawsuit, into a class action suit), the feds informed her that she would be released only a few hours in advance, which allowed her no time to make arrangements regarding where she might stay.

Since her release, the feds have not reunited her with her daughter, who still is being detained at an Office of Refugee Resettlement (ORR) facility “halfway across the country.” In other words, in the same Chicago shelter.

As part of the class action, the complaint also lists Ms. C. a Brazilian woman who is also an asylum seeker, who came to the U.S. with her 14-year-old son.

Like Ms. L, Ms. C. reportedly passed the initial “credible fear” interview. Nevertheless, she and her son have been separated for five months.

While ICE has stated it does not have a formal “policy” of separating parents from their children, According to the ACLU, “it is doing it as a matter of practice.”

According to Michelle Brane, director of the Migrants Rights and Justice Program of the Women’s Refugee Commission, which monitors U.S. immigration detention facilities, there are at least 429 similar cases of parents being separated from children in a manner similar to that of Ms. L and Ms C.

At present, the U.S. Department of Homeland Security has no formal policy to hold adult asylum seekers separately from their children. Yet administration officials have said they are considering separating parents and children to deter others from trying to enter the U.S. to engage in child trafficking.

DHS acting press secretary Tyler Houlton, reaffirmed this point of view in an earlier statement relating to the case of the Congolese woman and her daughter. Houlton said that government officials must verify that children entering the U.S. are not victims of traffickers and that they are with “a bona fide parent or legal guardian.”