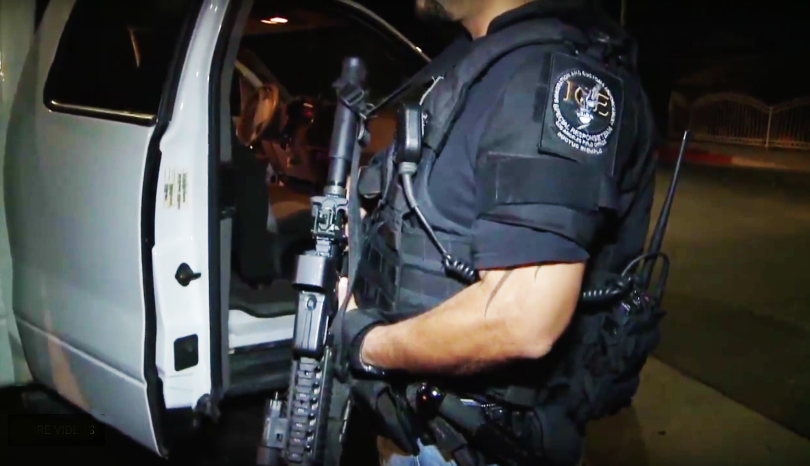 On Wednesday, regional law enforcement leaders from across the nation signed on to support a State of California lawsuit challenging the U.S. Justice Department’s threat to yank crucial federal grants from the cities that don’t go along with the feds demand for local police and sheriffs to work with ICE on immigration enforcement.

Last month, U.S. District Judge William Orrick slapped down efforts by President Donald Trump on a related issue when the judge ruled that the president’s executive order to cut funding from sanctuary cities that limit cooperation with U.S. immigration authorities was unconstitutional.

But Orrick’s ruling didn’t end the intense legal fight over the issue of using federal funding as both carrot and cudgel to bully so-called sanctuary cities.

For this reason, California is suing Attorney General Jeff Sessions for Sessions’ announcement this fall that those jurisdictions that cooperate with ICE in the way the administration now demands will be “prioritized” for two very important grants on which most police agencies depend. One is the Edward Byrne Memorial Justice Assistance Grant—or JAG grant. The other is the Community Oriented Policing Services grant—or COPS grant.

The law enforcement group which filed the brief on Wednesday in the federal District Court for the Northern District of California, is hoping that the court will also step in to block Sessions’ new quid pro quo system of grant giving.

“The loss of JAG and COPS funding,” the group writes in their brief, would deprive their law enforcement and justice systems “of scarce resources” that are “crucial.” Jurisdictions across the country, the prosecutors and police leaders state, rely heavily on JAG and COPS grants to support programs “related to law enforcement, prosecution, corrections, courts, crime prevention and education, drug and mental health treatment, and victim-witness initiatives.”

In other words, the loss of the grants would strike a giant blow against public safety in the jurisdictions affected.

At the same time, according to the national prosecutor/cop group, what the Trump administration is asking them to do in becoming law enforcement handmaidens to ICE is also dreadful for public safety, simply on its face, due to the “fundamental breakdown in trust” this line-crossing creates.

“The criminal justice system functions best when we work with all members of our community in a process predicated on cooperation and trust,” said Denver District Attorney Beth McCann. “All of us will lose if federal funding for important local law enforcement initiatives is tied to conditions that would require jurisdictions to prioritize civil immigration enforcement over promoting public safety and protecting the confidentiality of victims and witnesses.”

Miriam Krinsky, who is another signatory, and also the executive director of Fair and Just Prosecution, goes further.

You can read the brief as well as the list of those who signed it here.

On Thursday, a San Francisco jury of six women and six men voted to acquit 45-year-old Garcia Zarate of the charges of murder in the first and second degrees, and also of the alternate charge of involuntary manslaughter, in the death of 32-year-old Kate Steinle two years ago.

The case has been a flashpoint in the national debate on illegal immigration, due to the fact that Zarate, who was homeless, was undocumented, and had been deported multiple times.

The verdict is expected to be a further flashpoint in the ongoing discussion about sanctuary cities and law enforcement working with ICE.