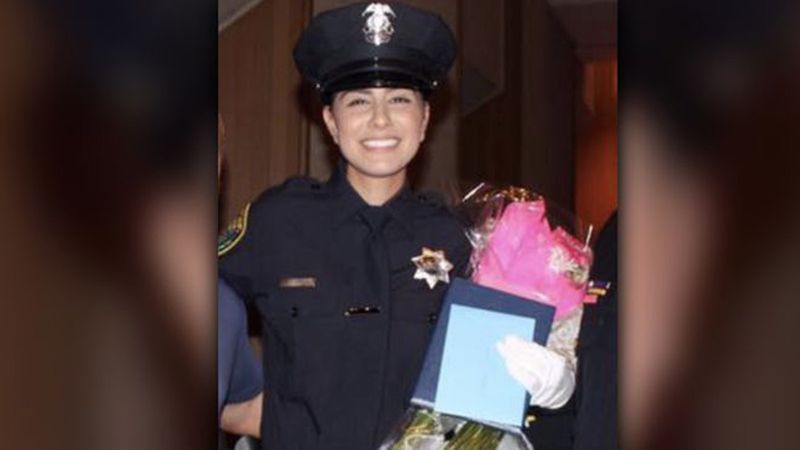 California and its law enforcement agencies have taken a string of extremely painful blows in the last few months with the shooting deaths of two officers as 2018 moved to a close, and now the inexplicable and tragic murder on January 10, 2019, of 22-year-old Davis police officer Natalie Corona, whose father, the immigrant son of farmworkers, was a 26-year veteran of the nearby Colusa County Sheriff’s Department. When Natalie Corona herself graduated from the police academy in July, she expressed to everyone close to her that she was finally doing her dream job, the job that she was meant to do.

Two months before the awful blow of Corona’s death, there was the fatal shooting of Sergeant Ronald Lee Helus of the Ventura County Sheriff’s Office who, at around 11:20 p.m., November 7, 2018, responded to a radio call reporting an active shooter at a well-liked Thousand Oaks bar and restaurant, the Borderline Bar & Grill. 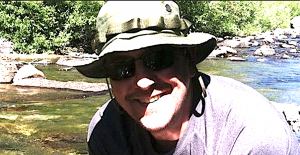 In a stroke of heartbreaking symmetry, the Borderline, as it was known locally, had been the place where 54-year-old Sergeant Helus had proposed to his wife 30 years earlier.

One of the first on the scene, the 29-year veteran sergeant assessed the fluid and deadly situation, where twelve people would ultimately die before the gunman turned his weapon on himself.

Then Helus, who was known as an unusually level-headed tactician who worked nightly to get his fellow officers home safely, decided he saw no choice but to enter the Borderline himself. California Highway Patrol officer who also got the call about an active shooter, and was also early to the scene, entered with him.

In the chaotic seconds that followed their entry, the two officers exchanged fire with the man who had already killed patrons, as others attempted to flee or hide for their lives.  In the firefight, Helus was struck five times by the bullets of the 28-year-old shooter, Ian Long, a former U.S. Marine machine-gunner. There was, however, a sixth bullet that struck Sergeant Helus in the heart, while the other five bullets were “survivable.”

Piling tragedy on top of tragedy, it turned out that the deadly sixth bullet was fired by the CHP officer who, risking own life, dragged Sergeant Helus to what he hoped was safety.

Yet, for the city of Thousand Oaks and the Ventura County Sheriff’s Office, there would be no quiet time to grieve and absorb the tragedy.

On November 8, the day after the mass shooting in Thousand Oaks that resulted in the death of the heroic Sergeant Helus, the shooter, and 11 others, three fires broke out, two of them in Southern California—the Hill Fire, and the Woolsey Fire. The third fire, known as the Camp Fire, was located in the town of Paradise, in Butte County, and would become the deadliest and most destructive fire in California history.

The Hill Fire, which at first seemed serious, was contained fairly quickly. The Woolsey Fire, however, would burn 96,949 acres, destroy 1,643 structures, and prompt the evacuation of more than 295,000 people, killing three.  That fire required the heavy involvement of the Ventura County Sheriff’s Office, along with the Los Angles County Sheriff’s Department.

After the terrifying fires were finally contained, California nearly made it through the holidays without additional disasters, and no officer fatalities. 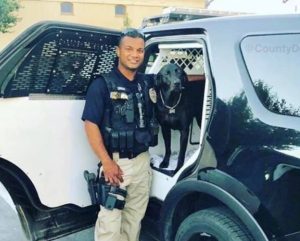 But then at around 1 a.m. on December 26,  the day after Christmas, tragedy struck again when 33-year-old Newman Police Department corporal, Ronil Singh, made what should have been a routine traffic stop, where he was shot multiple times by a man who turned out to be an undocumented immigrant.

Gustavo Perez Arriaga, 32, who after gunning down Singh, attempted to flee to Mexico, but was arrested two days after the murder.

Singh, a native of Fiji, immigrated to the U.S. and became a U.S. citizen, with the purpose of becoming a police officer, according to Newman police chief Randy Richardson.

Singh, who was known around the Newman community for his warmth and his kindness, was working with his K-9 partner Sam, on Christmas night, after having spent the day with his wife, and his five-month-old son, memorializing the holiday with a now heart-tearing family photo—which includes Sam.

Slightly over two weeks after Ronil Singh’s murder, Davis P.D. rookie, Natalie Corona, “a rising star” in her department, would become in the first officer in California to be killed in the line of duty in 2019, when she responded to a three-vehicle, no-injury collision and, seemingly out of nowhere, a man who had nothing to do with the accident, who would later be identified as 48-year-old Kevin Douglas Limbaugh, emerged from the shadows, approached Corona on a bicycle and began firing at the young officer. Limbaugh continued shooting until he emptied his magazine. Then after reloading, he fired at firefighters and bystanders, hitting one fireman in the boot, and hitting a bystander in the backpack.

Limbaugh later barricaded himself in his apartment, and fatally shot himself.

He said he hadn’t seen anyone work harder to be a police officer than Corona.  “She’s just an absolute star in the department,” he said,  “and somebody that pretty much every department member pretty much looked to as a close friend and sister.”

According to Davis police spokesman Lt. Paul Doroshov, Corona’s assailant, Kevin Limbaugh, left behind a peculiar letter accusing the Davis police department of “hitting me with ultra sonic waves meant to keep dogs from barking. I notified the press, internal affairs, and even the FBI about it. I am highly sensitive to its affect [sic] on my inner ear,” the letter read. “I did my best to appease them, but they have continued for years and I can’t live this way anymore.”

Although Officer Corona was the first California officer to be killed in the line of duty in 2019, in 2018, there were 9 other California officers who died while protecting and serving, in addition to Sergeant Ron Helus of the Ventura County Sheriff’s Department and Newman Police Department corporal, Ronil Singh. All of the nine were equally important losses.

According to the nonprofit Officer Down Memorial Page, across the nation, 148 officers died in the line of duty in 2018, which is up from 2017’s 139 line-of-duty deaths.

Yet, although the rise is worrisome, and any number of officer deaths is too many, according to ODMP, the 2018 total is still the third lowest total of U.S. line-of-duty officer deaths this century.