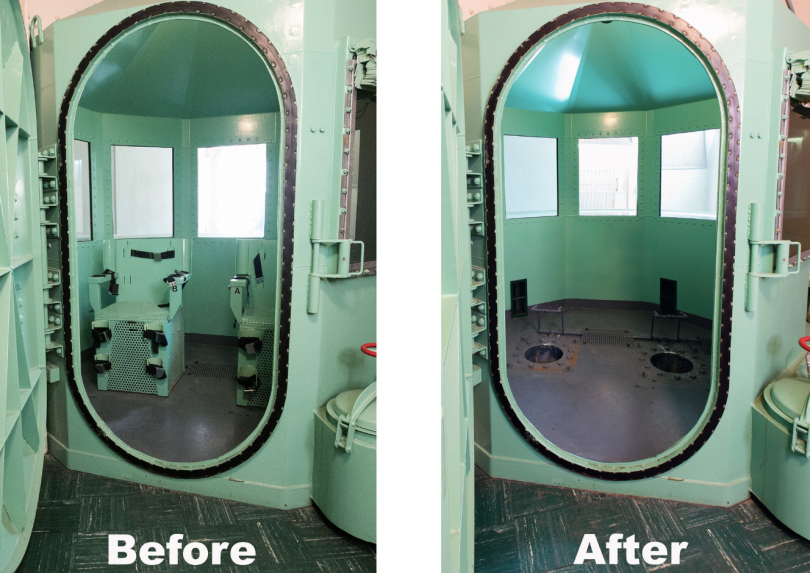 Twenty years ago, most politicians in both parties supported the death penalty. But today, opposition to it has become increasingly bipartisan.

Democrats have always been more wary, but now more conservatives have also become convinced that capital punishment is another failed government program. In part, that’s because the legal process for such cases is enormously expensive, even though few executions are ever carried out.

“When you look at how much money we’re spending, no one looks at that and thinks the death penalty works fine,” says Hannah Cox, national manager for Conservatives Concerned About the Death Penalty, a pro-abolition group. “We’re seeing a real escalation as far as the number of Republican legislators who are sponsoring repeal bills.”

There’s evidence of declining political support for capital punishment all around the country.

Last month, California Democratic Gov. Gavin Newsom declared a moratorium on executions. In October, the Washington state Supreme Court struck down the death penalty, finding it arbitrary and racially biased. In February, Wyoming’s GOP-controlled House passed an abolition bill, although it failed in the Senate.

“This is far too much authority to rest in government,” GOP state Sen. Brian Boner said during floor debate over the Wyoming bill. “Sometimes we wonder if our government can deliver the mail correctly.”

Lately, the spotlight has shifted to New Hampshire, where last week the legislature sent the governor a bill to repeal the death penalty. Both chambers passed the bill by veto-proof margins, with bipartisan support. Once the legislature overrides GOP Gov. Chris Sununu’s expected veto, New Hampshire will be the 21st state to outlaw capital punishment. Colorado and Nevada could be next — both have repeal bills currently pending.

For the first time since the death penalty was put back into practice during the 1970s, a majority of Americans now live in states that have abolished the practice or imposed a moratorium on it, according to the Death Penalty Information Center, which researches the issue.

Still, support for capital punishment has not vanished. Polls show that a majority of Americans continue to back it.

President Trump has called for executing drug dealers as part of his plan to address the opioid epidemic. And last week, the U.S. Supreme Court — where a majority of justices have repeatedly vented frustration with delays in executions — ruled that Alabama can carry one out despite concerns that the state’s method of lethal injection could cause excruciating pain.

But the number of executions has come down fast from its peak 20 years ago. The number of death sentences being imposed has also dropped dramatically.

“The successful abolition efforts have been bipartisan,” says Robert Dunham, executive director of the Death Penalty Information Center. “Democrats are more likely to support repeal than Republicans, but we’re getting to the point where more and more Republican legislators are introducing bills to abolish the death penalty and signing onto bills in states where the repeal effort is bipartisan.”

Back in 1992, while running for president, Democratic Gov. Bill Clinton flew back to Arkansas to preside over the execution of Ricky Ray Rector, a man so badly brain-damaged that he said he was saving part of his last meal “for later.”

“Democrats were still supportive of the death penalty,” says Douglas Berman, a law professor at Ohio State University. “They certainly believed it would be a political killer not to be vocal in saying that, at least in some cases, the death penalty would be appropriate.”

Violent crime rates peaked in the early 1990s, and the tough-on-crime response embraced by Democrats and Republicans at the time culminated in the 1994 federal crime law, which made dozens of additional federal crimes punishable by death.

But by the time the bill had passed, crime rates were already beginning to fall. According to the FBI, violent crime rates plummeted by 49 percent between 1993 and 2017. Property crime rates dropped even more.

The steep national decline in violent crime and murders over the past generation has made it possible for politicians to do something other than seek the maximum possible sentence at every turn. As with the broader criminal justice reform effort, reexamining the ultimate punishment has become a bipartisan project.

“There’s a natural alliance with Democrats,” says Cox of Conservatives Concerned About the Death Penalty. “There are not a lot of issues where the two sides are coming together.”

Concerns About Cost and Innocence

Appeals are filed as a matter of course in capital cases. Relatively few of them result in sentences of death. Among those convicted, DNA evidence has been used to exonerate more than 160 death row prisoners. One prisoner is now exonerated for every nine executions that are carried out.

“It’s well-known that it’s more expensive to put people to death than to keep them in prison for the rest of their lives,” says Daniel LaChance, an Emory University historian who studies the issue. “It all adds up to a really expensive big-government program. There has been a sense, particularly in places that use the death penalty infrequently but have big death rows, of what is this all for?”

California has the largest death row in the nation, with more than 700 prisoners, but the state hasn’t executed anyone since 2006. New Hampshire hasn’t carried out an execution since 1939. In Wyoming, it’s been more than 25 years.

“If you have a sentence on the books, you want it used, and it’s not being used,” says Brandon Garrett, a law professor at Duke University. “The only point of the death penalty is to execute people quickly or it does seem arbitrary.”

Supreme Court justices and politicians sometimes express frustration and even anger about the long delays involved with executions — the endless rounds of appeals, the legal challenges that have blocked execution methods.

“We need to accelerate the process as much as we can,” Mississippi GOP state Rep. Mark Baker, who is running for state attorney general, told the Clarion Ledger recently. “Stories abound of inmates on death row and they’re just not moving.”

But a growing number of politicians wonder whether preserving the death penalty is worth the cost.

“When you talk about death penalty, a lot of people immediately want to have a criminal justice angle on it or a morality angle,” Chad McCoy, the Kentucky House Republican whip and sponsor of an abolition bill, told The Hill. “Mine is purely economics.”

It’s not only lawmakers who have grown more skeptical about capital punishment. Prosecutors have, too.

In part due to the costs associated with capital cases, the death penalty has essentially disappeared from rural counties, says Garrett, author of End of Its Rope: How Killing the Death Penalty Can Revive Criminal Justice. Fewer than 2 percent of the counties in the nation are responsible for half the death row convictions, according to the Death Penalty Information Center.

Not long ago, jurisdictions like Philadelphia County, Los Angeles County and Harris County, which includes Houston, were imposing 10 or more death sentences apiece per year. If Harris County were a country, it would have spent years ranked among the world’s top 10 for death sentences.

But there’s been a changing of the guard in many large counties over the past two or three years, including Harris and Philadelphia. Voters are electing reform-minded prosecutors who are less likely — or completely unwilling — to seek execution as a punishment. Last year, no county in the United States imposed more than two death sentences.

During the mid-1990s, there were more than 300 death sentences imposed annually for three years running. Last year, the total was 42. There hasn’t been more than 100 since 2010.

“There have been zero defendants sentenced to the death penalty in cases prosecuted by this administration,” says Dane Schiller, spokesman for Harris County District Attorney Kim Ogg, who was elected in 2016. (One defendant received the death penalty in a case handled by an independent prosecutor due to a conflict of interest in the DA’s office.) “Three Harris County inmates have been executed, in decades-old cases, since we took office.”

Last year, eight states executed a total of 25 prisoners — down from a peak of 98 in 1999. So far this year, three prisoners have been put to death: two in Texas and one in Alabama.

Not only is the death penalty only being used in a limited number of places, it’s also declining in those places.

Texas and Florida used to impose more than 40 death sentences per year — now the number is less than 10. Georgia, another leading death penalty state in recent years, hasn’t imposed a death sentence since 2014. Virginia hasn’t sentenced anyone to death row for nearly eight years.

During the George W. Bush administration, the federal Justice Department actively sought to pursue capital cases in states where the death penalty was moribund. That’s not happening under Trump, even though he was elected on a pro-death penalty platform in 2016.

“His Justice Department has done nothing, to my knowledge, to speed up executions at the federal level or help at the state level with speeding up capital systems or executions,” says Berman, the Ohio State law professor.

In 2016, the same year Trump was elected, Nebraska voters overturned a death penalty repeal that had been passed by the legislature, while California voters rejected a ballot measure to end capital punishment. But if 2016 seemed to signal a shift back in favor of capital punishment, the momentum hasn’t been sustained.

Under Trump, just three federal prisoners have been sentenced to die. In last year’s elections, two governors who imposed moratoriums on the death penalty — Democrats Kate Brown of Oregon and Tom Wolf of Pennsylvania — both won reelection.

“No one’s yet to see any significant backlash on either side for being either abolitionist or disinclined to support the death penalty,” Berman says.

Mile Wide and an Inch Deep?

Last year, Gallup found that 56 percent of Americans support the death penalty. That was a point higher than in 2017 but still below the level of 60 percent or higher that Gallup found every other year dating back to 1976 — including 80 percent support in 1994, the year of the federal crime law.

Support for capital punishment has weakened, among both juries and the public at large, due to the spread of the sentence of life without the possibility of parole.

“In a place like Texas, a big part of the story is life without parole, which they didn’t have until 2005,” says LaChance, the Emory historian, and author of Executing Freedom: The Cultural Life of Capital Punishment in the United States. “For so long, juries were voting for death because they didn’t trust the system, they didn’t want revolving-door justice.”

Death penalty opponents like to say that support for executions is a mile wide but an inch deep. A majority of people will reflexively say they’re in favor of it but will support alternatives like life without parole, if given a choice, or be troubled by the number of exonerated death row prisoners.

If crime rates increase, support for the death penalty could make a comeback. And many politicians and prosecutors want to keep execution available for punishing the “worst of the worst.” In Florida, for example, prosecutors are seeking the death penalty for the alleged shooter in last year’s Parkland high school massacre.

Death penalty experts agree that the practice will not be completely abolished anytime in the foreseeable future. But both the use of the death penalty and political support for it has declined markedly since the 1990s, when it was a wedge issue that moved many voters. The list of states abolishing the death penalty continues to grow.

“I see the death penalty ending with a whimper, not a bang,” Garrett says. “It may be that the best thing is to allow states and communities to decide what’s best for them.”

Alan Greenblatt is a staff writer for Governing, where this story first appeared.