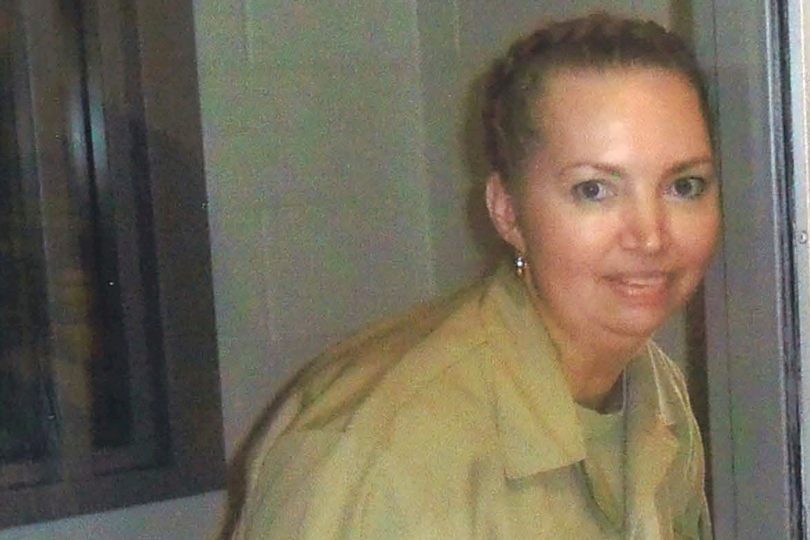 When we last wrote about the case of Lisa Montgomery in a story published Monday night,  we explained that she had been scheduled to be executed Tuesday, January 12, 2021, at 6 p.m. in the death chamber of the U.S. Penitentiary in Terre Haute, Indiana.

But then her execution was stayed Monday afternoon in a ruling by U.S. District Court Judge James Patrick Hanlon of the Southern District of Indiana. 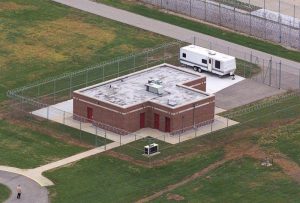 Death chamber of the U.S. Penitentiary in Terre Haute, Indiana.

Hanlon, a 2018 appointee of President Donald Trump, explained in his very well-written and clearly-reasoned ruling why he felt the issue of Montgomery’s mental state deserved a full hearing to determine if executing the woman would be a violation of the law. Hence the temporary stay.

On Tuesday morning, however, a tangle of additional appeals took place, which confused things considerably.

First, the U.S. Court of Appeals for the Seventh Circuit heard the case and knocked down Hanlon’s Monday afternoon stay.

But by Tuesday afternoon, the U.S. Court of Appeals for the Eighth Circuit granted another stay, thus tipping the legal teeter-totter (to mix metaphors horribly) in the direction of life, at least temporarily, for Montgomery.

Then, still later on Tuesday,  the Trump administration took the case to the U.S. Supreme Court where,  early Tuesday evening, SCOTUS shot down still another stay, which had been issued on Tuesday by the U.S. Court of Appeals for the District of Columbia.  So that was two stays that had been issued for Montgomery within the last 24 hours, and knocked down by another higher court.

Yet, late into Tuesday evening, the Eighth Circuit’s stay for Montgomery still appeared to be intact.  Everyone knew, however,  this moment of safety for Montgomery could change at any minute.

For those unfamiliar with Lisa Montgomery’s story, it’s first important to know there is no real doubt that she committed the horrific crime for which she was convicted. A week before Christmas in 2004, Montgomery conned her way into the home of a young pregnant mother named Bobbie Jo Stinnett in the northwest Missouri town of Skidmore. Once inside, she attacked and strangled Stinnett to death and kidnapped her baby, cutting the 8-month unborn child out of her victim’s body with a knife. The baby lived, and Montgomery attempted to pass off the infant girl as her own.

Those pleading for clemency for Montgomery, don’t argue her guilt.  They point to her childhood that was abusive in the extreme, and her resulting deteriorated mental and emotional health.

From the time she was a toddler, into adulthood, Montgomery experienced relentless physical, sexual, and emotional abuse at the hands of her mother,  her stepfather, and a string of other men, according to her cousin, her half-sister, her half brother, and others who had been around her in her youth, including her stepfather’s employer.

When Montgomery’s mother divorced her dad, then remarried, she reportedly allowed her new husband to rape the younger girl repeatedly, putting her in a special room on the family property for that purpose.  The new stepfather also reportedly urged his cronies to gang rape the teenager on multiple occasions, beating her during the rapes, urinating on her afterward.  The horrors, which included being sex-trafficked for cash by her mother as she got older, continued into adulthood.

According to her present lawyers, as a consequence of the abuse, Montgomery has been diagnosed with bipolar disorder, complex post-traumatic stress disorder,  temporal lobe epilepsy, dissociative disorder, and general psychosis. She also reportedly regularly dissociates and hallucinates.

So why didn’t this come to light earlier when she was originally sentenced?

Montgomery’s provably deteriorated mental and emotional health are all glaring mitigating factors that her original legal representation inexplicably failed to present to the jury at sentencing.  Furthermore, they themselves seemed not to fully comprehend the depth of the harm and how the relentless horrors of her own life precipitated the horror she inflicted on Bobbie Jo Stinnett and the Stinnett family.

The wait for life or death

While Montgomery case-watchers waited to see what the Supremes would do,   Sister Helen Prejean’s tweeted the short version of why justice advocates believe it would be wrong to execute Lisa Montgomery.

Lisa Montgomery was tortured, raped and abused throughout her entire life. She experienced a psychotic break and committed a horrible crime. The government has been medicating Lisa for years in an effort to make it look like she is competent. This execution should be stopped NOW!

Then at around fifteen minutes after midnight,  Eastern time, the word came via Robert Dunham, the executive director of the non-partisan Death Penalty Information Center, that it was over.

The U.S. Supreme Court, he wrote, “has vacated the 8th Circuit [stay], and denied Lisa Montgomery’s application for a delay in her execution based upon mental incompetency, clearing the way for the federal government to execute her.”

And that appeared to be that.

(You can find the links to the last two orders from the Supreme Court, here and here.

The first pertains to Montgomery’s appeal of the 7th Circuit’s ruling vacating Monday’s stay by Judge Hanlon to allow a hearing to consider Mongomery’s competency to be executed. The second vacates the 8th Circuit’s own stay of execution for Montgomery.)

After Tuesday’s midnight Supreme Court ruling, the government didn’t waste any time.  According to reporter/witnesses Michael Tarm and Lisa Hollingworth, reporting for TIME magazine, when the curtain was raised in the execution chamber, Montgomery looked momentarily bewildered. A female executioner “stood over her shoulder, leaned over, gently removed Montgomery’s face mask and asked her if she had any last words.”

“No,” Montgomery said, her voice muffled.  She said nothing else.

Lisa Montgomery is pictured above at the Federal Medical Center (FMC) in Fort Worth, Tex.