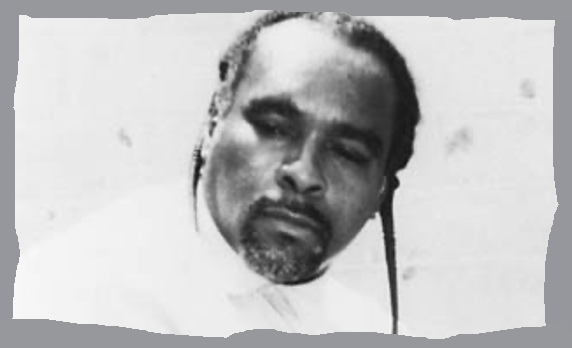 Seventeen years ago, Stanley Tookie Williams died on my birthday.

Executed on December 13, 2005, Tookie Williams, the so-called godfather of LA’s infamous Crip gang, was the second to last person to be given a lethal injection by the state of California.

Thirteen plus years later, on March 13, 2019, Governor Gavin Newsom signed an executive order that instituted a moratorium on the death penalty in the state he leads. That same year,  Newsom shuttered the execution chamber at San Quentin.

“I will not oversee the execution of any person while Governor,” Newsom said when he signed the moratorium

Just to be clear, most years I don’t think about Tooki Williams on my birthday, or any other day.  He’s not someone I ever met.  And he was certainly a person whose actions caused a lot of damage, although he insisted to the end that, whatever else he may have done, he didn’t commit the murders for which he was executed.

My only experience with Tooki Williams was when, two years after his death, I was asked by the Los Angeles Times to review his posthumously-published memoir, Blue Rage, Black Redemption, which led me to delve a bit into the man’s life.  The delving included conversations with a number of people who’d known the author well. But after I finished the book review, that was pretty much that.

This year, however, thoughts of Tooki Williams’ execution unexpectedly kicked in when, on December 13, 2022,  Oregon Gov. Kate Brown commuted the sentences of all 17 people on her state’s death row, substituting a sentence of life without the possibility of parole.

Brown’s actions made Oregon the third state in the U.S.—along with California and Pennsylvania— in which the state’s governor has instituted a capitol punishment shut down.

In a statement about her decision, Oregon’s Brown said that she has “long believed that justice is not advanced by taking a life, and the state should not be in the business of executing people — even if a terrible crime placed them in prison.”

Or, as author and civil rights lawyer Bryan Stevenson has often put it, “The question of the death penalty is not, ‘Do people deserve to die for the crimes they commit?’ I think the threshold question is, ‘Do we deserve to kill?’”

In any case, with all of the above in mind, WitnessLA and I decided to republish my 2007 review of Tookie’s memoir, which is only one of several well-received books the former gangster wrote. Most of Williams other works are books for kids that are aimed at keeping young people out of gangs and other similar harm-producing activities.

In any case, if you’re interested in any of the above issues—whatever your views—please read on.

Beyond the Crips Mythos

In the manner of tribal origin myths, stories about the beginning of the street gang known as the Crips have been set down with varying degrees of authority by academics, journalists and a slew of former gangsters, members of the last usually claiming to have been integral to the gang’s formation. In the most common version, the Crips started as an offshoot of the Black Panthers, the name CRIP an acronym for Community Revolution in Progress. Other accounts claim the name was short for cripple — a reference to the gang’s early style of dress that featured elaborate walking canes as a fashion accessory. A less widely circulated story has it that the name stems from a version of the Crip walk—which, unlike its present-day dance incarnation—once involved a sort of limp. There are still other tales that explain lesser elements of the Crips’ mythos, like the genesis of the gang’s signature blue bandannas.

As it turns out, however, these stories are all dead wrong. The Crips gang was formed in 1971 by two people—Raymond Washington and Stanley Tookie Williams. Washington was killed in a shootout in 1979. Williams was executed by the state of California in late 2005. But he left behind a manuscript that sets the record straight. There are already several South L.A. gangster memoirs on the shelves, the best known of which is “Monster” by Sanyika Shakur, also known as Kody Scott. But none provides the social/historical reach of Williams’ “Blue Rage, Black Redemption.”

As Williams tells it, the truth of the Crips’ beginning was more prosaic than legendary. Two groups of fight-prone high school boys—one led by Williams, the other by Washington—banded together to defend against the South L.A. gangs that were hassling them. The new group originally called itself the “Cribs,” a name selected from options ranging from the macho-sounding “Black Overlords” to the “Snoopies,” after Charles Schulz’s comic-strip dog.

“Cribs” got the nod, but soon morphed into Crips during a bout of drunken revelry when the newly minted homeboys repeatedly mispronounced the “b” as a “p.”

The narrative features other cultural factoids such as the derivation of the now ubiquitous “cuz” (short for cousin)—a Crip-originated salutation to a friend or ally. But, most important, Williams describes how the Crips changed from a group of disaffected teenagers seeking self-protection to an army of gun-wielding, drug-dealing homeboys whose blood feuds would spread grief throughout the city and beyond.

Yet, Williams’ book—which was originally released in 2004 by Damamli Publishing, a small imprint started by his writing collaborator Barbara Becnel— has value beyond the fact that it documents a significant piece of L.A.’s contemporary history. For instance, it is instructive to note how the trajectory that led Williams into Crip life hits all the marks we’ve come to expect whenever troubled boys become gangsters: His biological father was never in the picture; his mother, whom Williams all but deifies, was a pregnant teenager-turned-church woman who thought the way to corral her energetic boy child was to beat him over the most minor infraction, using belts and electrical cords. Only once does Williams hint that what he calls her “biblically-inspired beatings” might have done him emotional damage. “The frequency of the beatings aged me considerably,” he writes of his early childhood. “I became more unruly, distant and indifferent to the predictable consequence of my actions.” When Williams gets out of the house and into school, with a few notable exceptions, his treatment at the hands of the public school system is another dispiriting record of failure.

It is, of course, hardly news to note that angry, lonely boys from poor, violent neighborhoods that offer few resources are the gang world’s primary source of membership. Still it’s depressing to read about the moment when Williams — who once desperately longed to be a Boy Scout — shakes hands with Raymond Washington to officially form the Crips. “Finally, I belonged to something!” he writes.

Yes, of course. And hell followed after.

Williams’ narrative suggests certain crucial points at which, even late in the game, his trajectory might have been altered. The last of these occurs when he, at 18 and the Crips not yet a year old, is assigned by the courts, after a string of lockups for various offenses, into a program in the Banning area called Factor Brookins. The program’s kindly director gets Williams and some of his Crip pals enrolled in the local high school, where they are recruited to play on the football team. Contrary to conventional wisdom, the adolescent gangsters don’t reject the offer, but run straight into its outstretched arms. “Here we were:” Williams writes, “Crips, playing team football, attending classes and actually doing schoolwork. None of us even thought about ditching class or school. . . . For the first time in my chaotic life there appeared a chance to uplift myself.”

The respite from thug life is short. According to Williams, rival schools pressure Banning High administrators to oust the “criminal” newcomers—who then, predictably retreat to the devil they know: Cripdom.

As the title suggests, the book is divided into two parts. The second an account of Williams’ redemption, which begins several years after his 1981 first-degree murder convictions for the 1979 killings of four people in two separate robberies (crimes that, to the end, Williams insists he didn’t commit). He describes his deliverance from the rage that had long-defined him as occurring slowly and without benefit of blinding epiphanies. He credits, among other things, a belated romance with reading and language that was, at first, nurtured by a kindly chaplain who gave Williams a fat Webster’s Collegiate Dictionary, which he inhaled as a new form of intoxicant, then later by a small bunch of literary minded inmates who began to meet regularly—a sort of death row book club.

“Any form of positive awakening behind these walls of chaos,” Williams writes, “can be considered a miracle.”

His fundamental turning point, as William tells it, comes in early 1993 after he is visited by journalist/author Becnel, who eventually became his friend and champion. He confides to her his desire to write a children’s book, and she agrees to help him do it.

It is a tenet of what is known in academic circles as “resiliency theory,” that finding a way to play a constructive role in one’s community is central to any kind of recovery. The principle appears to hold true with Williams, for whom composing cautionary tales about the dead end that is gang membership turns out to be transformative.

“It seemed to melt away the years of being desensitized and callous,” he writes. “I felt a sense of genuine purpose.” He was, in his mind, a kind of “Paul Revere, warning youths about what is coming down the crooked path.”

Until the end of his life, Williams continued to expand his “Paul Revere” role, arranging calls from his death row cell to schools where he spoke via loudspeaker to student assemblies, developing highly detailed “peace protocols,” the final of which is printed following the book’s narrative.

Although we’re all accustomed to reading works by long-dead authors, when the writer has died by government order, it cannot help but give one’s reading experience an unnervingly weird spin, which in turn suggests the following question: When the state of California put Stanley Tookie Williams to death by lethal injection, was it a net gain for the rest of us, or a net loss?

After reading “Blue Rage, Black Redemption,” my vote is resolutely for the latter.

Happy New Year to all.