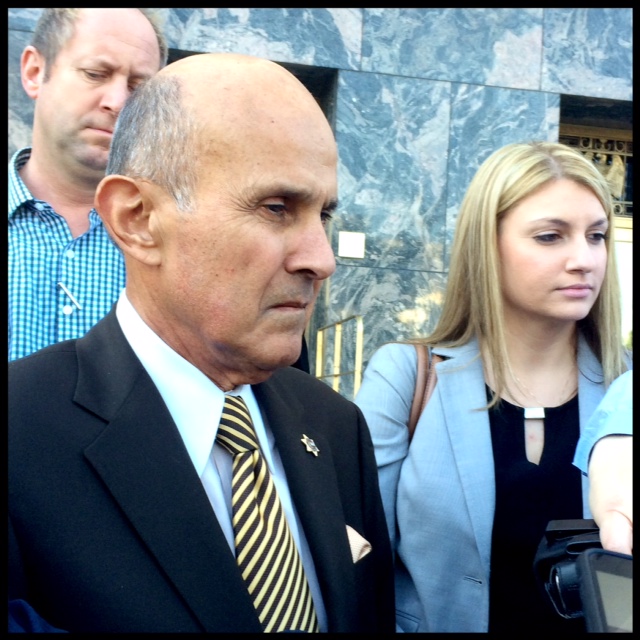 Please forgive the slow pace of my Baca trial updates. I have had a family emergency that has delayed me. Updates by day’s end, with any luck. There’s lots to tell you!

HEARTBEAT OF THE CONSPIRACY OR HONEST SHERIFF WHOSE SECOND-IN-COMMAND TWISTED HIS LAWFUL ORDERS INTO WRONGDOING?

During the first two days of testimony in the trial of former LA County Sheriff Lee Baca, the prosecution began the process of calling witnesses they hope will provide the crucial elements needed if the government’s lawyers are to successfully paint a portrait of Baca as the “heartbeat of the conspiracy” to obstruct justice.

The defense, of course, painted a very different picture in their opening statement, where they also hinted at some of the witnesses they would be calling to fill in their competing portrait.

We’ll have the details of these first days of Baca’s first trial over the weekend, and then more Monday morning.

The photo of the former sheriff is from a court hearing earlier this year.