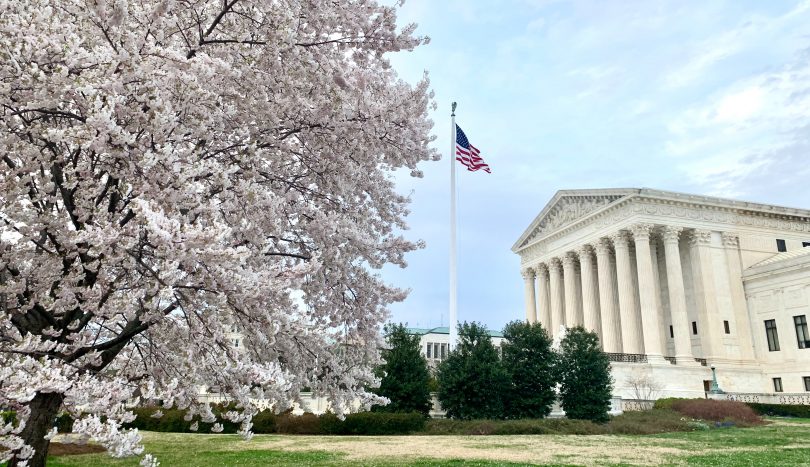 Sunday, Douglas A. Berman at Sentencing, Law, and Policy reminded those of us who are watching such things, that it’s been a while since the U.S. Supreme Court has taken up a “really big and interesting sentencing case.”

Berman brought up the issue because, right now there are three cert petitions before the Supreme Court, any one of which has the possibility of resulting in a significant ruling in the arena of sentencing, should SCOTUS take them on.

(In his day job, Doug Berman is the Newton D. Baker-Baker & Hostetler Chair in Law at and Executive Director of the Drug Enforcement and Policy Center at the Ohio State University Moritz College of Law, and is one of the nation’s best experts in the world of sentencing.)

Mitchell Jagodinski at ScotusBlog has a good rundown on the three petitions in question, which we have also examined, at least briefly.

The first is Osby v. the United States of America.  And the question Osby presents is whether basing a criminal defendant’s sentence on charges of which he or she has already been acquitted by a jury violates the Fifth and/or Sixth Amendments of the U.S. Constitution.

Here’s how Osby’s attorneys put the issue in the their presentation:

“Tell any lay person that Mr. Osby is serving time for charges of which a jury acquitted him and they’d be aghast. Federal judges around the country— including three justices of the current Court—have expressed similar dismay. And rightly so. Sentencing based on acquitted conduct is at odds with this Court’s Fifth and Sixth Amendment case law and the Founding-era understanding of a jury’s role. And sentencing based on acquitted conduct slips yet another ace into a deck already stacked against criminal defendants”

Obviously, there’s more to the story. (The crimes for which Osby was convicted, and those of which he was acquitted, were all non-violent, and related to drug dealing.)  Yet, the attorneys’ description neatly sums up the principle of the case, which is a critical one.

Next is Bryant v. the United States of America, which is particularly compelling after our painful and death-dealing season of COVID.

Here’s the deal.  The First Step Act, passed in 2018, eliminated a previous requirement for the Bureau of Prisons (BOP) to file a motion before a court could grant a federal sentence reduction on grounds of compassionate-release.

As amended by the new law, the federal compassionate-release provision now allows a district court to grant a sentence reduction and order immediate release of someone incarcerated in a federal prison if the court finds both that the defendant’s circumstances are “extraordinary and compelling” and that the sentence reduction is “consistent with applicable policy statements issued by the Sentencing Commission.”

Yet, as sensible as the above sounds, it turns out there’s a problem.  In 2007, more than a decade before Congress enacted the First Step Act, the U.S. Sentencing Commission created a policy statement, which stipulates that only motions filed by the Director of the BOP are applicable for a sentence reduction under the compassionate-release provision.

“The decision has “grave and immediate consequences for many federal prisoners,” write Thomas Bryant’s attorneys.  “Nine courts of appeals have now addressed the question presented, and there is no reason to wait for the issue to percolate any further. Nor should the Court wait for the Sentencing Commission to issue a new policy statement concerning defendant-filed motions.”

(FYI: Thomas Bryant Jr. is a former police officer and first-time nonviolent offender.  He was sentenced 49 years in prison when he was 32 as the result of a reverse sting operation by the FBI to root out drug-related corruption in the police force.)

The third case is Sanders v. Radtke, in which  the Supremes are asked to consider the impact of juvenile status on sentencing decisions.

Fifteen-year-old Rico Sanders was convicted of multiple charges of rape and assault, and sentenced to 140 years in prison with the possibility of parole at age 51.  Sanders’ crimes were terrible, but they were not homicides.  Furthermore, write his attorneys, their client “grew up in an extremely dysfunctional environment,” was sexually abused by his stepfather at a young age, and began trying suicide.  At age 11, he watched his older brother murdered.  After that he joined a gang, and was both shot and badly beaten with a baseball bat. At age fifteen, Sanders broke into the homes of four different women and raped them.

Yet, rather than consider Sanders’ age and emotional condition as a mitigating factors, according to his attorneys, the sentencing court did the opposite. It found that Sanders’s age made him “more dangerous and more deserving of punishment.” Disregarding the state’s requested sentence, the court imposed a sentence of 140 years—nearly three times as long as the prosecution’s recommended minimum sentence and twice as long as the recommended maximum sentence. If that was “warehousing,” the sentencing court said, “so be it.”

Weirdly, the Wisconsin Court of Appeals decided that Sanders was not eligible for sentencing relief under the landmark U.S. Supreme Court cases of Miller v. Alabama, or Graham v. Florida.

Miller (which was argued by attorney Bryan Stevenson), asked if the imposition of a life-without-parole sentence on a fourteen-year-old child violate the Eighth and Fourteenth Amendments’ prohibition against cruel and unusual punishment? SCOTUS ruled that it did.

Similarly, Graham v. Florida asked if the imposition of a life sentence without parole on a juvenile convicted of a non-homicidal offense violate the Eighth Amendment’s prohibition of “cruel and unusual punishment.”  Again, the high court said, yes, it did.

Yet, in Sanders case, the Wisconsin appeals court narrowly interpreted Miller as only “concern[ing] juveniles who committed homicides and were given mandatory sentences of life without parole.”  So…since Rico Sanders didn’t kill anybody, and got 140 years rather than “life,” he didn’t qualify.

As mentioned above, Scotus Blog’s Jagodinski has his own expert run downs on all three cert petitions, which you can find here.

Berman reminds us that the three cases will not be fully briefed until later this summer, so we probably won’t have word on whether SCOTUS will take on any or all of the cases until the court returns in the fall.

Naturally, WLA will be watching.

Photo above by Bill Mason on Unsplash