On Wednesday morning, the Los Angeles Association of Deputy District Attorneys filed a lawsuit, along with an application for a temporary restraining order.  Both legal filings aim to keep Los Angeles County District Attorney George Gascón from continuing to institute a series of reforms that Gascón put in place during the first few days after his virtual swearing on December 7, 2020, and which represent many of the campaign promises he made to voters during the course of the runoff election to unseat two term LA District Jackie Lacey. 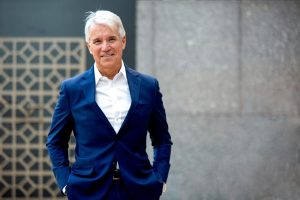 The request for the Temporary Restraining Order — or TRO — which was heard Wednesday morning by Superior Court Judge David Cowen, was meant, as its name suggests, to temporarily force Gascón to withdraw his directive telling the prosecutors he oversees to stop using a list of sentencing “enhancements,” such as certain parts of California’s three strikes law, the California STEP Act (which lengthen a sentence if the defendant is believed to part of a street gang), plus other sentencing strategies that can add years or decades, to someone’s prison term, in addition to the range of prison sentences that the commission of certain crimes already require.

If the judge had granted the TRO, it would as its name suggests temporarily force Gascón to immediately cease and desists with the new reform directives — which the ADDA calls “radical” and “plainly unlawful — while the new lawsuit, makes its way through the court system in the hope of  permanently getting rid of  the same list of Gascón’s reform directives.

“While an elected District Attorney has wide discretion in determining what charges to pursue in an individual case, that discretion does not authorize him or her to violate the law or to direct attorneys representing the district attorney’s office to violate the law,” said Michele Hanisee, President of the ADDA, in a statement issued Wednesday morning regarding why the association she leads had filed the lawsuit against LA County’s new DA. 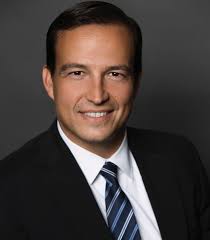 DA Gascón’s reforms place LA County prosecutors “in an impossible position,” he said, “forcing them to ask themselves whether they should follow their legal and ethical responsibilities and risk getting disciplined, even fired, by our new boss? Or do we follow his policy directives and risk losing our California State Bar Cards and, by extension, our ability to practice law anywhere in the state?”

The ADDA was now asking the court to answer those questions, said Siddall.

But when the association’s request for a TRO was heard on Wednesday morning by Superior Court Judge David Cowen, the judge turned out not to be inclined to grant the request for temporary restraining order.

Instead, Judge Cowen reportedly gave the ADDA’s attorney a choice. He and his team could either voluntarily withdraw the request for the TRO, or Judge Cowen himself would formally deny it.

Unsurprisingly, the ADDA chose to withdraw the TRO request themselves.

This means that, in early February, the ADDA’s attorneys will return to the downtown courthouse to try to persuade another judge to issue a permanent injunction barring enforcement of a significant portion of Gascón’s brand new post election Special Directives.  If the judge sides with the ADDA, this will mean that the Deputy DA’s who don’t like the reforms, can pretty much ignore them.

The ADDA’s lawsuit’s comes in the wake of strong push back from some victims rights organizations, which caused Gascón to modify his directive on sentencing enhancements for hate crimes, certain financial crimes, elder and child abuse, and sex trafficking, after meeting with victims’ groups.

Now, Wednesday morning’s filing by the ADDA has drawn its own strong push back from a variety of directions. 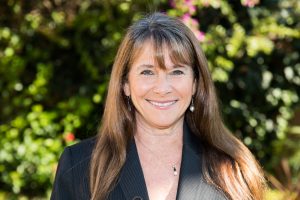 After the Judge Cowen made clear that the restraining order request wasn’t going to fly, Fair and Just Prosecution’s Executive Director Miriam Krinsky, who is a former federal prosecutor, said she found it “disheartening,”  to see Wednesday’s move by the Association of Deputy District Attorneys to block, what Krinsky said was the “unambiguous will” of the voters who elected Gascón over former Los Angeles County DA, Jackie Lacey, by a healthy margin.

Given the ADDA’s “noticeable silence during a long history of relying on prosecutorial discretion to bring more serious charges, pile on enhancements, and ratchet up penalties,” Krinsky said, “this week’s claim that DA Gascon’s policies are somehow ‘unethical’ or ‘unlawful’ and that line prosecutors should not be expected to implement changes that voters resoundingly embraced…”  It “rings hollow,” she said.

Dean of UC Berkeley Law School, Erwin Chemerinsky, along with David Mills, Professor of Practice of Law and Senior Lecturer at Stanford Law School, and Michael Romano,and Michael Romano, Director of Stanford Law School’s Three Strikes Project, similarly questioned the sincerity of the ADDA’s sudden claim that the new DA’s position on sentencing enhancements and other justice reforms, was somehow “unconstitutional,” and that following the new directives would force LA’s assistant DA’s to violate their respective consciences and their allegiance to justice. 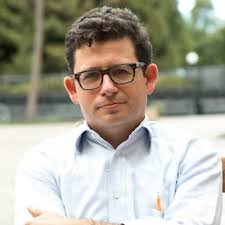 “The California Supreme Court,” the three wrote, has held that California’s various local district attorneys “are given complete authority” to enforce the state criminal law in their respective counties.

“That the [ADDA] now claims the practice to be unlawful is more reflective of their longstanding opposition to reform and the will of millions of Angelenos, than it is the legality of DA Gascón’s directives,” they wrote in a statement.

“DA Gascón’s policies will enhance health and safety in Los Angeles and begin a much needed process to reduce epidemic levels of mass incarceration.”

(It helps to know that Chemerinsky and Romano — in addition to their day jobs — are both members of Gascón’s transition team. Stanford Professor David Mills, along with Romano, was deeply involved the reform of California’s Three Strikes law, and are both expert on the general topic of sentencing enhancements. Chemerinsky is, among other things,  a nationally known expert in Constitutional law.)

Community safety and the rights of victims

Several victim’s rights groups were among those who have voiced strong support for the changes Gascón is working to put in place, and expressed their opposition to the ADDA’s new legal filing.

“The fact is, extreme sentencing laws enacted in California over the past several decades have done nothing to increase the safety and well being of our communities,” said Tinisch Hollins, California state director for Crime Survivors for Safety and Justice. 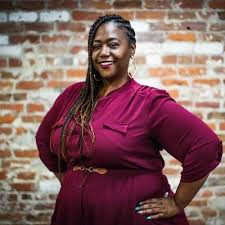 Tinisch Hollins, President of Californians for Safety and Justice

“Instead, they’ve done the opposite, deepening racial disparities, increasing economic insecurity and further destabilizing those communities most impacted by crime and violence.”

A survivor of crime herself, and leader of what is arguably California’s largest network of crime survivors, Hollins said she has dedicated her life to “working to prevent anyone else from becoming a victim of crime, and  making sure all of our communities enjoy true safety.”

But, keeping people locked up longer than necessary through sentencing enhancements and determinate sentencing is not the way to do it, said Hollins.

“Victims deserve better than a tough on crime approach that has never made us safer.  And District Attorney Gascon should be commended for not yielding to the defenders of a failed system.”

After the judge spiked the ADDA’s temporary restraining order request  Gascón, issued his own statement on the filing of the new lawsuit.

“From serving as a beat cop with the LAPD to Chief of Police in some of America’s most conservative and progressive cities, I have spent my life ensuring those who pose a threat to our community are held accountable and kept away from the rest of us.”

(Prior to being the San Francisco DA, George Gascón was the Chief of Police for Mesa Arizona, the Chief of San Francisco PD, and the first Assistant Chief of the Los Angeles Police Department under Bill Bratton, which meant he ran daily patrol operations.)

But during those years, he said, he observed that sentencing enhancements, and the like, “have never been shown to enhance our safety.”

For  these reasons, said Gascón, he has asked the LA deputy district attorneys who make an appearance,  “‘for the people’ to end excessive sentencing practices,” that compromise the “long-term health and safety,” of LA County’s communities.

By the end of the day, Gascon had launched a Victims of Crime Advisory Board.

“As we’ve seen in recent weeks,” Gascon said in the statement containing the announcement of the new advisory board,  “this new approach will take some fine-tuning and a tolerance for change. I invite open and respectful debate based on the facts, however, the people have spoken, the direction is clear and, in the end, we all want the same things – safety and equal justice under the law.”