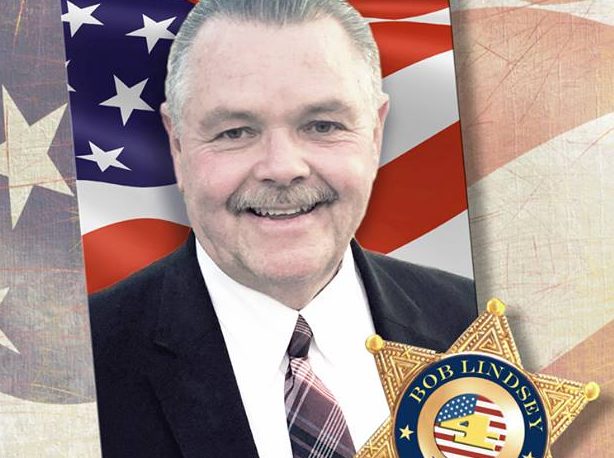 As the California primary election on Tuesday, June 5, speedily approaches, two candidates for the office of Los Angeles County Sheriff hope that one of them can beat conventional odds and make it into the runoff with Sheriff Jim McDonnell, who has done little in the way of obvious campaigning.

Our recent conversation with Lindsey is below.

Both acknowledged that beating the head of LA County’s improved but still troubled agency would be difficult.  But both made a case for why they believe McDonnell is vulnerable.

Using the past as a guide, one might logically set the odds of beating an incumbent LA sheriff as somewhere between zilch and zero.

There was one exception to that rule in the last century or so. In 1998, an upstart named Lee Baca succeeded in beating four term LA sheriff Sherman Block. But, the wild card factor in that race was the fact that, for the last five days before the election, incumbent Block was…well….dead. His supporters kept him in the race anyway, hoping that a victory by the late sheriff’s would put the election in the hands of the members of the LA County Board of Supervisors, whom Block’s people felt they could steer away from Baca.

But, the upstart, who had been closing on his 74-year-old-mentor in the waning days of the race, beat the dead guy. For the next fifteen years no one came close to unseating Baca, until he abruptly announced his retirement on January 7, 2014, amid seemingly unending waves of scandal.

Baca’s departure paved the way for the election of a reform candidate.  Jim McDonnell, who had risen to be second in command of the Los Angeles Police Department before leaving the LAPD to take over the then-ailing Long Beach Police Department, handily defeated his rivals for the position— including the department’s former LASD undersheriff, Paul Tanaka, who was subsequently convicted of obstruction of justice charges and is now serving a five-year sentence in a federal prison in Florence, Colorado.

Former sheriff Baca was convicted of similar charges, and his sentence of three years in a federal lock-up awaits appeal.

When McDonnell was sworn in as LA County’s 32nd sheriff on on December 1, 2014, hopes were high among the rank and file who had been through “a long period of uncertainty and trauma….” as McDonnell put it in his post-swearing in address.

Now, nearly three-and-a-half years later, Lindsey and Villanueva both say that the Sheriff McDonnell has failed to deliver on his promises for reform.  For this reason, the say,  there is room for the right challenger.

Lindsey has been endorsed by the American Federation of State, County and Municipal Employees (AFSCME), along with an additional list of local AFSCME chapters. Then Monday, Lindsey was endorsed by the California Reserve Peace Officers Association, which had enthusiastically endorsed Jim Mcdonnell four years ago.

And, in the last fundraising quarter. Lindsey reported that he has out fundraised the sheriff.

Bob Lindsey, a member of the Los Angeles Sheriff’s Department for 32 years, served in 25 different positions in the LASD, and retired as a commander. He worked with three sheriffs before he retired, Peter Pitchess, Sherman Block, and Lee Baca. Then for much of the seven years since he’s been retired from the LASD, he oversaw the state’s court services operation in LA County.

“So Technically I have 40 years with the agency, so I know a lot about the place,” he said.

Lindsey told WitnessLA that he believes McDonnell’s own lack of up-through-the-ranks experience with the nation’s largest sheriff’s department has been problematic because McDonnell failed to surround himself with the right people, and worse, failed to clear out some of the bad players who had helped the once powerful and feared former undersheriff, Paul Tanaka, drive the department off a cliff.

Not having enough sworn personnel (the department is down more than 1000 positions), has precipitated a long list of other issues, said Lindsey. “When you don’t hire, it causes multiple problems. For one thing, deputies don’t get enough days off. They request days off and they don’t get ‘em. They’re forced to work overtime. And that alone causes a morale issue.”

Overtime also means overspending, he noted, pointing to the department’s approximately $40 million deficit, announced at a board of supervisors meeting in April, that the county CEO largely attributed to unbudgeted overtime (although she wrote that part of the problem was historic).

Lindsey is also critical of other ways in which he said the sheriff has used the department’s personnel.

“For example Internal Affairs is much larger than it used to be.” So is Internal Criminal Investigations Bureau—or ICIB–according to Lindsey. (ICIB looks at cases in which department members are accused of crimes, as opposed to Internal Affairs, which looks at non-criminal policy violations.)

“So if you’ve enlarged those two bureaus, while reducing other community services…if you’re short in patrol, while you’re putting a lot more deputies in IAB…” And morale dives further.

Lindsey and others have claimed that the department has opened an usually high number of investigations on deputies, many of which, Lindsey said, are trivial, while the misdeeds of favored higher-ups go unchallenged.

The perception that large numbers of deputies are under investigation, even for minor issues, has caused stress and further diving morale among many of the rank and file, according to Lindsey.

As a consequence, he said, a great many deputies, while they do what they have to do at work,  have pulled back on proactive policing.

“Deputies believe their careers are endangered any time they use appropriate force,” he said. “This is true in the jails and in patrol. In the jails, if there’s a fight between inmates, deputies don’t want to lay hands on them for fear of being written up. In patrol, they don’t want to take a chance to chase anybody.”

Meanwhile, among command staff, Lindsey said,  various people who engaged in corrupt behavior at the orders of Paul Tanaka, have remained high on the hierarchical ladder at the agency, which Lindsey said is another factor that has adversely affected deputy morale.

As to what he would do differently, Lindsey has a long list.

Among other things, he said, he would be much more transparent, citing the LA Times lawsuit filed in March accusing the department of repeatedly denying the paper’s perfectly legal California Public Records Act requests.

“The community deserves transparency, and they aren’t getting it,” Lindsey said.

He would also surround himself with people who would challenge him.

According to Lindsey, those closest to Sheriff McDonnell,   “don’t want to be the bearer of bad news because they’re afraid he’s going to be mad at them.”  So McDonnell is not hearing what he needs to hear, said Lindsey.

“Unfortunately, that’s not good for anybody.”

On the topic of community relations, Lindsey, whose religion is important to him, said he thinks that deputies should get to know the communities they police, and one way to do that is to stop into religious centers.

Department members should, “go into the church and talk to the pastor. Say ‘hi” to the neighborhood priest. Say ‘hi’ to the rabbi. Say ‘hi’ to the imam. You need to get out of the patrol car, and find out how they thing things are going. This is how you begin making relationships.” And community relationships have everything to do with good policing, he said.

McDonnell isn’t personally spending anywhere near enough time in the communities his department polices, said Lindsey, which means, among other things, the sheriff isn’t “modeling the right behavior” for the rank and file.

Lindsey described a recent meeting he had with a South LA community group during which he said he was asked whether he thought people still got beat up in the county jails.

“I said, ‘Yep. They do.’ And when I’m sheriff, my job will be to investigate those incidents, and when I find out if deputies have beat up someone in the jails,” then he will push for anyone who assaults someone in custody “to be prosecuted.”

At the same time, said Lindsey, “in the community, people need to be upset when someone shoots a police officer.”

But that’s where relationships matter, he said.

Lindsey brought up the controversial shooting by an LA sheriff’s deputy of 16-year-old Anthony Weber in early February. “There was a town hall meeting and the sheriff didn’t go to it,” he says, referring to a highly contenteous emergency community meeting held in a church in Westmont.

“I would have had black pastors out there” meeting with the community. “And I would have gone and sat with that family,” even though, he said, he believes the shooting was likely within policy, and that the kid had a gun. Still sitting with the family in their loss was the right thing to do, he said. “That’s what is not being done. And it needs to be done.”

In conversation about other issues he would improve, Lindsey brought up the department’s loss of the policing contract for LA Metro’s huge transit network, which had belonged to the LASD for more than a decade. Lindsey described ways he said the loss of the contract has cost the department much in the way of collateral damage.

“He should have done whatever it took to keep that contract. And he didn’t.”

The department is also behind in officer training, according to Lindsey, which he said would be high on his list to change.

“I know the conventional wisdom is that you can’t beat an incumbent,” Lindsey told us near the end of our conversation, then repeated his contention he had outraised McDonnell in fundraising in the last quarter.

“My view is this,” said Lindsey. “Jim McDonnell not an incumbent. He’s still a visitor.”