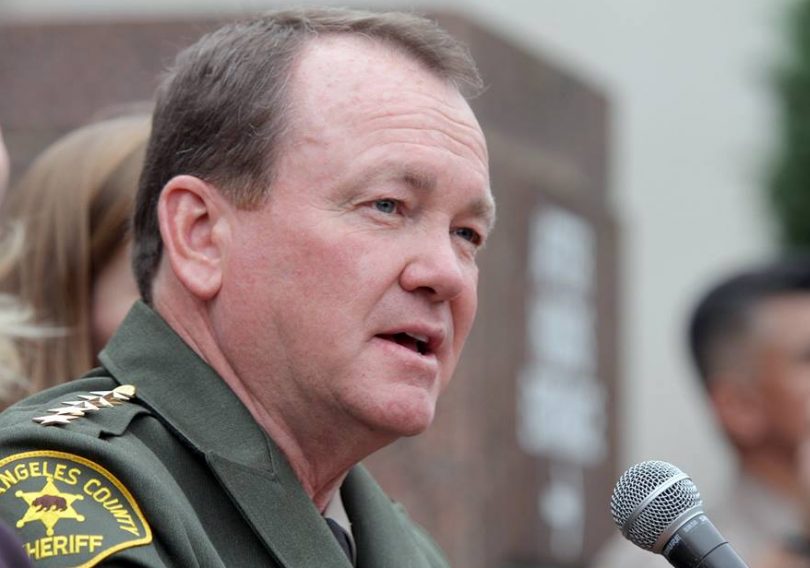 What Does It Take to Get Fired Around Here?

It turns out that firing, or even sanctioning, law enforcement officers in the County of Los Angeles is often not so easy—even when executives of the law enforcement agencies who employ the misbehaving officers feel that firing is necessary for public safety.

Next week the LA County Board of Supervisors may take a large step toward making such terminations or sanctions more achievable by passing a motion sponsored by board members Mark Ridley-Thomas and Sheila Kuehl, which would look into amending the relevant part of the county’s civil service rules to allow “discharges, reductions, promotions or reassignments” of county employees involved with public safety and/or custody, if those employees are found to have deliberately…well….lied, in any consequential way.

The issue came to public notice a year ago when LA Times reporter Cindy Chang reported that LA County Sheriff Jim McDonnell wanted to fire deputies who had lied about significant issues—like, say where a deputy found a gun after an arrest, or whether or not a deputy saw a fellow deputy pummeling a non-resistant jail inmate. But evidently when the sheriff did take action on such employees, he reportedly often found that the county’s five-member civil service commission reinstated the people whom he had terminated.

“My question is, for someone who is proven to be untruthful or lacks integrity or committed acts of theft, insubordination, those kinds of things, where can I put someone like this?” McDonnell said to Chang. “Where can I comfortably deploy people where we don’t have that level of trust?”

(By the way, LA County Probation has reportedly dealt with similar civil service-forced reinstatements that many thought questionable, in the last couple of years, according to department sources close to such issues.)

McDonnell’s distress was understandable. After coming out of a period of scandal that has, to date, produced twenty-one federal convictions, plus a string of high-ticket lawsuits that still show no sign of slowing down, it would seem logical that, for the LASD in particular, barring extraordinary extenuating circumstances, any kind of serious lie proven to have been told on the job should be a deal breaker when it comes to protecting and serving in LA County.

Ridley-Thomas and Kuehl stated as much in their motion:

“… certain public service positions require absolute trustworthiness and when an employee is dishonest, they are no longer qualified to hold such a position and must be discharged or reassigned to a non-public safety position,” they wrote. “This is especially true of peace officers who have been entrusted to protect, honor, and preserve fundamental rights and liberties guaranteed by the United States Constitution. The job of peace officer simply cannot be entrusted to anyone who is not scrupulously honest.”

The issue of lying and the LASD came up in a different but related context last month when an appeals court stopped Sheriff McDonnell from giving the LA District Attorney’s office a 300-name “Brady list.” The list consisted of department members who had been investigated by the LASD and found to have engaged in one or more nefarious activities, the existence of which would qualify as exculpatory information that a defendant in a criminal case should rightfully be told under the landmark 1963 Supreme Court ruling of Brady v. Maryland. (Brady, if you’ll remember, is the SCOTUS ruling that requires prosecutors to turn over to the defense team anything that could be helpful to their client.)

According to a letter from the sheriff to the Brady deputies that the LA Times’ Maya Lau acquired, the violations that could get one on McDonnell’s Brady list included things like false statements, tampering with evidence, obstructing an investigation, influencing a witness, discriminatory harassment, using unreasonable force, and a few more where those came from.

But, although many supported the move, even inside the department, the list never reached the DA’s Office (which hadn’t decided if it wanted the compilation anyway), because the county’s deputies’ union, the Association for Los Angeles Deputy Sheriffs—or ALADS—sued to stop McDonnell from turning it over claiming that the list of 300 violated deputy privacy and therefore state law. A Superior Court judge, followed by a two-judge appeals panel, agreed with ALADS.

Next, the ACLU of Southern California sent a strongly worded letter in support of the commission’s support of McDonnell. (The ACLU also filed an amicus brief in McDonnell’s behalf with the appeals court.)

It mentions a 2014 Amendment to the Peace Officer’s Bill of Rights that authorizes Civil Service Commissions throughout the state to decide whether an officer who winds up on a Brady list should be fired as a result of “conduct that makes him or her no longer a credible witness.”

The motion states unequivocally that “district Attorneys, Sheriffs and Police Chiefs” should track and prepare Brady Lists “to comply with their constitutionally mandated duties,” and to “protect communities and municipalities.” Then it asks county officials to figure out which county employees “might be appropriately subject to a Brady List,” in order, it seems, to figure out who might then, in turn, be subject to the proposed amendment to the civil service rules.

Last week Peter Eliasberg, Chief Counsel of the So Cal ACLU, and Peter Bibring, Senior Staff Attorney, sent another letter, this time praising the new board motion, and strongly suggesting an additional amendment, that would allow the public to “know whether law enforcement agencies in Los Angeles County are maintaining such [Brady] list and voluntarily providing the names of officers on that list to the District Attorney whenever a case has been filed in which an officer on the list may be a witness.

And we will, of course, continue to track this interesting and important interweave of issues.

PostScript: If you want to read what happened in another interesting California case involving Brady, prosecutors, and police privacy issues have a look at this 2015 story of ours.