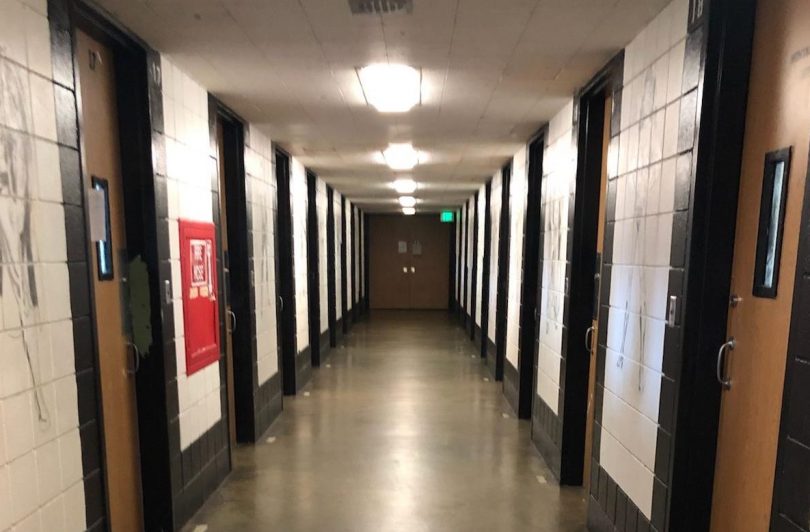 Now a total of two LA County Probation staff members working at Barry J. Nidorf Juvenile Hall have been confirmed to have tested positive for the coronavirus.

According to probation spokesperson Kerri Webb, the new staff member who has tested positive for the virus last worked at the Sylmar-located facility, on Sunday, April 5.  In other words, yesterday.

The 22 kids in the unit where the afflicted officer worked have been separated from the rest of the facility’s population, said Webb in her emailed statement.

At the moment, she said, all the exposed youth are symptom-free “and the parents and guardians of the affected youth have been notified of the exposure.”

This is the second group of kids to be prophylactically isolated from the rest of the youth population due to exposure to a staff member later diagnosed with the virus.

On April 1, 2020, the department released a statement about the first staff member at Barry J, as it is known, who had tested positive.  The 21 youth in the unit where the first COVID-19 afflicted employee worked were also quarantined from the rest of the juvenile hall population.

According to today’s statement, that first group of young people is still in separate living quarters” and the kids “are not displaying any COVID-19 symptoms.”

The two groups of virus-exposed kids are reportedly being checked for any changes in their health twice a day.

According to probation officials, employees are encouraged “to monitor their health on an ongoing basis.” If they do not feel well or are experiencing any COVID-19 symptoms, staff are asked to stay home.

Probation has also increased the daily cleaning and sanitation at each facility.  In the past, at the two juvenile halls, sanitation was one of the chronic problems that had often been flagged by probation commissioners, staff members, and others — along with understaffing in the halls, forcing staff members to repeatedly work exhausting double shifts.

With the arrival of Interim Probation Chief Ray Leyva, combined with the growing crisis of the coronavirus, some of those chronic challenges seem to be improving, according to sources.

Meanwhile, on Tuesday morning at 11 a.m., members of the Youth Justice Coalition, along with public defenders, and a long list of community organizations,  will lead a “car march” around Clara Shortridge Foltz Courthouse and LA County District Attorney’s Office to demand that court and county officials “implement a plan to immediately release” certain youth from probation facilities, along with other COVID-19 related demands.

The organizers point to the COVID-19 cases that have now been reported in the county jail system, and at both Barry J. Nidorf Juvenile Hall, and the juvenile court next door.

The groups are asking for the court to immediately release — from the jails, youth camps, and juvenile halls — those with misdemeanors, “low-level felonies, and technical violations of probation, and to file no new detention orders for those charges.”