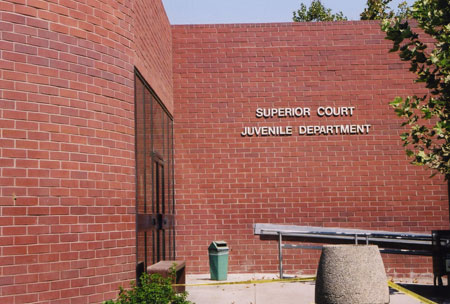 Right now, a lot of people don’t appear to feel safe in most of Los Angeles County’s courthouses. 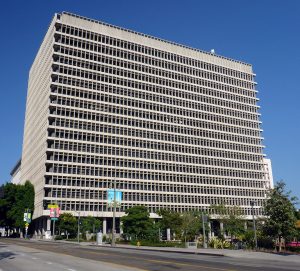 Amid the COVID-19 crisis, the three groups wrote, the Los Angeles Superior Courts “are remaining open without proper sanitization and social distancing policies.”

With this in mind, the attorneys called for a temporary closure of the courts — with limited exceptions for the most urgent public safety matters.

(Among those urgent matters is the ongoing review of cases for possible release from county jail custody, and/or from any other local jails, in an attempt to bring down the population in the county’s massive jails system).

The idea is that the LA Superior Courts, led by Presiding Judge, Kevin C. Brazile, would use the downtime to meet with public health authorities, elected leaders, “and impacted labor unions” to discuss how to best handle this unusual situation, and then come up with some solutions, before court operations resumed.

In an earlier letter, sent to Judge Brazile on March 19, the lawyers’ groups, plus the county’s main law enforcement unions, provided detailed proposals for “critical areas of need.” 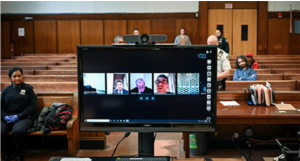 Yet instead of vital changes, the main result was an order from Judge Brazile stating that all non-essential people — namely the public — would not be allowed in Los Angeles County courthouses.

This solved little but did cause Los Angeles Times editorial board member, Robert Greene, to point out in a well-written editorial that excluding the public from the right to monitor its criminal justice system might not be all that, you know, constitutional.

Matters were not helped when, this past weekend, the Sylmar Juvenile Courthouse, which handles youth cases in two courtrooms, was ordered to shut down for three days, after it turned out that a public defender assigned to the courthouse tested positive for COVID-19, meaning that any judges, staff, and other attorneys who might have come in contact with the newly infected PD, who had been caring for an ill relative, needed to go into self-quarantine for 14 days.

It was not clear whether any kids who were in the Sylmar court that day came in contact with the positively-testing attorney. Or if they did, whether the potentially affected youth returned home afterward, or returned to one of the county’s youth facilities, like, say, Barry J. Nidorf Juvenile Hall, which is basically next door to the court, and generally has a couple of hundred young people residing within its walls at any given time.

In any case, it was assumed that the Sylmar incident would be a wake-up call that would stimulate change for the better in the county system.

Yet, as recently as Tuesday, March 24, the attorneys, inmates, deputy bailiffs, and others who went to work in the county’s courts reported that they saw no real changes, but instead encountered situations where “social distancing” was still entirely impossible, and “appropriate hygiene precautions” were utterly absent.

According to the attorneys’ letter, this was especially true for inmates who were transported to the courts from one of the county’s jail facilities, trips that unsurprisingly featured no kind of social distancing.

Then, in the holding cells at the courts, those same inmates reportedly encountered bathrooms without soap or any other way to clean their hands.

“We are hearing daily from members in courthouses around the county of unsafe and unsanitary conditions,” wrote Michele Hanisee, President of the Association of Deputy District Attorneys (ADDA). Yet, the Los Angeles Superior Court (LASC), she wrote, “has not provided the sanitizing supplies they claim to have provided…and bench officers are arbitrarily and without justification denying requests for telephonic appearances.”

To further illustrate the problem, on March 23, Judge Brazile announced that a judge assigned to a dependency department in the Edmund D. Edelman Children’s Courthouse notified the court of being diagnosed with symptoms consistent with COVID-19. Although the judge had not been tested, “in an abundance of caution,” Judge Brazille asked the affected judge and court staff to self-quarantine for fourteen days.  He also said that the court would “make every effort to advise all persons who may have been exposed” to the affected judge, such as attorneys, families, and kids.

The relevant courtroom was reportedly disinfected.

When WitnessLA talked to Nikhil Ramnaney, President of Local 148, the LA County Public Defenders’ union, which had signed on to the letter, he too had a lot to say about the dangers presented for his union’s members.

“None of us can ethically do our jobs without getting close to our clients,” he said. “There’s no method to confidentially speak to clients without it.”

In one Long Beach court, according to Ramnaney, the court’s solution to this problem was plastic wrap. In the arraignment lock-ups in misdemeanor and felony courtrooms, he said, public defenders found that something akin to Saran wrap was covering the small porthole-type windows where attorneys spoke to their clients.

“I think that was their answer to the threat of exchange of respiratory particles between attorney and client,” he noted in a dry tone.

Reportedly, a pilot program for remote hearings is being rolled out in a few of the county’s downtown courtrooms, likely at the end of this week. Yet, until such programs can expand systemwide, it won’t make much difference, say the various attorneys.

“The Los Angeles Superior Courts are now the weakest link in government’s response to the coronavirus,” said the ADDA’s Vice President, Eric Siddall, who expressed his distress at the situation in a separate emailed statement.

“Los Angeles County can shut down visitation to the juvenile facilities and the jails,” wrote Siddall, “but if the lawyers are inadvertently infecting inmates, a public health crisis will ravage our juvenile detention facilities and jails.” At that point, he said, the county “will be left to contend with an even more dire situation.”

“Going forward,” read the statement, “all parties will participate in court proceedings by videoconferencing using Skype. All arraignments will be virtual, with the judge, prosecution and defense attorney, and defendant all from remote locations.”

In Los Angeles County, however, the attorneys say their requests for a similar move do not yet appear to have been followed with any speed or urgency.