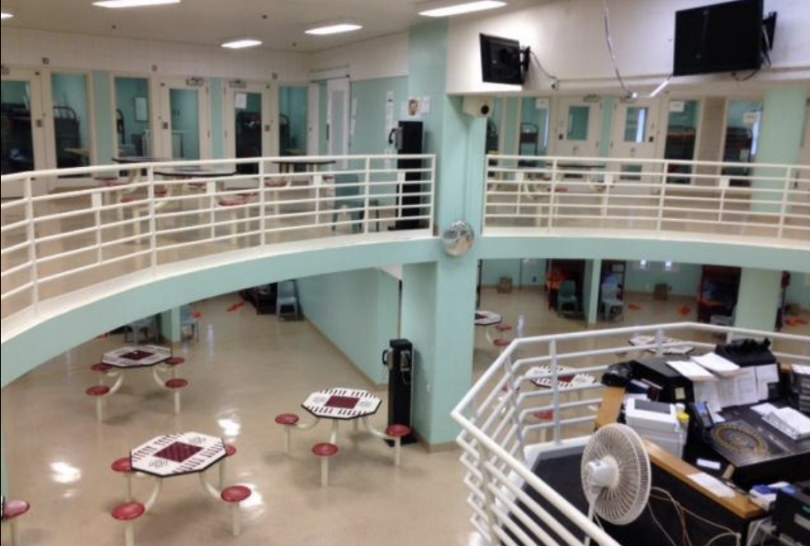 In San Francisco, at least 35 percent of people booked into jail identify as homeless, according to Sheriff’s Department data collected for SF’s biennial point-in-time count of unhoused people. Many more jailed individuals not included in that count “are unstably housed or have experienced homelessness at some point in their lives,” according to Sheriff Paul Miyamoto.

A new initiative, the Just Home Project, aims to reduce the number of people caught between living unhoused and being locked up in local jails in San Francisco and four other jurisdictions — Charleston County, South Carolina; Minnehaha County, South Dakota; and Tulsa County, Oklahoma.

Through the national program, led by the MacArthur Foundation and the Urban Institute, participating jurisdictions will receive funding and assistance in developing supportive housing for justice-involved individuals.

San Francisco will receive $775,000 through March 2024, with the opportunity to collect additional “impact investments” from MacArthur. The Urban Institute will facilitate the program and provide jurisdictions with technical assistance.

“These resources, and the subsequent opportunity to receive investment financing from the MacArthur Foundation, will allow the communities to tackle this problem collaboratively by bringing together government officials involved with criminal justice and housing, nonprofit partners, and impacted community members to develop innovative approaches to this issue,” according to the MacArthur Foundation.

The project will help San Francisco “to address the root causes of crime by connecting our most vulnerable residents to housing and support,” Boudin said.

“We are hopeful that this grant can help pave the way to create a sustainable plan for increased housing access for community members who are systems-impacted,” said San Francisco Public Defender Mano Raju. “As public defenders, we represent many community members who end up in the system as a direct result of unmet needs such as lack of housing, or who cannot get housing post-incarceration because they have been in the system.”

People trying to stabilize after incarceration have to contend with affordable housing shortages, criminal record checks that lead to discrimination from potential landlords and employers, as well as barriers to public assistance, and a host of other “collateral consequences” that follow people home from jail and prison. Criminalization of homelessness, which has historically been a problem in San Francisco, also feeds people back into the jail system, over and over.

“People of color continue to be disproportionately harmed by contact with the criminal justice system and housing instability—these disparities became increasingly pronounced during the COVID-19 pandemic,” said Kelly Walsh, a principal policy associate in Urban’s Research to Action Lab and Justice Policy Center. “As the four selected communities plan for pandemic recovery, the groundbreaking Just Home Project will ensure that housing for justice-involved people is part of that recovery.

San Francisco and the other counties are already participants in the MacArthur Foundation’s Safety and Justice Challenge. The Just Home Project is an extension of that larger project, through which SF received $2 million to support diversion and other efforts to reduce the jail population.

Since the program’s launch, the participating jurisdictions have cumulatively reduced the number of people in their jails by 26 percent, as of January 2022. Separated out, San Francisco achieved a jail population reduction of 29 percent.

It’s worth noting that much of the collective decrease in jail populations among challenge sites occurred in 2020, the first year of the pandemic, when sheriffs and other justice officials across the nation were under pressure to reduce the number of people held in carceral settings. Still, the Safety and Justice Challenge sites’ local incarceration rates dropped more precipitously during that time (24 percent) than the national average (10 percent).

Photo: Inside of San Francisco jail, via SF Department of Public Health report.