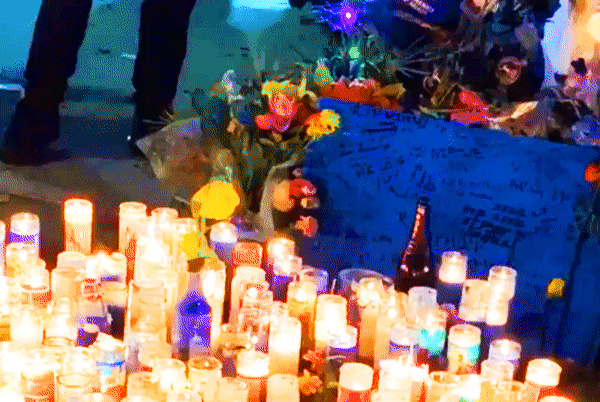 Acts of gun violence are acts of terror. We saw that again in Poway this week. I work for a foundation dedicated to improving the health of Californians. I know that gun violence forces children, families, and communities into a toxic environment of fear and trauma.

One month ago, an act of gun violence struck down Nipsey Hussle, born Ermias Asghedom. Nipsey was a beloved son and brother of South Los Angeles. He was a hip-hop artist, a father and an entrepreneur who supported and invested in his community. He opened Vector 90, a youth center offering classes in science, technology and math; renovated World on Wheels skating rink; fixed playgrounds and basketball courts; was an employer who provided jobs; and was a key partner in Destination Crenshaw, an open-air museum now in development that will celebrate the contributions and history of Black Los Angeles in the neighborhood where he grew up.

In many ways, South LA has been a community on the rise because of the efforts of residents like Nipsey. But once again, the people of South LA must find a way to heal in the wake of tragedy, and we should all be looking for ways to support that healing. The sad truth is that in the week prior to Nipsey’s death, there were 26 other shooting victims and 10 gun deaths in and around South LA. Two weeks earlier still, USC student and musician, Victor McElhaney, the son of Oakland City Councilwoman Lynette Gibson McElhaney, who has spoken out against gun violence repeatedly in her city, was shot dead eight miles from Nipsey’s Marathon Clothing. As of today, there have been 29 gun deaths in South LA this year.

Many are concerned that increasing violence in the community may undermine the progress being made.

Like so many others who have mourned Nipsey these past weeks, his loss struck me in a raw and visceral manner. He was a Black man relatively close to me in age, a brother, father, partner, a friend to so many, a collaborator and ally of those I respect and admire, and a man who was so much more than music.

As Nipsey reminded us in a 2011 interview, gun violence is “not normal.” It jeopardizes every aspect of our lives, whether that be our schools, our businesses, or our ability to trust and connect with one another. The still surreal nature of this moment makes clearthat we need more than prayers. We must interrogate the question “why” and then act. We must work together to honor Nipsey Hussle’s life, and the lives of so many others who have been senselessly lost to violence, by supporting the people of South LA, by investing in efforts to prevent violence and comprehensively address its root causes.

All the interventionists working each and every day in service to community.

Alex M. Johnson is a program director at The California Wellness Foundation, where he manages grantmaking related to preventing violence and strengthening community clinics.